Each weekend since we moved down here, Cindy and I have made vague plans to visit one of Melbourne’s dozens of markets. Apart from one overwhelming trip to the Queen Victoria Markets, we’ve repeatedly found other things 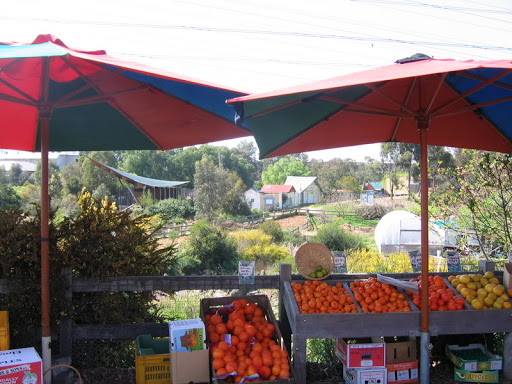 to do with our Saturday mornings. But after a relatively early Friday night, we were waiting down at the tram stop by about 10ish. Following some tram-related delays, we managed to find our way to the Ceres Organic Market in East Brunswick before all the fruit and veg had been sold. The market is attached to a fairly substantial market garden, and the fruit and veg on offer appeared to be limited to stuff that was grown on-site. This guaranteed fresh, organic produce, but did mean that the selection (at least by the time we arrived) was a little limited. Still, we loaded up on veges for our first attempt at making our own stock (Cindy will post about this ordeal shortly), grabbed a pumpkin loaf from the sourdough baker and then just relaxed and soaked up the hippified atmosphere.

The mood was very reminiscent of the West End markets in Brisbane – dozens of fairly tacky craft stalls, little kids and dogs everywhere and a couple of cafes dispensing coffee and other treats. While I wandered around patting as many dogs as I could find, Cindy was getting pretty keen on morning tea. 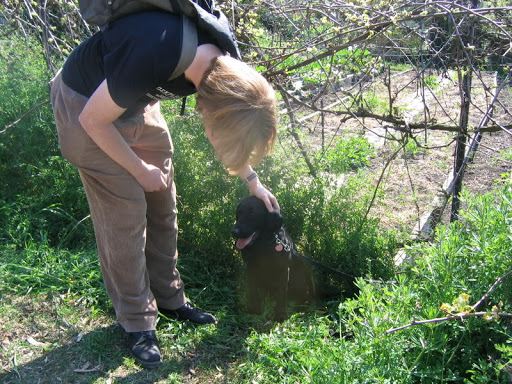 She grabbed herself an almond biscuit and a sparkling blackcurrant drink and I, of course, opted for sweet, sweet caffeine. Sitting in the sunny park with our snacks, the upcoming stressful afternoon of stock-making seemed miles away.