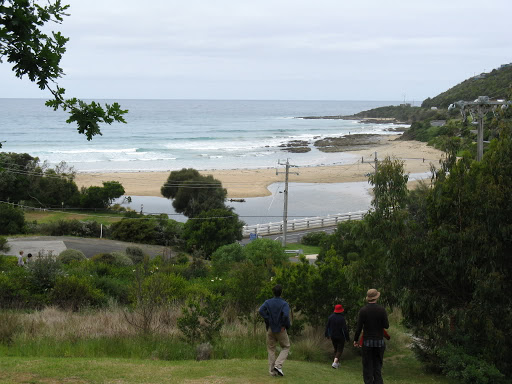 In each of the first two years we lived in Melbourne, I somehow managed to be out of the state for work when the Melbourne Cup came around. Now I'm not a horse-racing fan, so I wasn't particularly upset, but it did mean that we've repeatedly missed out on the traditional Melbourne 4-day weekend in early November. This year we were able to rectify things, deciding to make up for lost time with a five day 'weekend' at the beach with a gang of similarly lazy friends. We stayed here - a beautiful three bedroom holiday house up the hill in Wye River, a smallish town just down the Great Ocean Road from Lorne. 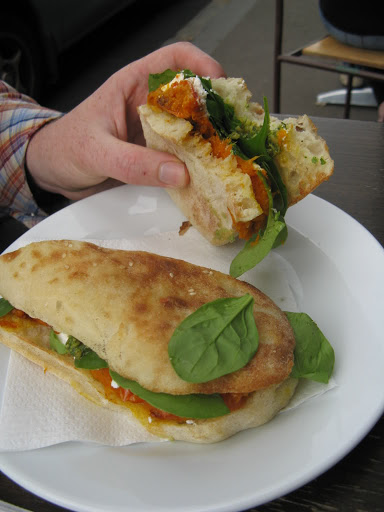 Things started slowly. Mike swung around and picked us up on Friday afternoon and we headed off for the coast. With a quick stop at Fandango for a late lunch: scrumptious Mediterranean foccacia for me and apricot and date toast with cinnamon cream cheese for Cindy. Fandango = awesome. 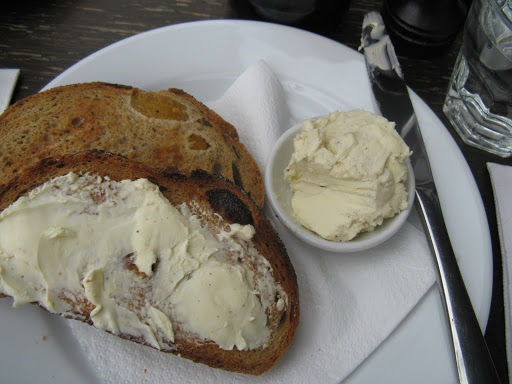 By the time we made it down to Wye River (and up the perilously steep driveway), a grim kind of drizzle had settled in, precluding too many outdoor adventures. So we hung around the house waiting for the second car-load of people to arrive and gradually getting hungry. Luckily, Cindy and I had come prepared - I'd pre-made a gigantic batch of our roast potato and chickpea curry, which finally heated up just at the rest of the gang pulled into the driveway. On Saturday I got up reasonably early and spent an hour or so on the deck alternately reading and birding. Eventually one of the local king parrots realised that I might be a source of food and came to keep me company. By the time everyone else was up and about, another couple of parrots had come to try their luck. Lesson: parrots eat muesli. 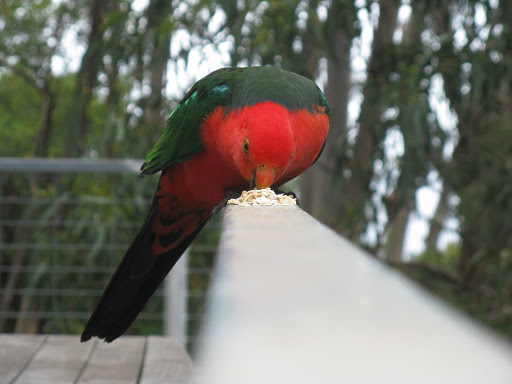 The bureau had made it pretty clear that our long weekend at the beach was going to involve very little in the way of actually beachgoing - cloudy days with temperatures in the high teens were all that Victoria could muster for us. Still, we decided we should get out and about and traipsed into town to see what Wye River had to offer. There's a general store, a pub and a beach - for some reason our first priority was to redirect the river so that it flowed down the beach a few metres east of its original route. I think this would have changed the face of Wye River if the brilliantly constructed dam hadn't been torn down later in the afternoon by anti-progress 8-year- olds. 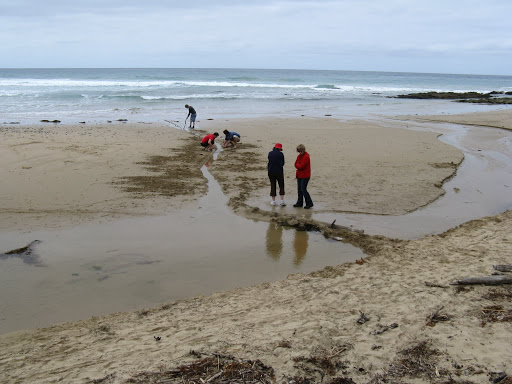 After poking around the town for a while (and deciding that the pub's one vego meal - a $21 vegie stack - wasn't for us), we wandered back up to the house. At this point the xbox lured Lee and Ryan into fierce competition, Mike jumped in the car to go and fetch Jo, and Tracy, Kristen and Cindy decided it was nap time. I decided to take advantage of the lack of rain and go for a stroll up the river and into the forest inland from the town. The major highlights: a couple of koalas, heaps of honeyeaters and parrots and some very peaceful bushland. 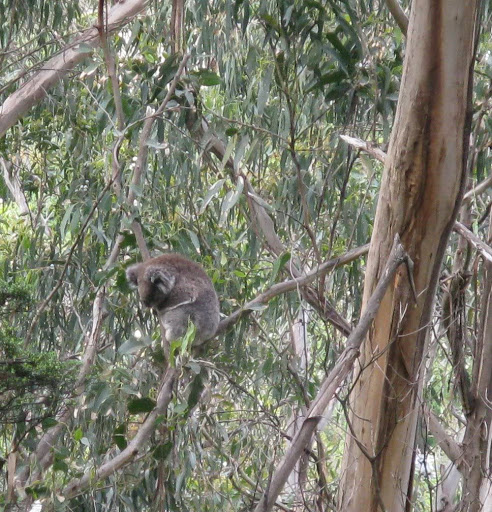 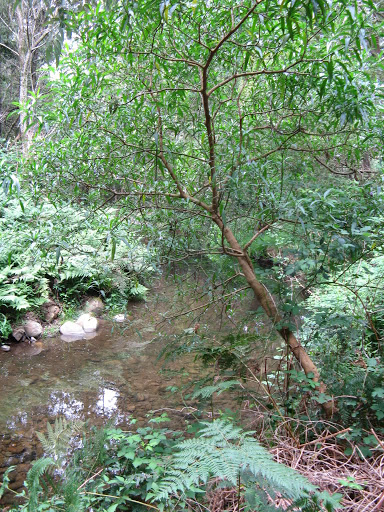 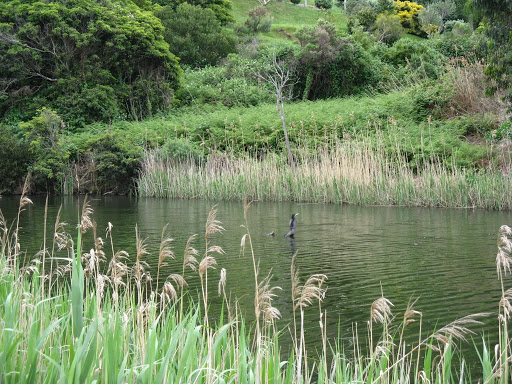 Downsides: hills. By the time I got back to the house Tracy and her army of offsiders were working on dinner - turning on the style with an outstanding roast pumpkin pasta - not to mention a pile of cast-off chocolate via their chocolate-obsessed housemate. Good times.
After feeling pretty proud of myself for getting out of the house and spotting some koalas on Saturday, I discovered on Sunday morning that I should have saved my energy. Some weird grunting sounds drew my attention our very own Koala, climbing up a tree right next to the balcony. 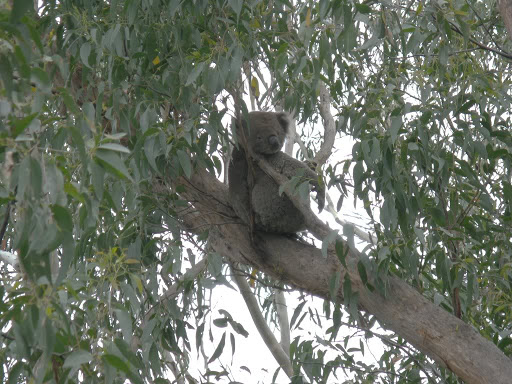 Also: more parrots. They seemed to enjoy the birdseed Ryan picked up from the shop even more than the muesli. 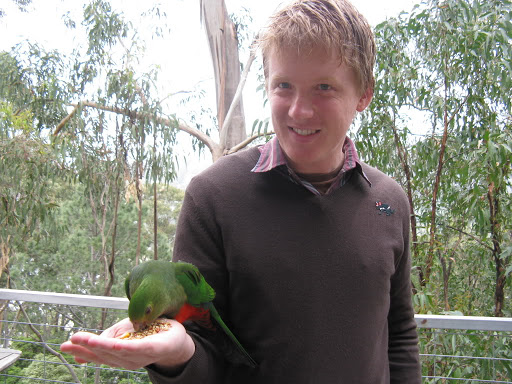 After breakfast (and an epic xbox basketball match between Lee and I) Tracy, Lee, Ryan and Kristen hit the road - Ryan and Kristen only had a few days in Victoria, and it seemed crazy for them not to spend any time in Melbourne. The rest of us decided to tackle one of the dozens of short walks in the Otways - a five kilometre loop to Little Aire Falls. Unfortunately, we pulled into the carpark where the walk began just as the rain started to tumble down. Still, once we'd polished off our packed lunches the clouds had started to lift and we set off. The rain had driven most of the other tourists away, so we had the walk almost to ourselves. 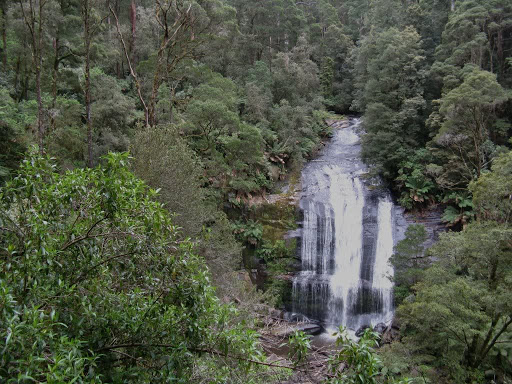 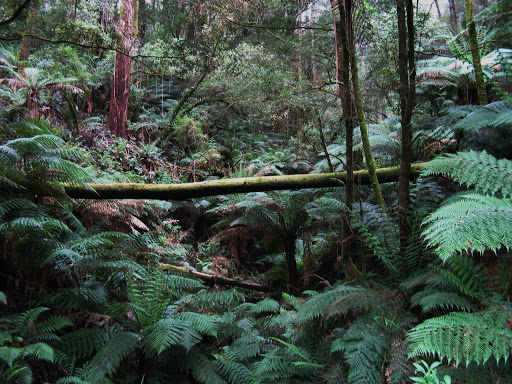 After a quick chip-stop in Apollo Bay on the way back it was leftovers for dinner, 500 lessons for Cindy and I, and Dexter DVDs to round out the evening.
Monday dawned with a pretty aimless quartet of holiday-makers, content to mooch around reading and chatting for a few hours before eventually working up the enthusiasm to take on some more exploration of the area. This time we headed to Cape Otway. The walks around the cape are quite different to the Otway forest walks - lots of scrubby heathland with no trees taller than a couple of metres. Still, after stopping off at the old cemetery, we stumbled across some yellow-tailed black cockatoos, a sparrowhawk and an echidna before getting a bit bored with the fairly repetitive vegetation. The lighthouse was closing by the time we arrived (and costs money to visit), so we just viewed it from afar. 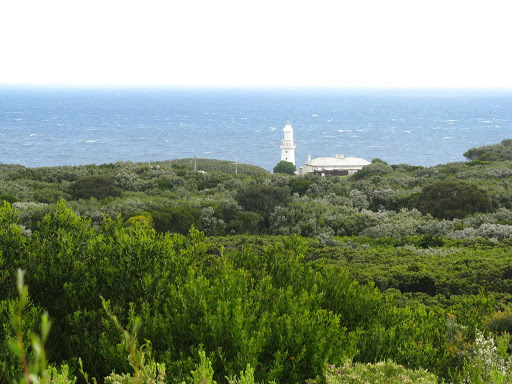 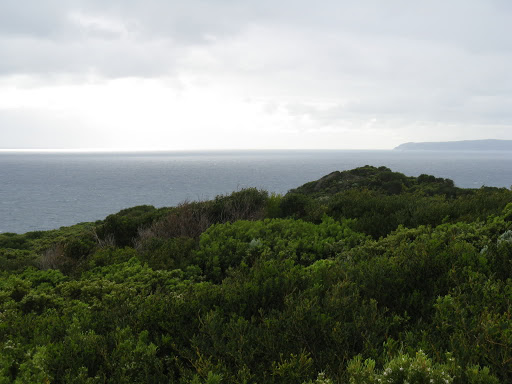 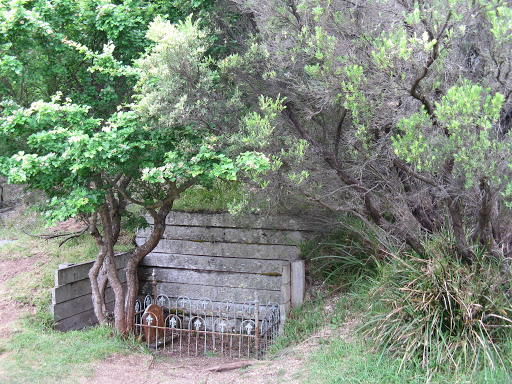 We had time on the way back to call in at Mait's Rest - a short rainforest walk nearby. Despite the first three of us almost stepping on it, Mike noticed one of the more intriguing local fauna - the carnivorous Otway Black Snail, that feasts on worms and other snails. 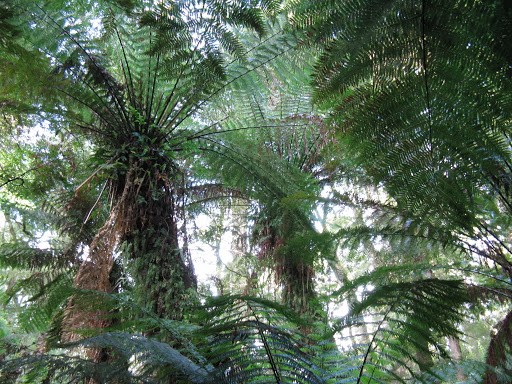 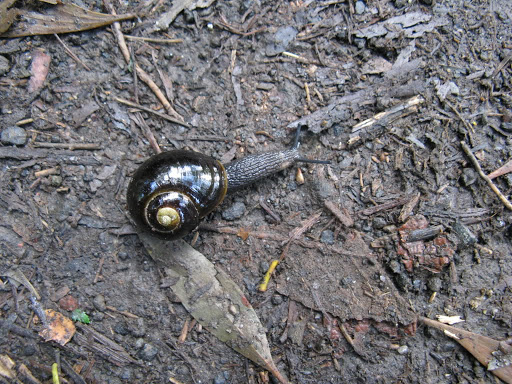 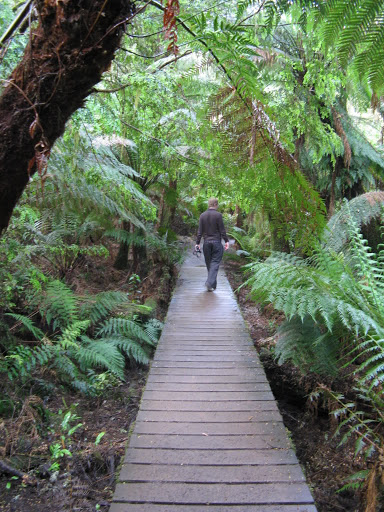 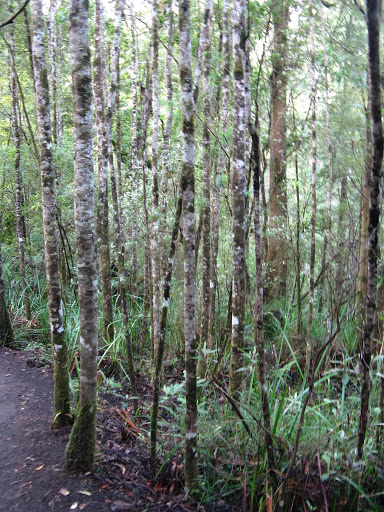 Mike and Jo took on the last night's dinner, putting together a wonderful pumpkin and spinach gnocchi for our delectation. (It was a ricotta-based gnocchi, so they were no help in explaining our failed attempt at potato gnocchi.)
After regular visits from the king parrots and crimson rosellas, the sulfur-crested cockatoos discovered us on our last morning at the house. They entertained Cindy and I until it was time for us to pack up and hit the road, winding our way back to Melbourne (via breakfast in Lorne and some successful op-shopping in Lorne and Geelong). 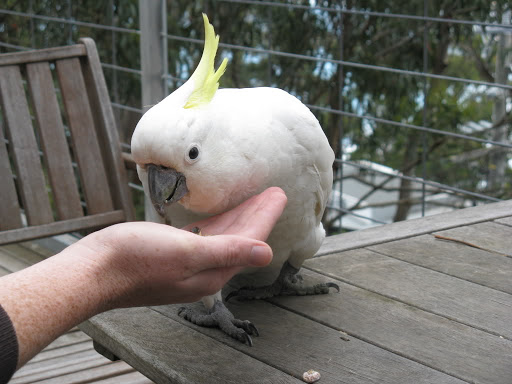 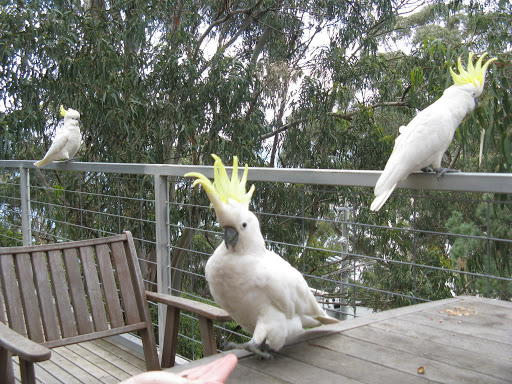 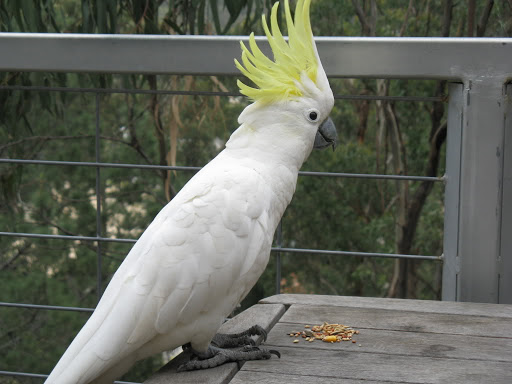 It seems clear to me that five day weekends are the way of the future - load up a big house with friends, take some good books and red wine, go for the odd wander in a nearby national park and gorge yourself on meal after meal of delicious food. What a life.
(I realise this is meant to be a food blog - Cindy will save the day shortly with three delicious recipes that provided snacks, lunches and dessert over the weekend.)
Posted by Michael at 4:54 pm