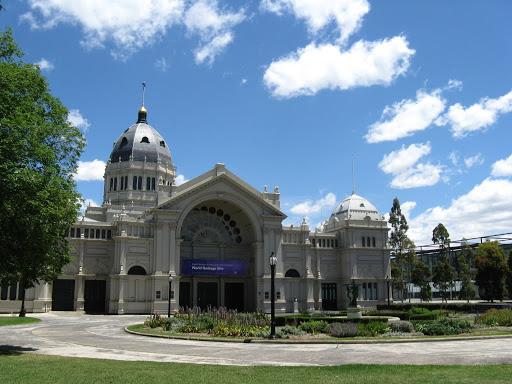 As Michael mentioned, we had Damian and Annette as houseguests for the weekend. They were hit with sizable hangovers on Sunday, their last day with us, so we first guided them to Filter for a cooked breakfast. Somewhat refreshed, they were in a sufficient state for a gentle stroll along Brunswick St and through Carlton Gardens (Damian's a fan of the Royal Exhibition Building) before it was time for one last Melbourne coffee. Surprisingly it was Michael who thought to lead them to Brunetti, where we tend to take all our guests. 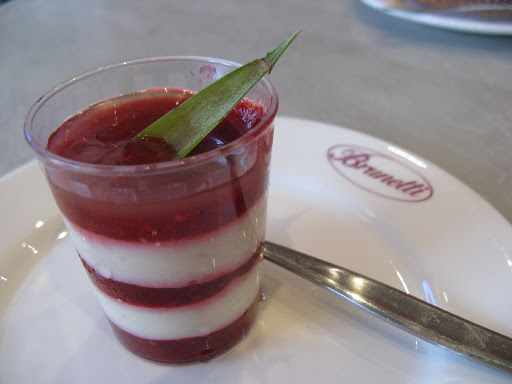 Though most of Brunetti's desserts are available year-round, I noticed a few new items entering the sweet rotation - most of them creamy creations served in cups. The larger ones go for $5 or $6, but there are also shot-glass-sized tasters such as the Bicchierini that I chose ($3). Indeed, I think bicchierini is Italian for 'small glasses', so you're probably just looking at a single bicchierino. It contains micro-layers of vanilla mousse and raspberry coulis, a cute concoction with a jam-and-cream flavour. It's a little over-priced but it's the kind of cheery mouthful that could just make your morning.
____________


With a Brunetti trip for every houseguest (and perhaps a couple extra besides), this cafe has earned its own category. You can read every account here.
Posted by Cindy at 9:15 pm