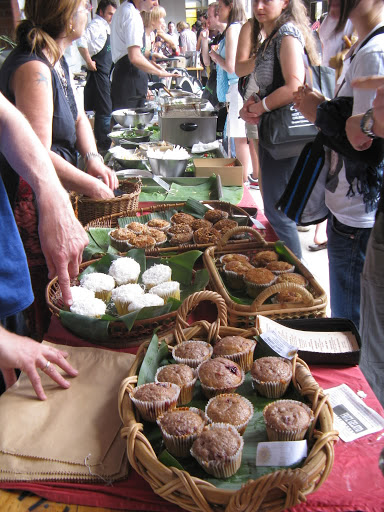 In Melbourne World Vegan Day is celebrated on the last Sunday in October, and we were there to join the festivities at the Abbotsford Convent. Brimming with stalls of food for now, food for later, activist groups, skincare and clothing, there were also bands, presentations, raffles, workshops and even vegan speed-dating. And boy, was it popular! The density of people was definitely equal to the crush at the Food & Wine Festival market days we've attended. 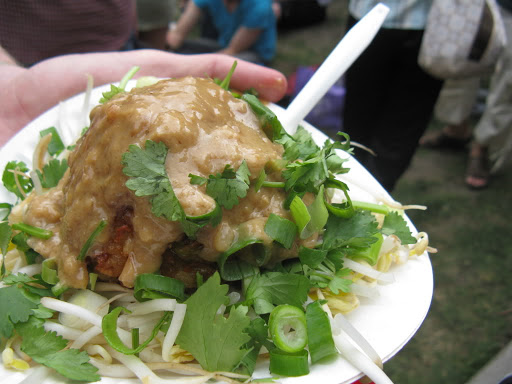 Our first priority was lunch, and Michael took his place in the line at the Las Vegan Bakery stall for a deep-fried rice ball with satay ($5). I think it was worth the wait, and certainly worth the price, though thank goodness for the garnishing salad - these fellers are really rich! 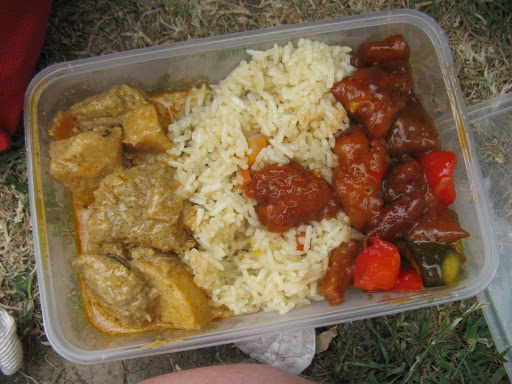 I joined the even longer line for a feed from Enlightened Cuisine. Among other things, they offered a choice of two out of five dishes with rice and a drink for $12. I couldn't resist the sweet and sour 'pork', and picked out the curry 'lamb' in consideration of Michael. I'm glad I did - the 'pork' became a little dry and tough in the hotbox, yet the 'lamb' and potato chunks were stunningly tender.
By this time we'd run into many of the folks we first met last week at the vegan potluck (as well as another vegan blogger, Léna!), and Kristy alerted us to a chocolate demonstration going on inside. 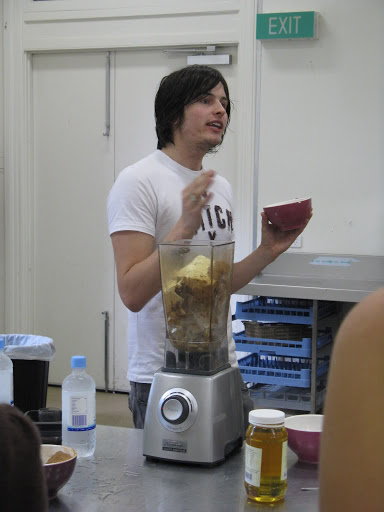 This guy's from Loving Earth, a local company making raw, organic, sugar-free, gluten-free, dairy-free, fair trade, single origin chocolate. Hippy central, huh? Regardless, there's no room for pining dairy, sugar or the other standards when you get a taste of their iced chocolate. It's super-thick with an intense and complex fruity flavour. It also included a multitude of ingredients I'd never heard of, including purple corn extract, maca, mesquite powder, camu camu, and Lúcuma powder, as well as a few I did know - cocoa, ice, water and agave syrup!
Though this was the extent of what we ate while there (give or take a few free samples!), we couldn't resist buying and stashing a few sweets to enjoy throughout the week. 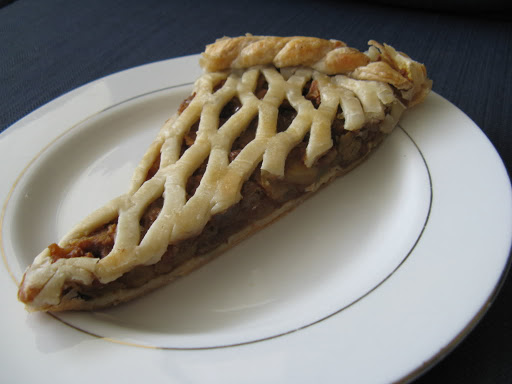 The first was this apple pie from Himalaya Bakery ($5). It had a few more sultanas than I'd prefer, but it was still made for a fine afternoon tea between two. 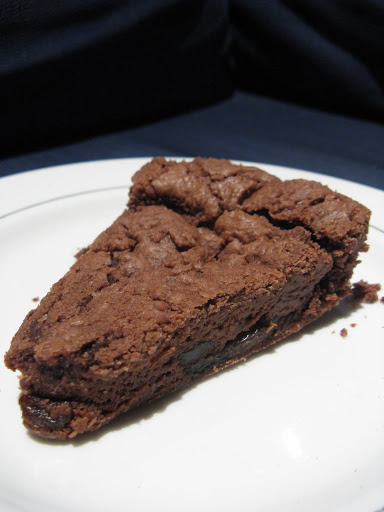 Then came three packages from Tart'n'Round. They create tempting treats that are free of wheat, gluten, dairy and egg, and though I was prepared to resist, Michael was keen to take advantage of their 3-for-$15 special and I crumbled like a gluten-free biscuit. We first sampled this rum'n'raisin brownie and it impressed me the most. Though it looked formidably dry and crunchy, the centre was delightfully soft and fudgy. 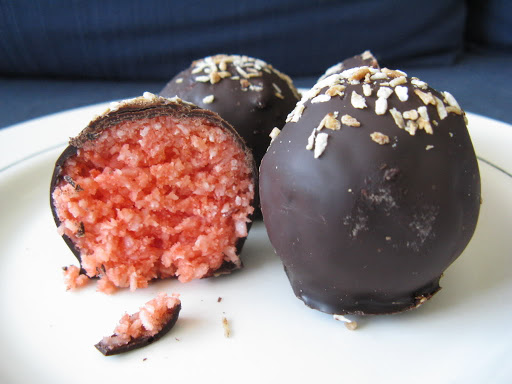 The cherry bliss balls almost lived up to their name. Though they contain real cherries, there weren't any discernable fruit pieces in these. Michael kindly remarked that they weren't as good as my home-baked cherry slice. 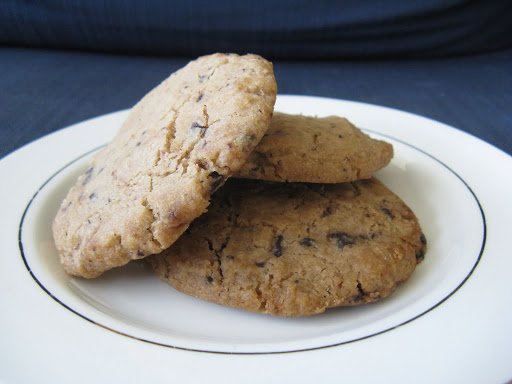 Finaly, these choc-orange biscuits were a tad disappointing. They contain only orange flavouring, rather than real fruit, and the gluten-free flour gave them a somewhat chalky texture. We were still compelled to eat them all!
That chalky biscuit was the only teensy blemish on an otherwise lovely day. Even more than the great food, I was struck by the air of inclusiveness at World Vegan Day - if you're vegan, vegan-friendly or just vegan-curious, I'd encourage you to check it out next year. The same site's already booked for October 25, 2009!
Posted by Cindy at 12:00 pm