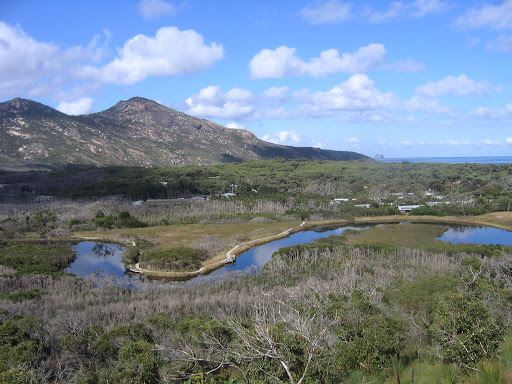 How cool are the people I work with? Let me tell you. When two of us admitted over lunch in February that we weren't really campers, the wheels were set in motion for a camping trip that no-one could refuse. Three days in Wilsons Promontory with a choice of tent or cabin for shelter, walks and rests and games and chatting (and swimming and kayaking for the brave!). And how cool is my boss? When he found out about the planned trip, he not only packed a swag to join us; he packed 7 bottles of wine and insisted he'd find a way of reimbursing our accommodation costs. It seemed that even the gods couldn't stop us from having a good time, and they didn't even try, giving us unpredictably fine weather for the duration.
So on Sunday, Tracy squashed Mike, Michael, tents, pillows, food and wine and clothes and me into her car and we set off. The first stop was made after less than a kilometre - we needed lunch from Dench... 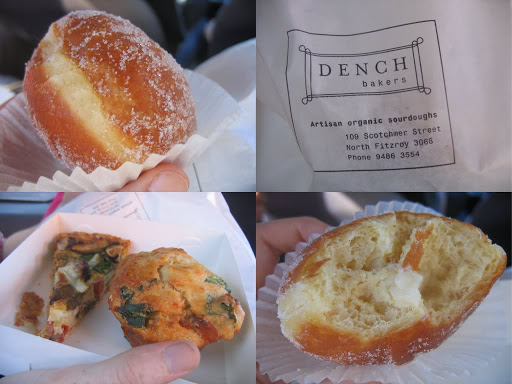 Mike snagged the last two vegetarian savoury items in all their buttery deliciousness. They could only be trumped by a bomboloni stuffed with lemon custard.

As the afternoon dragged on we closed in on the Prom, arriving at dusk and hastily pitching our tents. We retreated to the spacious living area of the shared cabin for a dinner of room temperature spiced chickpeas, packaged roti, red wine and then port served in plastic cups. 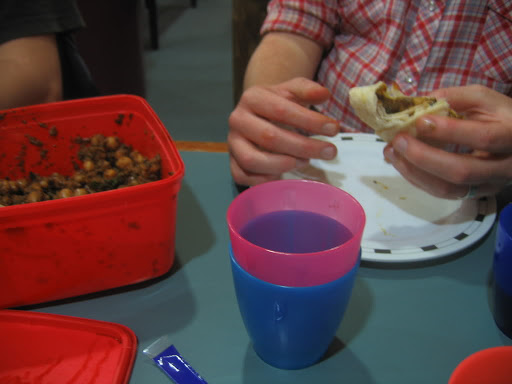 I'll admit that my first night in our tent wasn't particularly comfortable or restful, but it was difficult to be grumpy when there was this for breakfast... 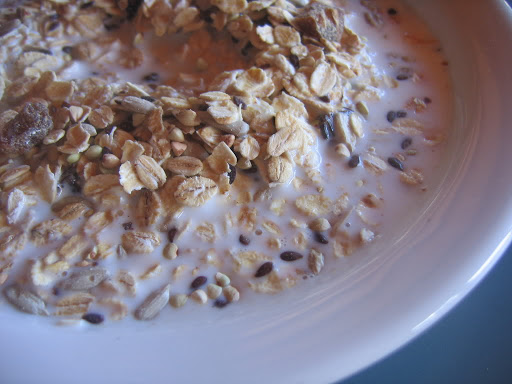 That's home made muesli, contributed by Stu and Jane! 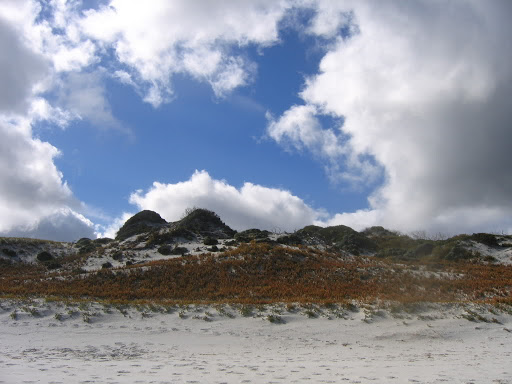 And then we walked, eating spiced chickpea sandwiches for lunch... 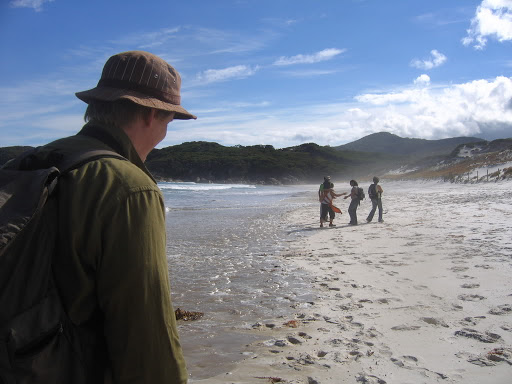 ... and muesli bars thoughtfully prepared by Jo-Lyn and packed in with Mike. 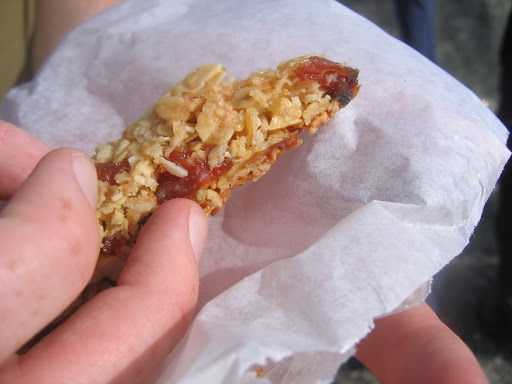 We had been warned not to feed the local wildlife, with signs repeatedly warning that wombats have destroyed tents at a single whiff of food. 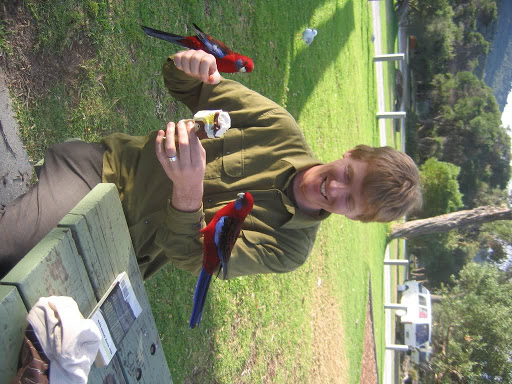 Michael thought he was manipulating this situation to his advantage when he used an icecream to coax a rosella onto this arm, but discovered he was the manipulated one when he no longer had a spare hand to switch the food to!
There was another brush with the wildlife on our evening walk. 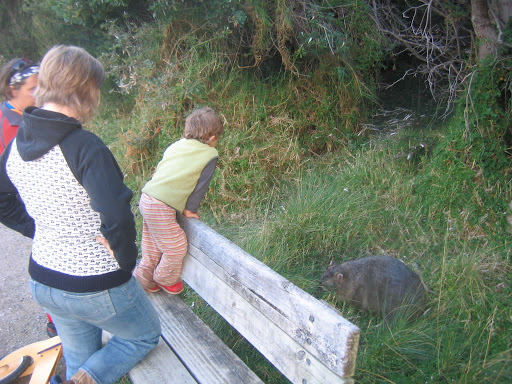 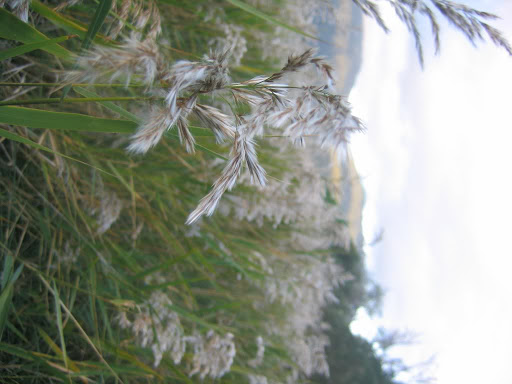 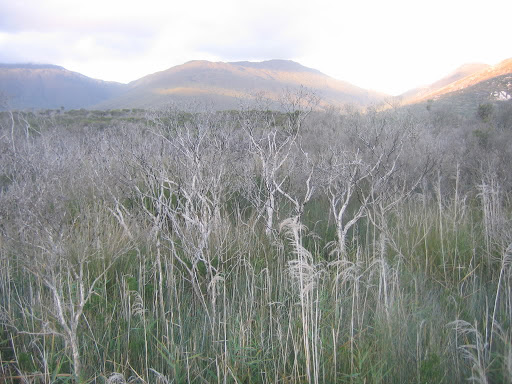 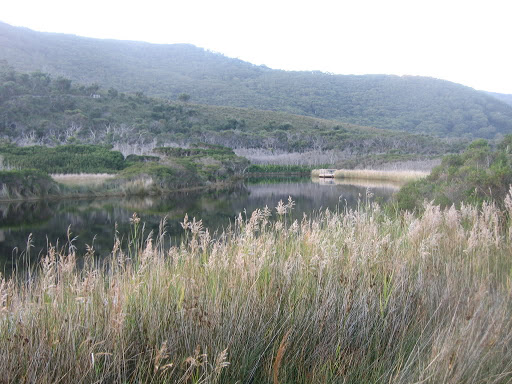 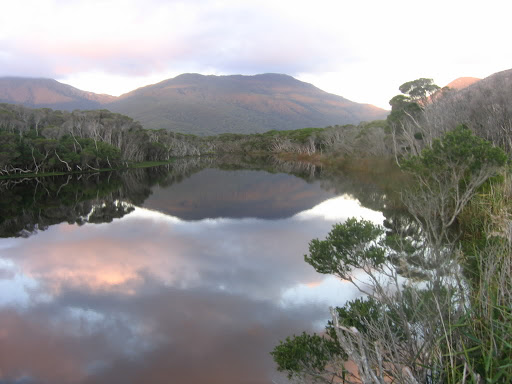 Dinner was a collaborative affair. First up was Mark's camping trick - egg in a bag. This dish involved pouring 3 eggs, a splash of milk and omelette fillings of your choice into a Ziploc bag. The bag is sealed and then tossed into boiling water until the egg is almost set. 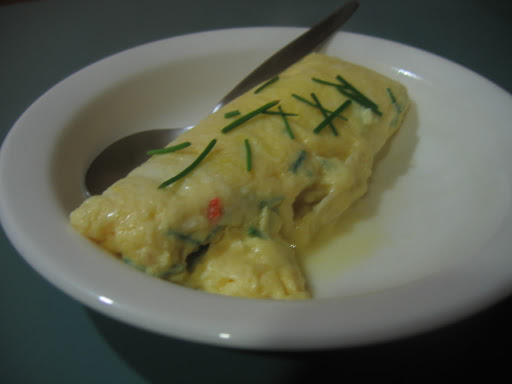 There were plenty of skeptics among us. Would the bag split? What if it melted into the water, or into the food? But egg-in-a-bag was a roaring success. 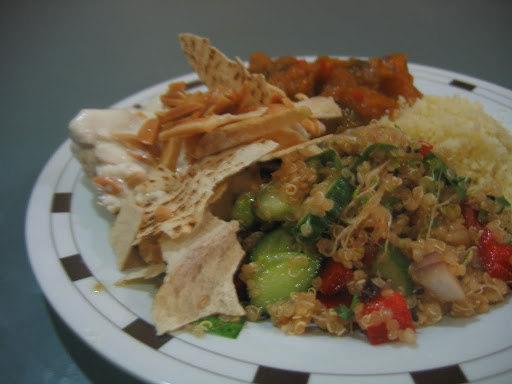 Next up was a stunning Moroccan feast: couscous, a quinoa salad by Stu, Beth's own version of the chickpea thing, and our fennel, pumpkin and eggplant tagine.
Much later, after several games of 'Werewolf', Stu impressed everyone again with this incredible multi-layered cake. If this is camp food, I might just permanently pitch my tent in Stu's backyard. 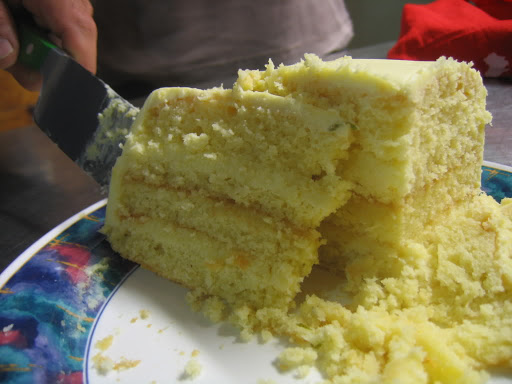 The next day? More great muesli. 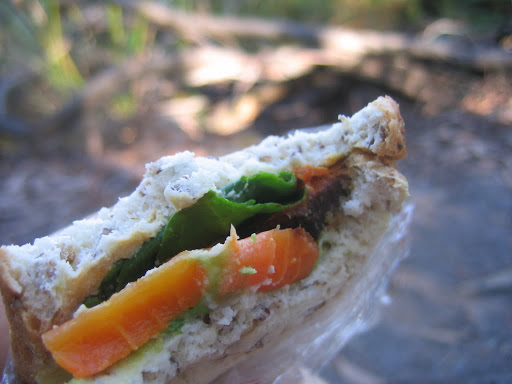 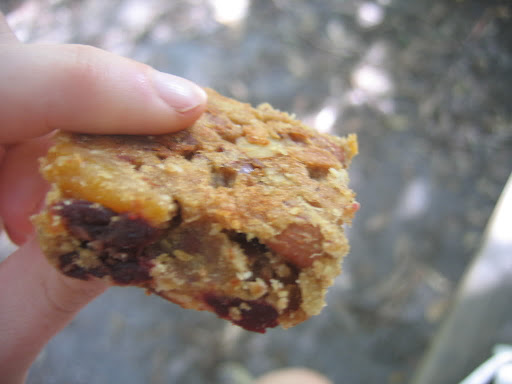 More muesli bars - these are the date and tahini ones, with added dried cherries. 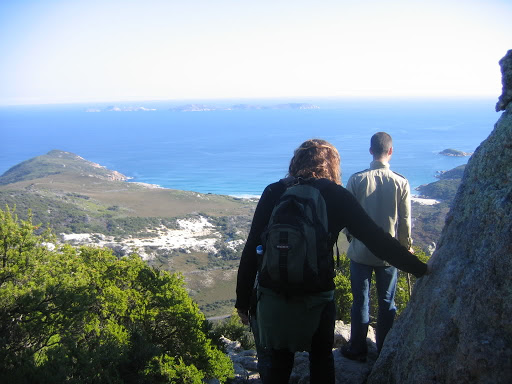 And of course, more walks.

I could get used to this. Except that my camera broke, and we had to return to work. (The boss's wine supply was exhausted, after all.) We folded ourselves back into Tracy's car and to prolong the holiday, just a little, we resolved to stop by every smalltown op shop we encountered on the way home. Amongst the crazy and kitsch I found some kitchenware to call my own. 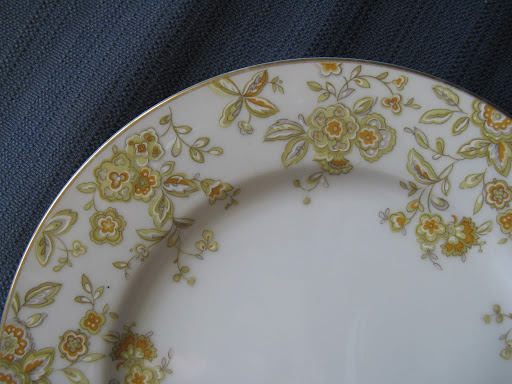 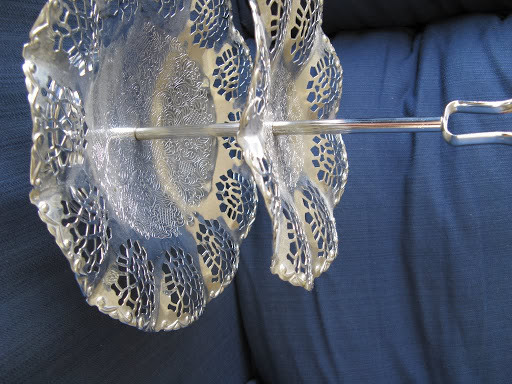 Tracy's eagle eye spotted this one, but she kindly allowed me to possess it (for only $5!).
In some ways, the holiday had only just begun - I had an unproductive one-day working week on Thursday before the Anzac Day weekend arrived. And boy, did I do some eating! Stay tuned for much, much more.
Posted by Cindy at 7:29 pm