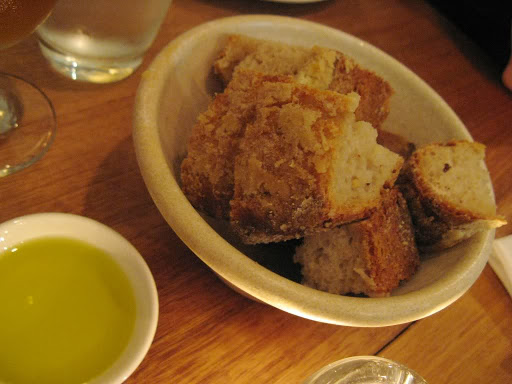 I was a bit sad when I first noticed Anada on Gertrude Street - Cindy and I had grown quite fond of Ume Nomiya, so its replacement with a pricier, meatier, Spanish restaurant wasn't something to fill me with joy (even if the chefs did have Movida connections). Still, once it opened the positive reviews starting coming in, and on a quick stroll past one lunch time I confirmed that they offered enough vego treats to feed us. So, months after all the buzz, we finally got our act together and tried it out.

All the rave reviews combine with the growing hipness of Gertrude Street to guarantee that Anada will be busy. We booked a couple of weeks in advance to be on the safe side - and then decided we needed to reschedule a few days beforehand. Which worked out well, because Anada had no record of our booking. Weird. Luckily they could still fit us in on a Thursday night, so there was no harm done.

It's a bustling little place, with tables jammed in fairly close together, moody lighting and the hippest of indie hits on the stereo. The menu is divided into tapas ($3-$6, almost no vego options) and raciones ($9-$30, 7 vego options). After much debate and some discussion with the staff, Cindy and settled on 4 raciones between us, while Mike and Jo chose a much more complex combination of tapas and raciones.

Our first two dishes came at the same time: Patatas a lo pobre ($10.50) and an aubergine and tomato pilav, with dill and yoghurt ($9.00). The poor man's potatoes - slow cooked spuds with peppers and bay in oil - is basically the same as the Movida version. It's a traditional Spanish dish, so that's hardly surprising, but by inviting such a direct comparison, Anada is taking a bit of a risk - these spuds were pretty good, but they didn't measure up to the divine version turned out by the Movida folks (and were $1 more expensive!). 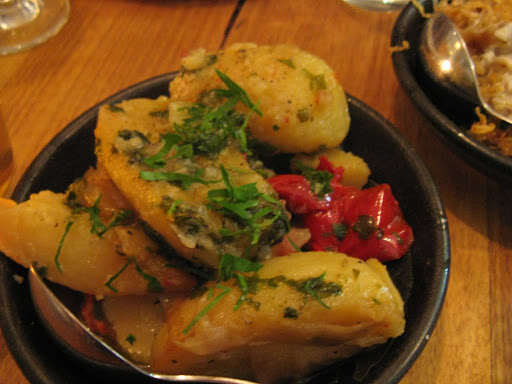 The pilav ($9) came smothered in a delicious yoghurt and sprinkled with something crispy, salty and delicious. The pilav itself was quite good, but they were a bit sparing with the aubergine and tomato - it was mostly about enjoying the delicious rice and the flavours on top. 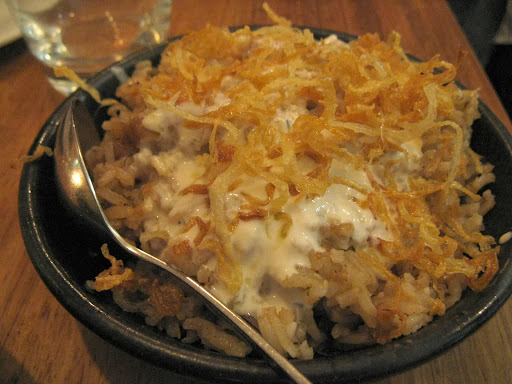 Next up was the saffron chickpeas and spinach ($9) - we've had this kind of thing a bit lately, both out and about and at home. This was a pretty impressive version - creamy, rich and full of flavour. 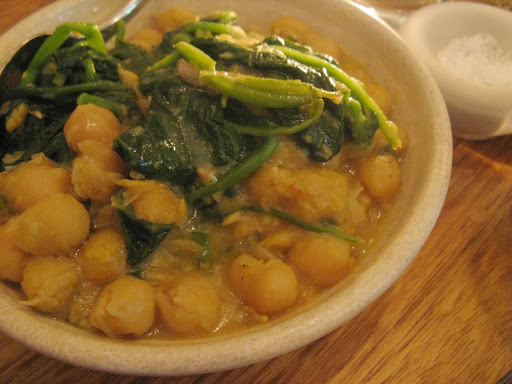 Finally came the obligatory Setas al Jerez ($9.50) - grilled field mushrooms in sweet sherry. These are a whole lot of mushroom and, despite being beautifully prepared, they were a bit overwhelming by the time you'd chomped your way through a whole one. It would probably have been better if they'd come out first so we could mix things up a little more. 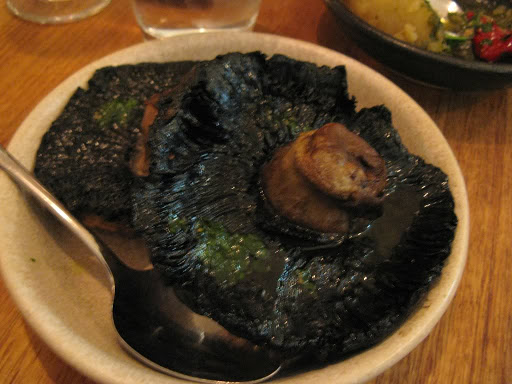 Bafflingly, we walked away without sampling the dessert (if only Cindy had read Claire's review first, I'm sure she'd have been more interested), although the dessert options all looked intriguing (to me anyway). All in all it was a slightly disappointing meal - if only because expectations were high. The prices (for vegos anyway) are comparable to Movida, and the food and service both fell a little short of those standards. Regardless, I think that vegos and Spanish tapas don't really belong together - I'm not sure we're the audience that they're really shooting for. Still, we did end up with four very enjoyable dishes for less than $40, so there's not really anything to complain about.