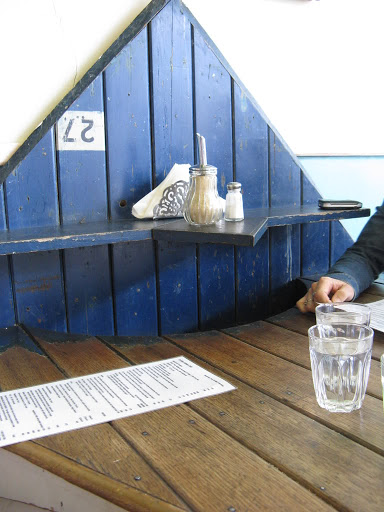 I really only had half of Saturday to spend with Marie and Stephen, my Queensland-dwelling aunt and uncle, before they'd be travelling back home. We began with breakfast, walking and shopping in St Kilda. And there's nowhere I'd rather breakfast in St Kilda than the Galleon Cafe. Though there was a wait for seats we were ultimately offered the cute rejigged boat-table, and our coffees were out in a flash. 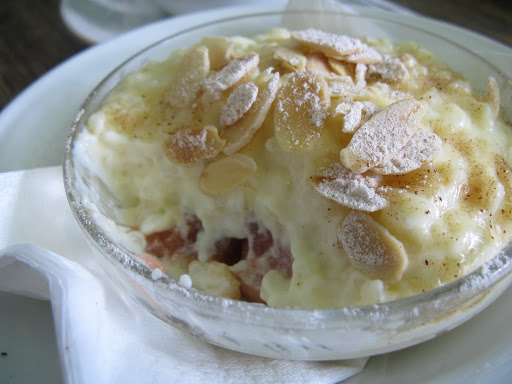 While Michael just can't stay away from those poached eggs and sweet potato hash browns, I tried something new - "rice pudding spiced with cinnamon and served with poached fruit and almonds" ($5.75). It's a small but delectable serving of creamy rice and golden flaked almonds with a pink underbelly of apple and (I think) rhubarb. This propelled me onwards a lot longer than I expected it to, and I was happily bloat-free for trying on a frock or two.
____________

Our two previous visits to the Galleon Cafe are blogged here and here.
Posted by Cindy at 4:28 pm