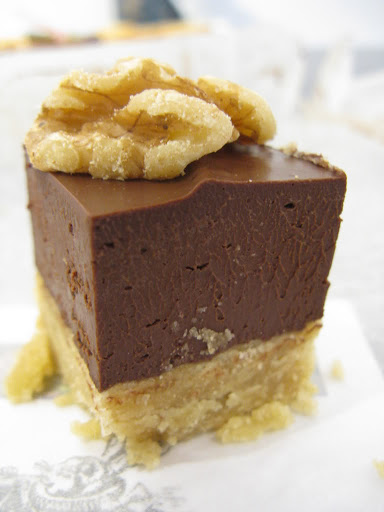 A mere week after my lab had their annual culinary competition there was a department-wide picnic, with a bake-off for dessert. I rolled up my sleeves and had a shot at the Dietary Requirements category, producing this vegan and gluten-free specimen. It's a double-sized variation on the chocolate mousse slice that I made last week - here's what I altered:
With that, I had a more complex mix and mini size to temper the richness of my first version. In honour of the coffee and walnut elements, I dubbed it Bittersweet Symphony Slice for the competition. And what do you know? It won! 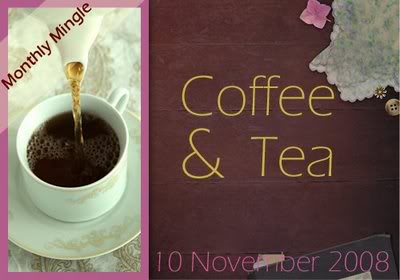 I'm submitting this recipe to this month's coffee & tea-themed Monthly Mingle, hosted by Meeta from What's For Lunch, Honey?.
Posted by Cindy at 3:41 pm