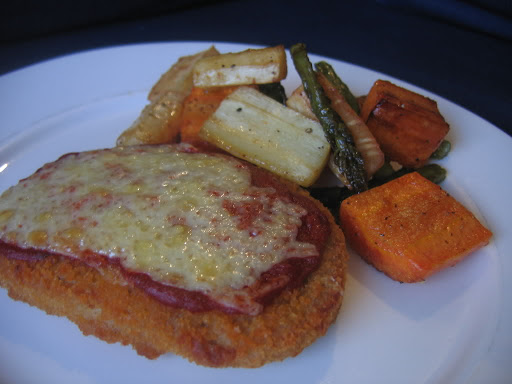 Between the East Brunswick Club's promise of vegan parmas and Sarah's recommendation of Fry's fake schnitzels, I developed a hankering for some crumbed fake meat. 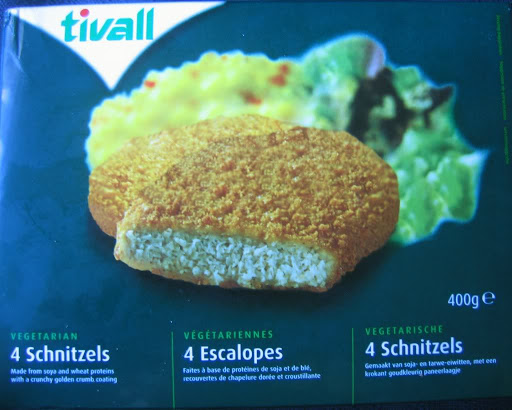 When we dropped by Piedemonte's after breakfast, it was actually Tivall brand vegetarian schnitzels that I spotted in the freezer. These go straight from the freezer to the oven and are ready in about 15 minutes. I was pleasantly surprised by the crumbing - not flaking off everywhere, nor too oily, and crisp - hooray! The 'meat' is pretty good too, though I think I'd be a little unsatisfied by these if I just squeezed over some lemon juice and dug in - the parma treatment was most worthwhile. All it took was a spread of tomato paste, a sprinkle of grated cheese, and a couple of minutes under the grill. The crumbing was still crisp!
On the side are carrots, parsnips and asparagus from CERES, roasted in olive oil, salt and pepper. The little fronds on the end of the asparagus blackened a little and had the most delicious charred flavour. Mmmm!
Posted by Cindy at 6:55 pm