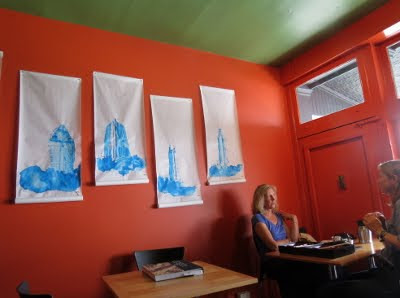 We had such a lovely time in Hobart last summer that as soon as MONA FOMA tickets were released for 2013, I pounced on them. While I was most excited about seeing a long-time hero of mine headline the festival and revisiting the other-worldly MONA, I was also looking forward to returning to a couple of nice eateries and making amends with the few we previously missed. This proved challenging, with few places open for dinner or on Sundays. So on arrival we hastily dropped our bags at our hotel and proceeded straight to Chado in the city centre. 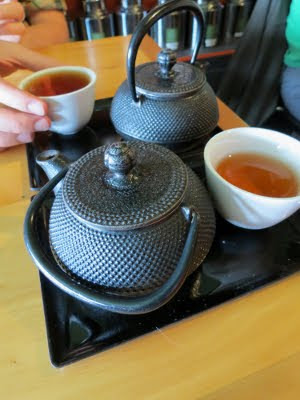 Chado is a cozy tea house with dozens of blends on offer, so we were compelled to pick one each ($5-6 per pot). We both preferred my South African Honeybush tisane to Michael's lychee-flavoured black tea. The Japanese-style lunch menu is much shorter. While other blog posts (linked below) showed tofu bento and donburi, we were offered a choice of trout or chicken. Uh oh. 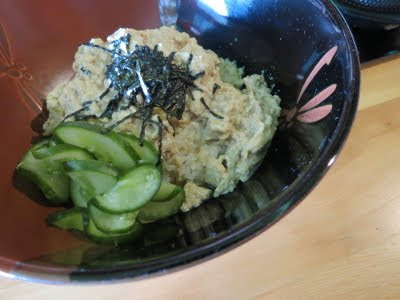 Our waiter brought co-owner Varuni Kulasekera to our table. She graciously sorted us out for food, explaining that their vegetables were cooked in dashi, confirming that we'd eat egg, and whipping up two donburi for us (~$13.50 each). These were comforting bowls of brown rice with a lightly seasoned scramble of tofu and egg, topped with shredded nori and a side of pickled cucumber. It was subtle and nourishing and sold short by the photo above. 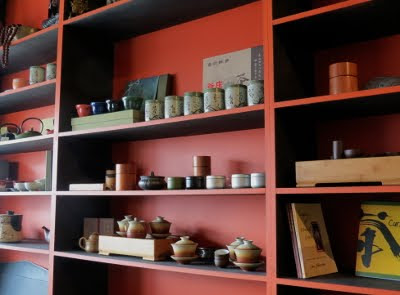 Chado excels at tea and hospitality. Though it's probably safer not to expect a veg*n meal on the menu we were well catered to.
_____________


Chado is universally loved in the blogosphere, see Matt Bowditch, A Pot of Tea, Cupcakes Party, Once a Waitress, feathers and cupcakes, Munchin' Mochi, Views from atop Marvel Hill and The Little Lioness.
_____________


Accessibility: Chado has a relatively narrow entry and crowded interior, with single steps up at several points. We ordered at the table and paid at a high counter on the way out. We didn't visit the toilets.
____________ 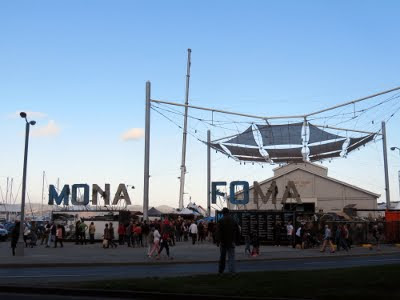 MONA FOMA on the wharf 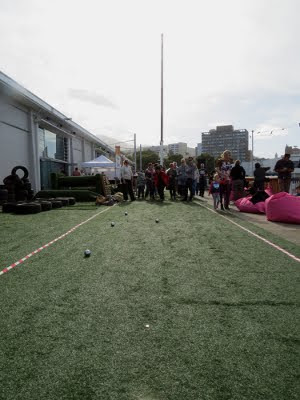 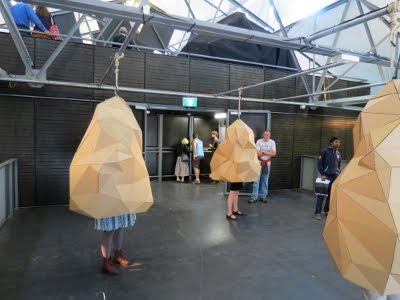 Synchronic Lines in a sound pod 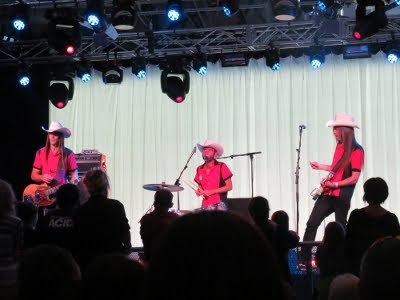 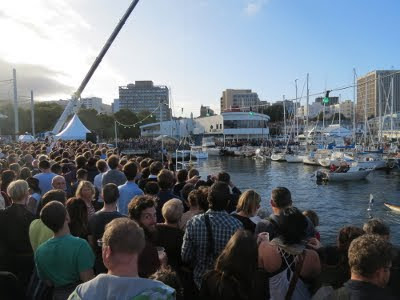