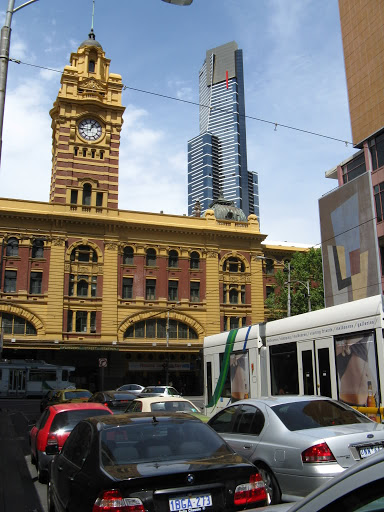 Beyond Flinders St station looms the Eureka Tower, Melbourne's tallest building. For $16.50 you can travel to the 88th floor and take in a 360 degree view of the city. It's overpriced, sure, but something I'd like to do again if I really did only have 12 hours left in Melbourne. 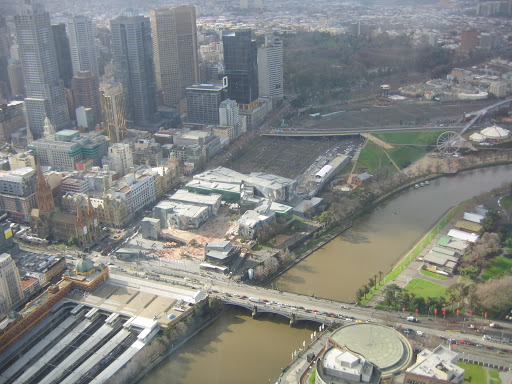 There to the east is the Yarra River, Federation Square (wave to Michael - he's down there somewhere!) and the Melbourne Cricket ground, further in the distance. 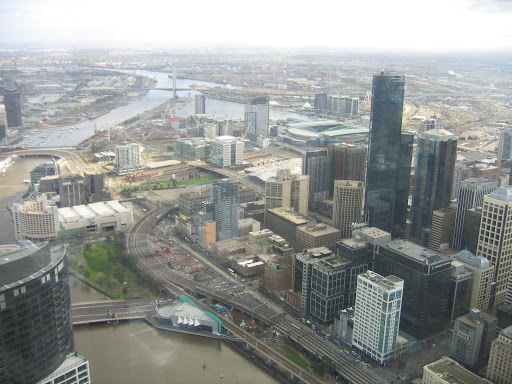 To the west, Southern Cross train station (still known as Spencer St Station to the locals) peeks out behind the high rises. Behind it lies the Telstra Dome and Docklands - though it was historically used to dock ships, it's now a trendy suburb. 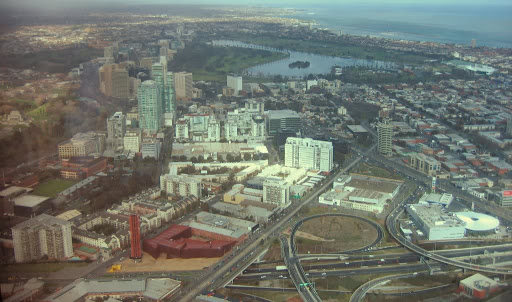 Looking south, Albert Park and its huge lake are prominent. That rust-red building in the foreground? It's the Australian Centre for Contemporary Art. Michael and I once saw a brilliant play there and have been meaning to check out the exhibitions it holds, but we've never got round to it. With only 12 hours left in Melbourne, I think we've left it too late. 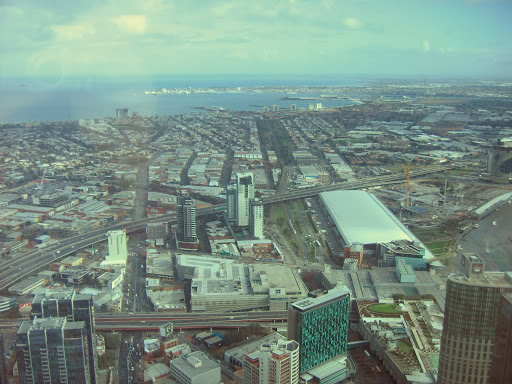 I guess this is kinda south-west. That must be Williamstown, off in the distance!
If you're feeling daring and spendthrift (it costs an additional $12), you might want to try the Edge. This is a 3m-cubed glass... cube that juts out from the 88th floor. You can look through the clear floor to the ground almost 300 metres below you. Me? Uh, I'm fine sitting over here, thanks. I prefer my floors opaque.
Fancy a coffee? It's time to meet back up with Michael again.