10:30am Birdwatch your way along the Merri Creek Trail

The Merri Creek Trail runs along the revegatated Merri Creek, from Coburg Lake right down to where the creek runs into the Yarra near Dight's Falls. For a dribbly little creek running through inner Melbourne, you get a great variety of birds - along with the usual ducks, coots, sparrows and pigeons, you can see up to five different parrots, kookaburras, kingfishers, a handful of honeyeaters, and the occasional raptor. For the optimal birding, it's worth walking the whole thing - I've seen black swans, little lorikeets and musk lorikeets around Coburg Lake and a white-necked heron between Coburg and CERES.

After you've breakfasted in Brunswick, it's probably easiest to just wander up to where the trail intersects with Blythe Street, near CERES. Here you'll find yourself in the most bird-heavy part of the trail. Head south along the trail - if you're a fast walker you can probably make it all the way to Studley Park before catching public transport back to Brunswick for lunch, but a casual hour or two between Albion Street and St Georges Road is pretty good value if you're feeling lazier. 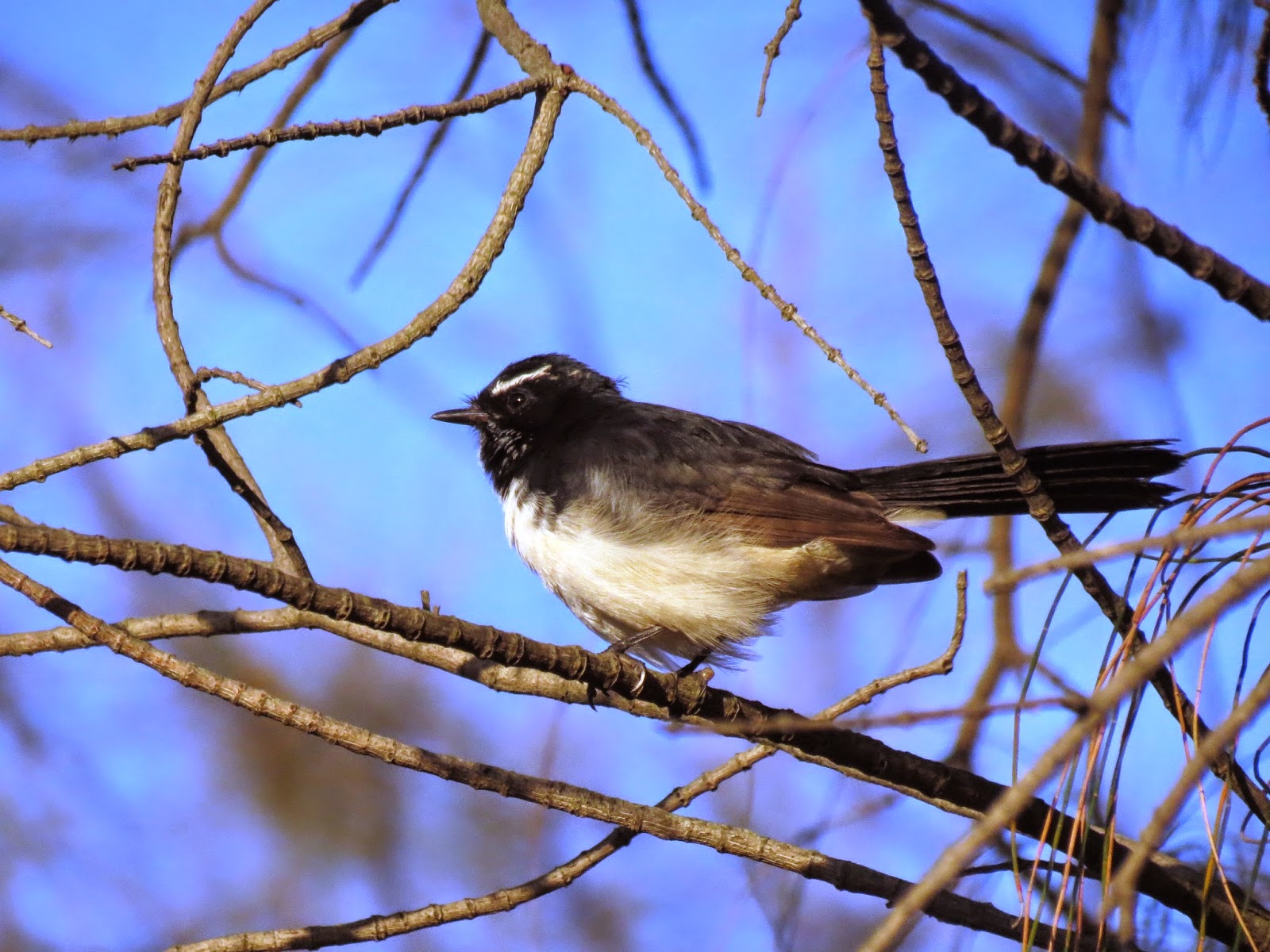 Throughout the walk you'll see plenty of the common city birds: house sparrows, red wattlebirds, magpie larks, feral pigeons, spotted turtle-doves, rainbow lorikeets, willie wagtails and mapgies. The back section of CERES is one of the best strips on the walk. It's here that CERES' semi-famous sacred kingfishers take up residence most summers. 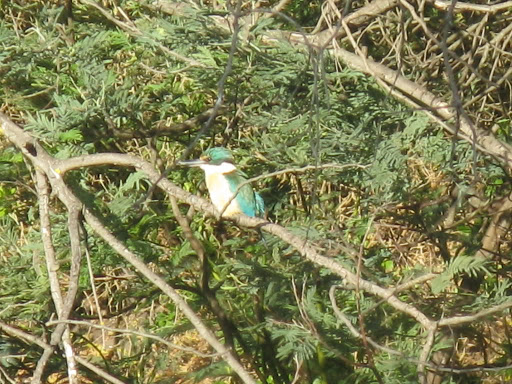 There are also dozens of cute little red-browed finch darting around the edges of the trail. 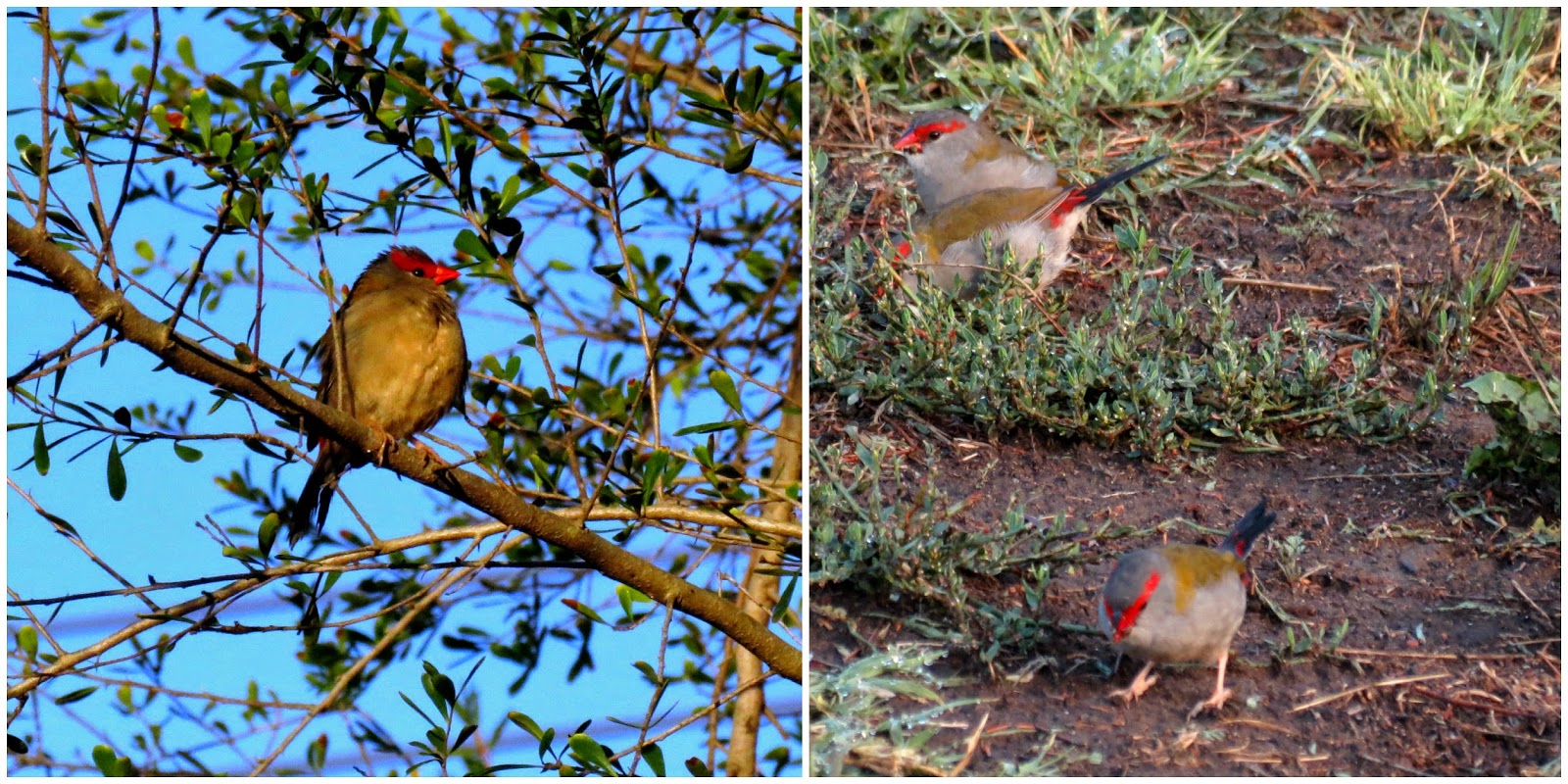 You're almost guaranteed to see little wattlebirds, white-naped honeyeaters and new holland honeyeaters in this section of the walk, along with the occasional hardhead and little pied cormorant on the water. 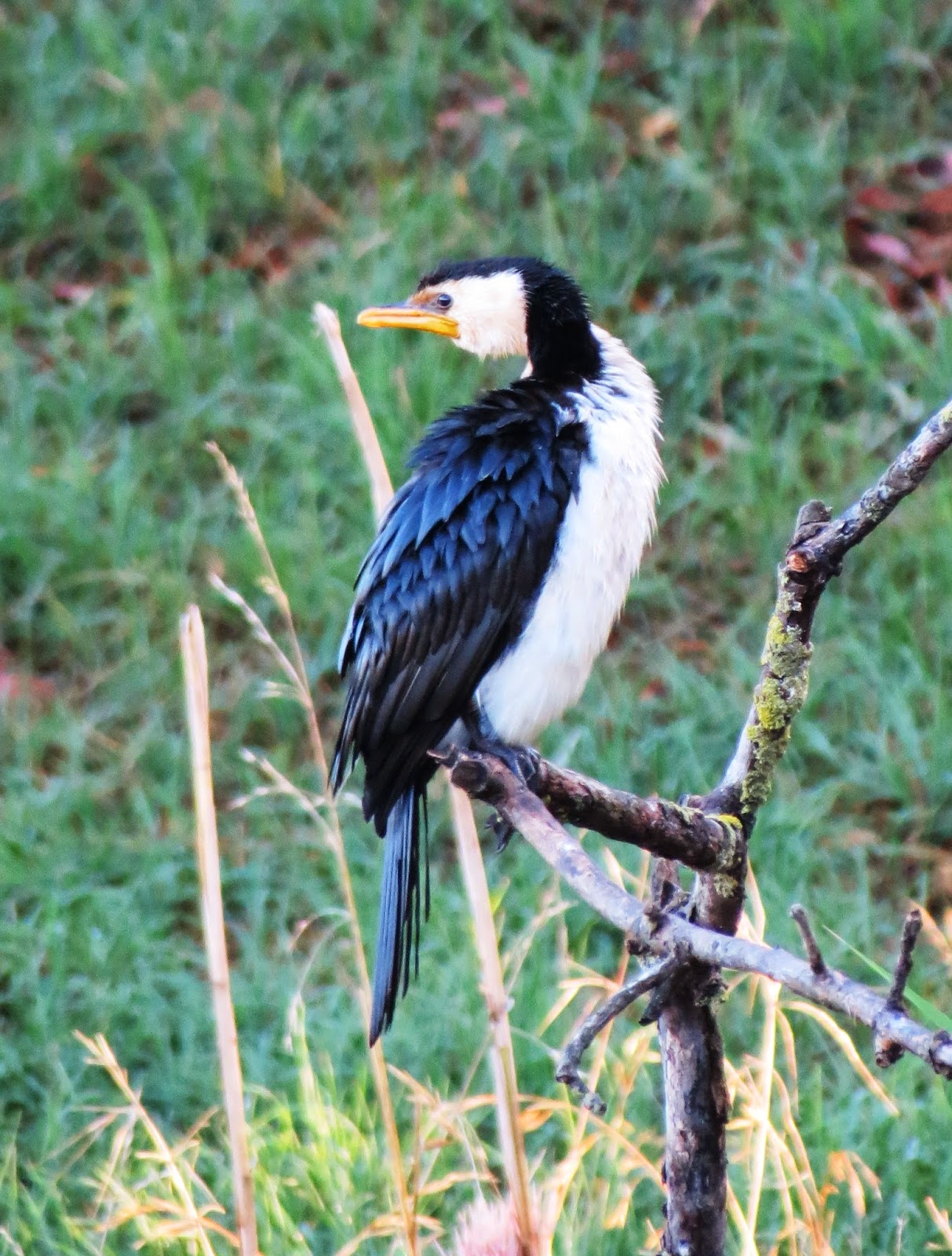 This is also a good place to see Eurasian tree-sparrows, silvereyes and brown thornbills and, more infrequently, Eastern spinebills and spotted pardalotes. 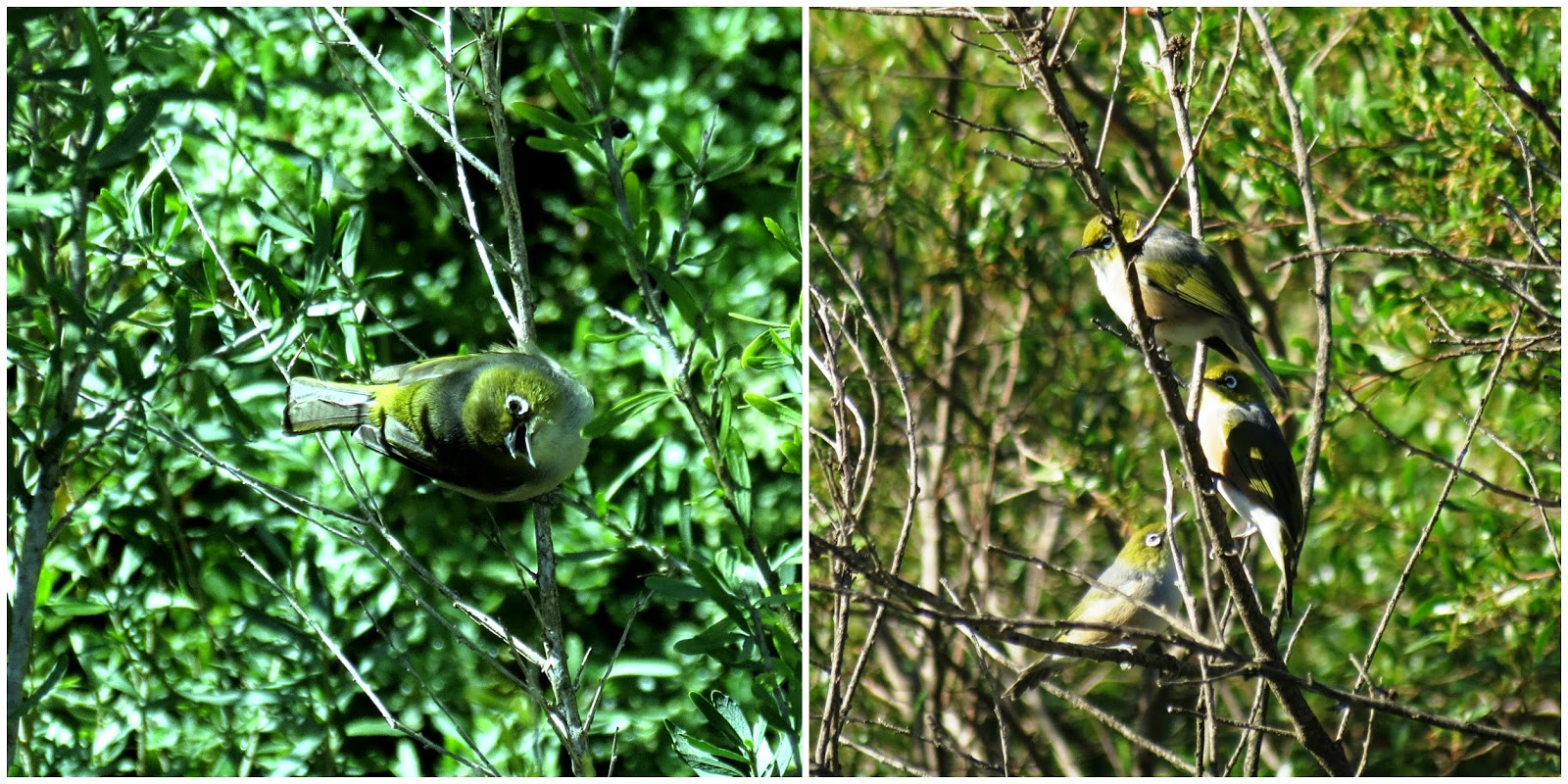 If the little birds start making lots of noise, it's worth scanning the foliage for a sparrowhawk - they often patrol this section of the creek, pouncing on sparrows and other small birds.

As you come around to the southern entrance to CERES, you come to a section of the creek which is overrun with bell miners - they're tinkling calls are quite pretty, but they ruthlessly drive other birds out of their turf - this one is just a baby, so he doesn't look too ruthless yet. 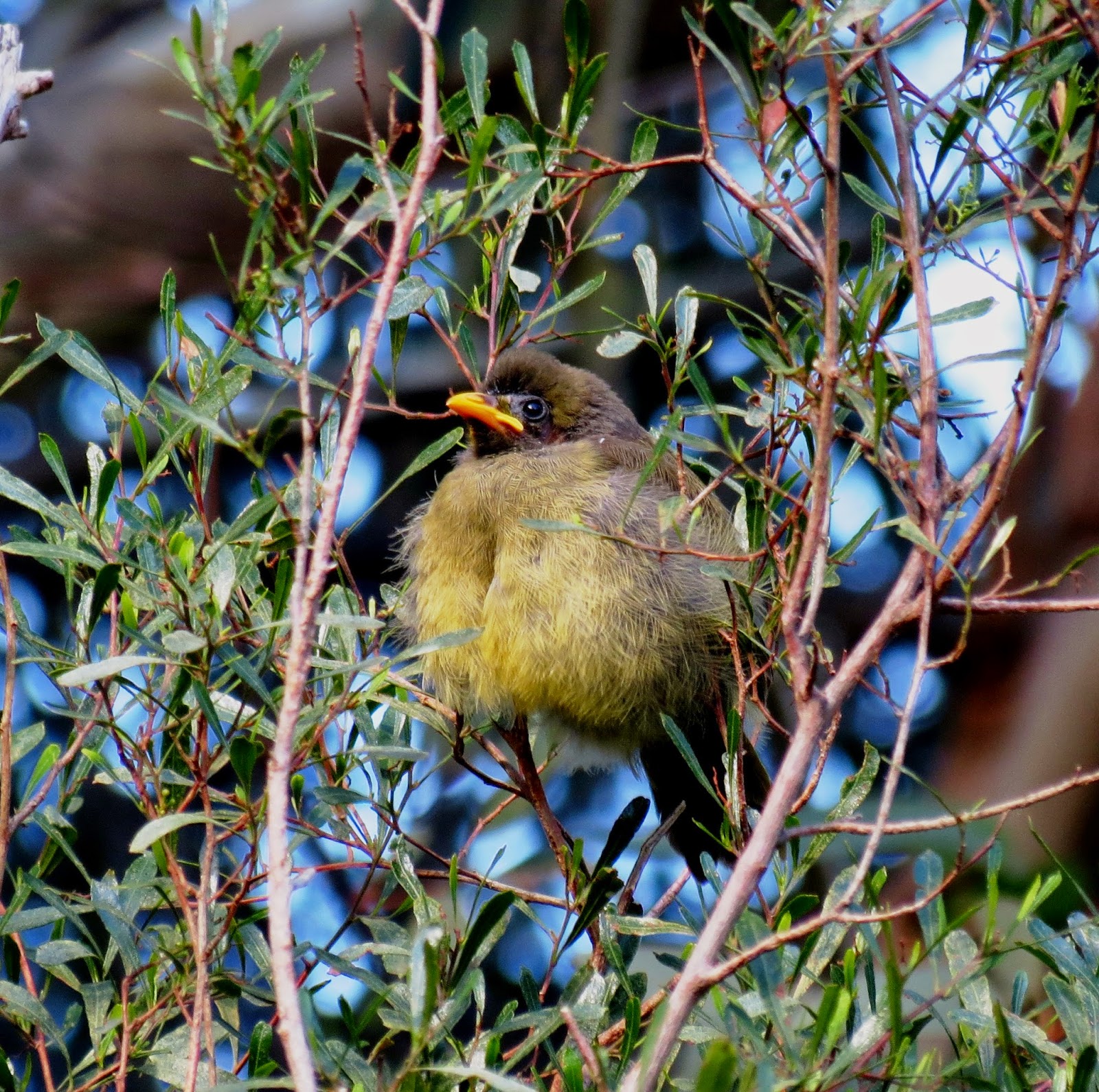 Just past this strip, you'll come across a few shrubby garden-beds alongside the creek - these are usually chock-full of superb fairy-wrens, along with the occasional white-browed scrubwren. There's also a thicket of trees just south of CERES that's usually bursting with new holland honeyeaters - I've chanced across a crested shrike-tit amongst them a couple of times. 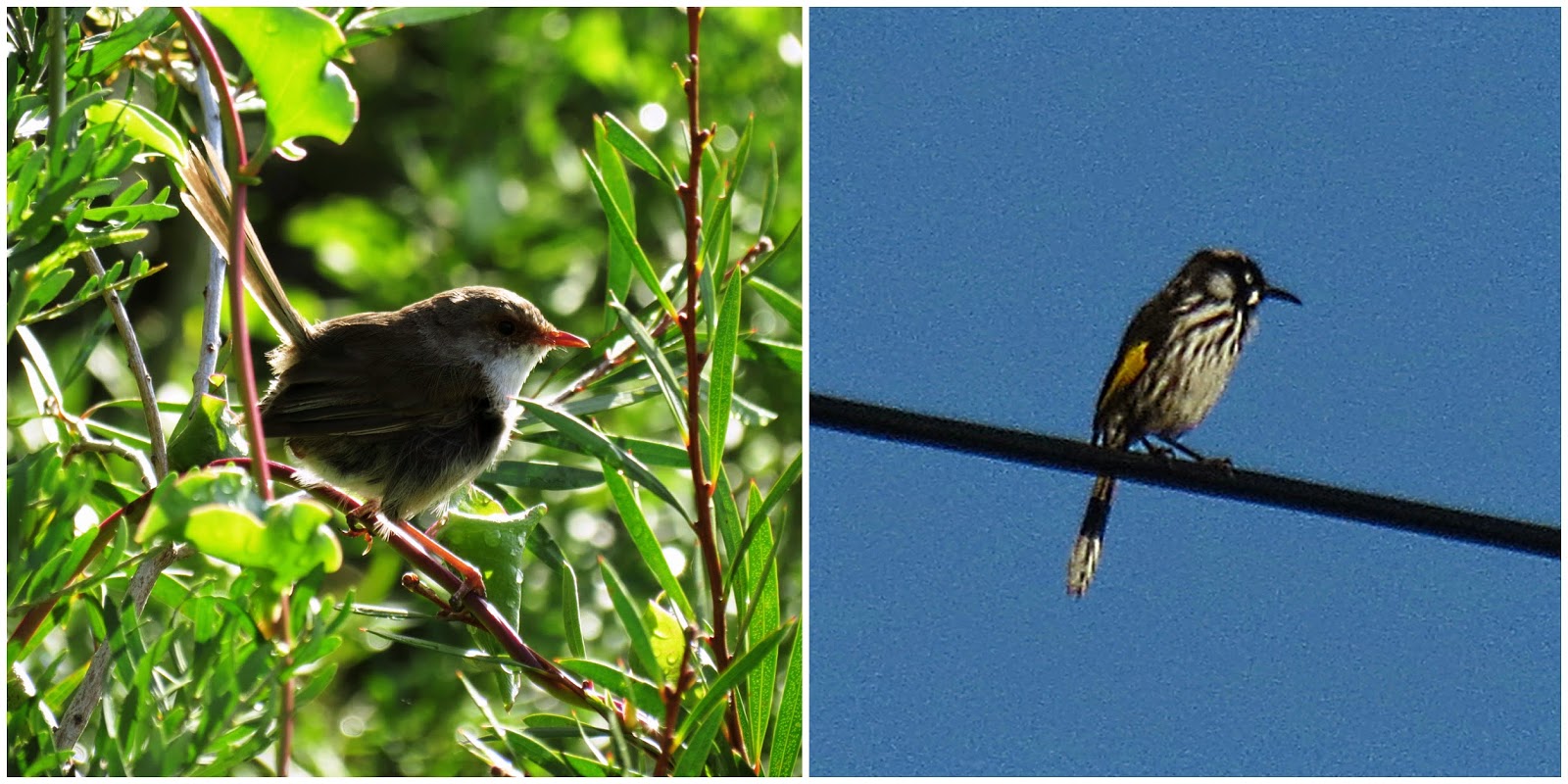 For the next little while the walk is mostly about the pleasant scenery - as you meander through Northcote and Fitzroy North, the birdlife reverts to common mynahs and feral pigeons - although it's worth keeping an eye out for crested pigeons, white-faced herons and the occasional darter along the way. 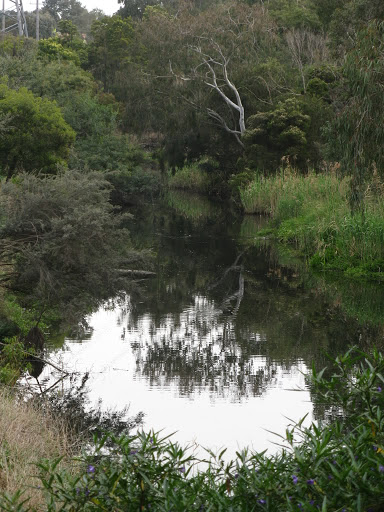 As you approach the Yarra around Dight's falls, things start getting interesting again - before you reach the main Yarra trail there's a rocky section of path along the creek where red-browed finches nest. This strip of the creek often has little black cormorants and laughing kookaburras hanging around. If you're full of energy, the walk right through Yarra Bend Park to Studley Park Boathouse is well worth the extra half an hour or so, with grey butcherbird, nankeen night-heron, red-rumped parrot, Eastern rosella, galah, sulfur-crested and yellow-tailed black cockatoo and black-faced cuckoo-shrike all a chance. 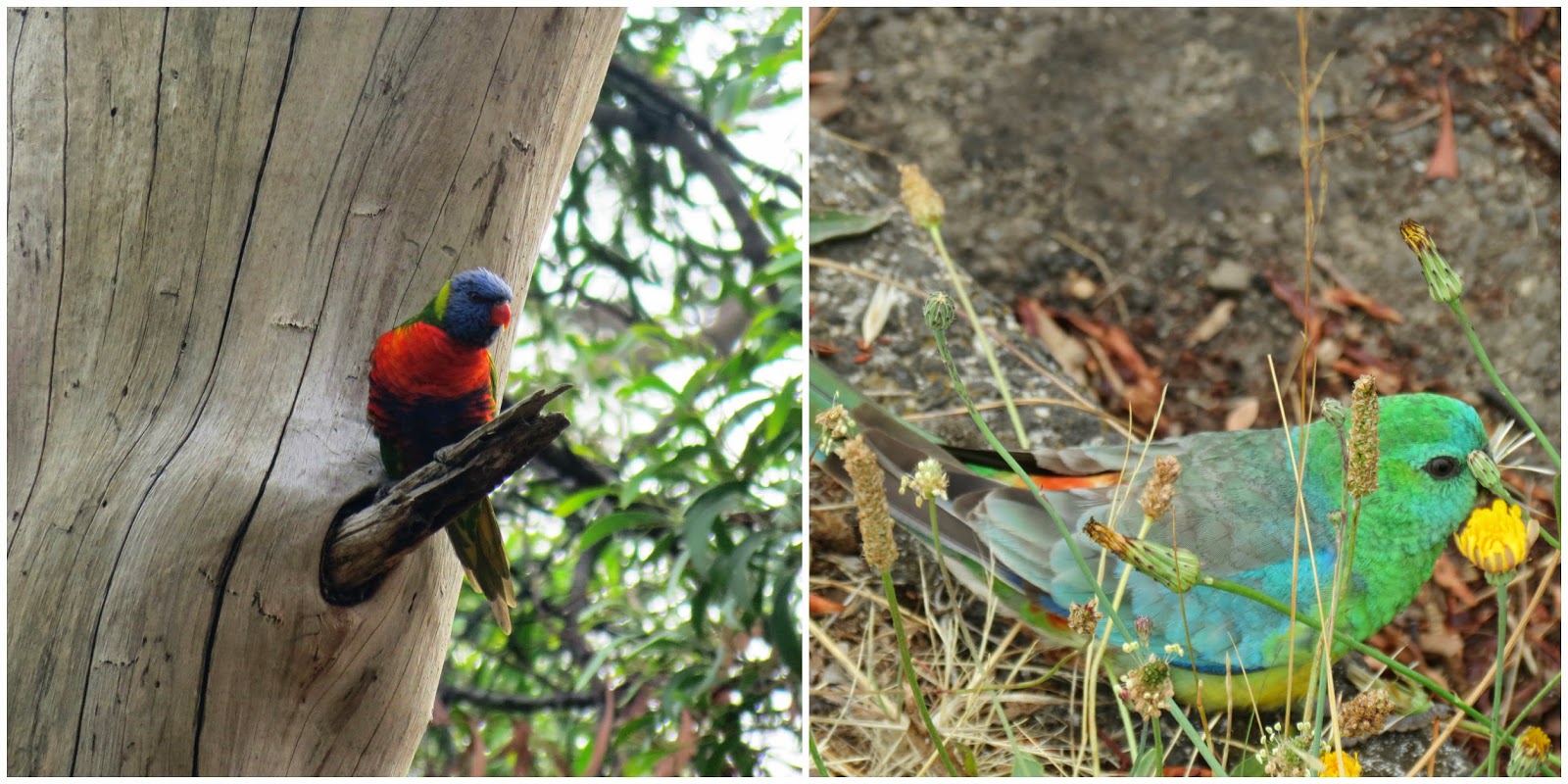 If you've made it to Studley Park, you'll have been walking for at least a couple of hours and you'll need to jump on a bus to...