Last year's Good Shepherd Circus Pie Classic probably ranks as the best night out Cindy and I have had in Melbourne: a great selection of bands, some frantic and shambolic cookery, drunken restaurateurs and breast-milk sauce - it had everything. So of course, when The Corner announced this year's event, Cindy and I immediately ordered tickets. We'd lazed around Rathdowne Street all morning post-breakfast, so by the time we wandered in to the band room, the rock 'n' roll had already begun, with the country-rock stylings of Downhills Home. They were an excellent start to proceedings, catchy and twangy. 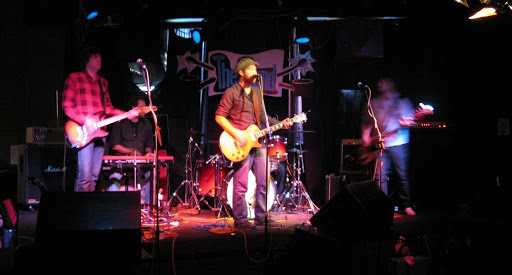 Before I'd even made it to the bar, Cindy had purchased raffle tickets in the hope of picking up the 1st prize - a $200 dinner at our favourite flash restaurant, Three, One, Two. Once the band had wound up their set, MCs Clem Bastow and Angus Sampson wandered on and let us know how things were going to be. The programme had been cut down from last time - there were no semi-finals, just two teams, 40 minutes of cooking and glory for the winners.
The two teams were introduced: Team A featuring last year's winners Ally Spazzy and team captain Rebecca Barnard, along with new competitors Phil Kakulas (from the Blackeyed Susans), Kim Salmon and Jon Chapple (from Shooting at Unarmed Men). 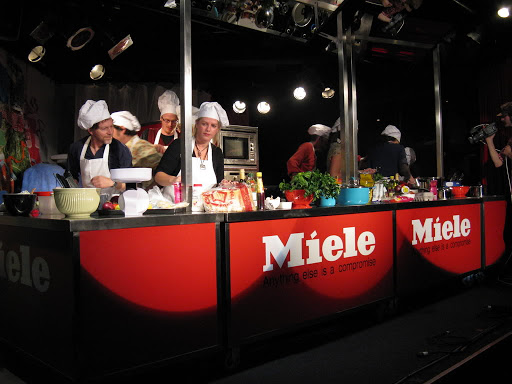 None of the other contestants from last year returned, so Team B was made up entirely of newcomers: team captain Deborah Conway, Willy Zygier, Adam Rozenbachs, Emma Race and Cameron Potts. As with last year, the cooking was based around an Iron-Chef style secret ingredient. This year it was 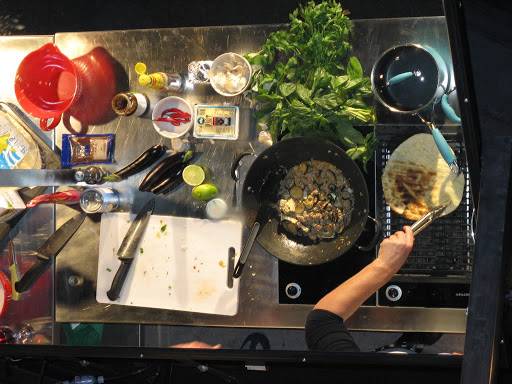 Luckily, Dynamo were on hand to entertain us. Think Jack Black style frontman, funky horn section, and all kinds of good-time rock. Outstanding. 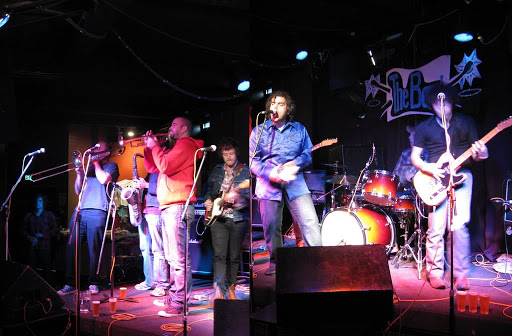 We had periodic updates from the cooking zone - the teams had quickly sorted themselves into those who do (Rebecca, Deborah and Willy) and those who taste (Jon and Ally). 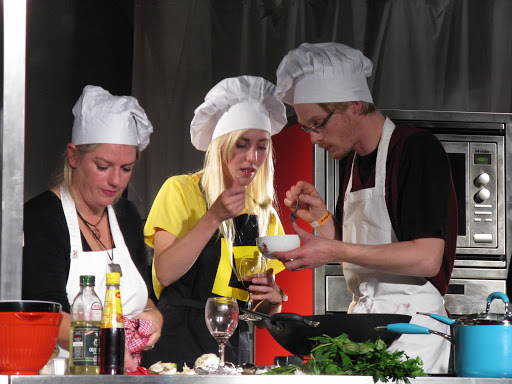 Still, everything seemed to be coming along, with piles of delicious dishes building up on each teams counter tops and, after a final burst of rock, the dramatic countdown began and the hurried plating began. Then, it was time for the judging! 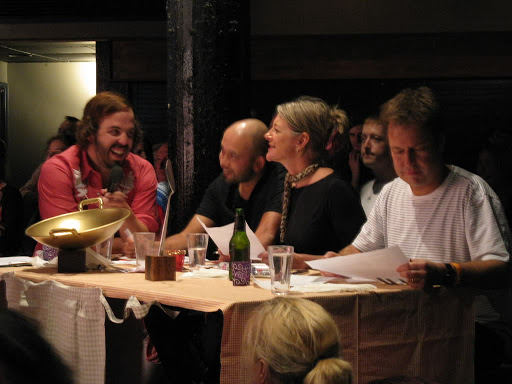 John Lethlean had obviously recovered from his breast-milk-related disgust, and reprised last year's role as head judge. Helping him out were Tracee Hutchison (all 'round Melbourne media personality who, if you head here, you can see interviewing yours truly in my brief moment of national stardom) and Adam D'Sylva (from Pearl).
The dishes flowed thick and fast from the kitchen stage, Team A churned out three plates: melitzana (a greek eggplant dip), eggplant salad with a tahini yoghurt dressing (inspired by Greg Malouf), and some sort of eggplant, tofu and pork curry (apparently inspired by Charmaine Solomon). Team B upped the ante with four dishes. They were a little upset that the judges had to taste cold versions of their creations, but were promised that it wouldn't prejudice their decision. Things started off with a babaganoush and flatbread, followed by eggplant rolls with rice (somehow including cinnamon, mint and lemon zest), a Lebanese style sweet chilli eggplant and yoghurt dish (which was responsible for a choking chilli cloud taking over the pub during the cook-off) and the crowning glory: breaded eggplant with French green beans. 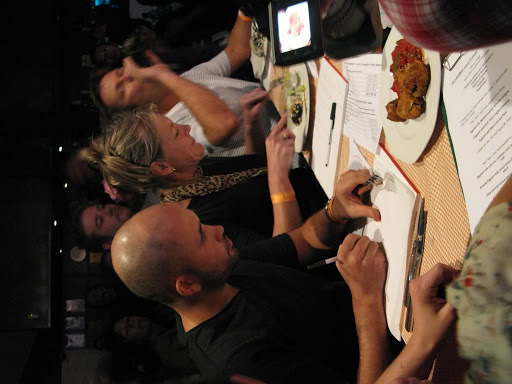 The judges were periodically impressed with the dishes served up, raving about the melitzana, the tofu and pork mush and, especially, the breaded eggplant. They were given a set of criteria to judge the two teams and, after much deliberation, the decision came back... Team A! Despite declaring Team B's breaded eggplant the best dish of the night, the better all round set of dishes from Team A helped them defend their title and reclaim the Golden Wok. The celebrations began at once. 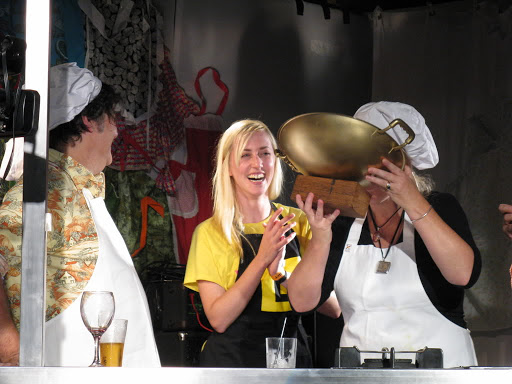 As did the gloating. 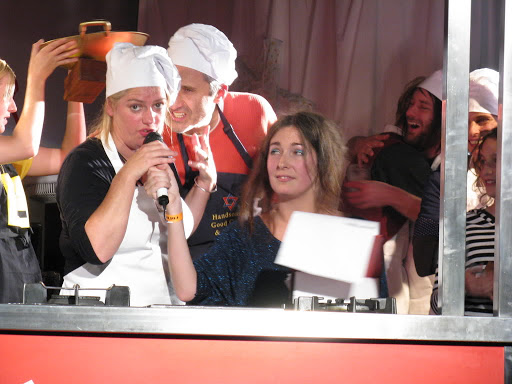 Team B seemed happy enough with second place and the coveted silver spatula and, far too quickly, our second Circus Pie Classic was over. 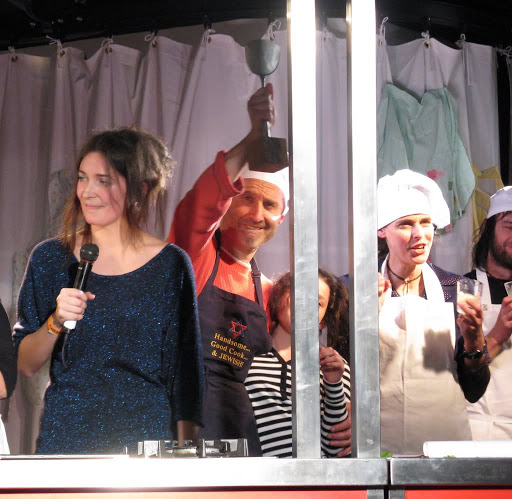 At least the cooking part was. There was still time for some more rock and a raffle draw. Old-school Melbourne rocker's Hoss gave us a punchy, rockin' set. Joel Silbersher may be tiny, but he sure knows how to make some noise. 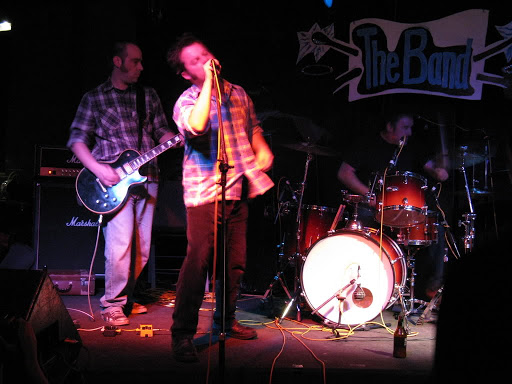 Next up were the Town Bikes - some sort of strange dance-based comedy act that left both of us pretty bemused. Nevertheless, the raffle was still coming up, so we hung around. 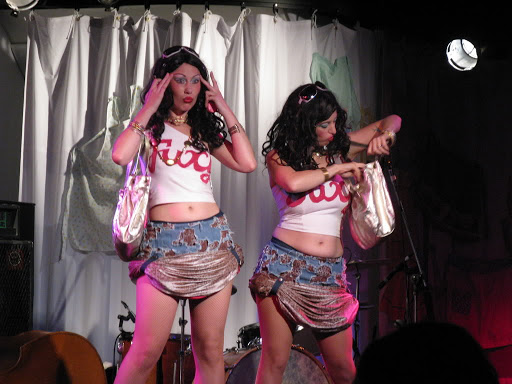 After many redraws, the full range of winning raffle tickets were finally announced and, not only did we fail to win the Three, One, Two voucher, we ended up with absolutely nothing. What are the odds? Still, the desperate hangers on were rewarded a fine, fine set from The Blackeyed Susanas. 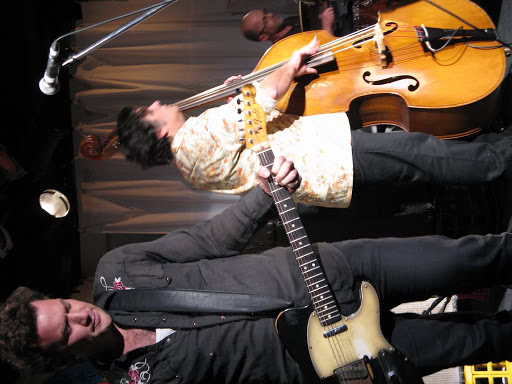 I can't recommend them enough - they don't play as a full band a lot these days, but there are duos and other combinations involving Rob Snarski that turn up around the place periodically, and it's hard to imagine any show featuring his voice being a disappointment. 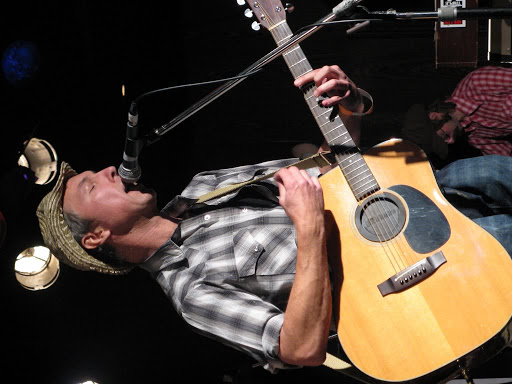 Good times. The second Circus Pie Classic was another fine evening in Richmond - I was a bit disappointed at the reduction in cooking (I guess it's hard to find four teams worth of Melbourne rockers willing to give up an afternoon for a cook-off), and the whole event lacked some of the bonkers charm of last year's (which happens when you remove Bog Log III and Sixfthick I guess). Still, some wonderful music, some hilarity, some cooking and a bunch of money for a good cause - we'll be back again next year. Good Shepherd Youth and Family Service do some damn fine work around Melbourne and if anyone wants to donate without enjoying the benefits of a rock 'n' roll cookoff should head right over to their website.
Posted by Michael at 3:09 pm