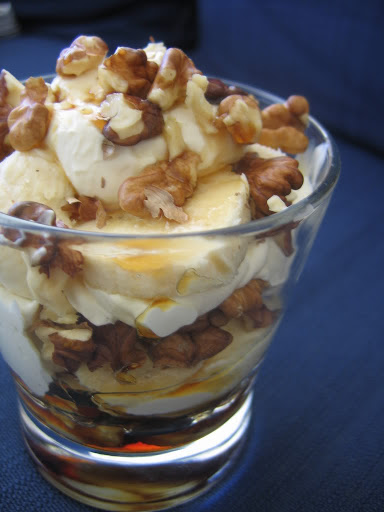 While ferreting around the cupboard I found something that had been there for a long time - some dry Italian biscuits previously used for orange tiramisu and dipping into dessert pesto. The packet was well-sealed so they were still perfectly fine for softening in a slosh of Coitreau and layering into some more fruity tiramisu. I popped mascarpone on my shopping list, but actually picked up something else when I hit the supermarket... 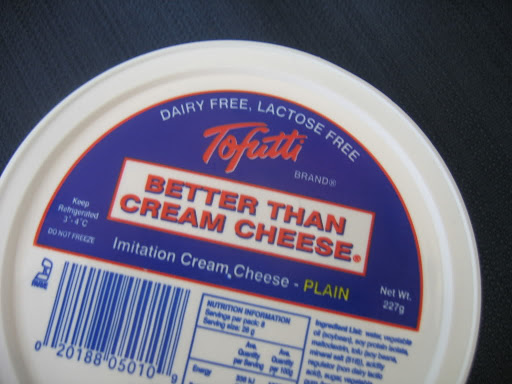 This is a vegan-friendly soy-based cream cheese substitute, and it was on special so I figured I'd give it a shot. It's thick, smooth spreadable consistency is dead on, and the taste is pretty close. There's something in the flavour that isn't quite the same as the real thing, but mixed with a little sugar it is perfect wherever you'd use cream cheese in a dessert. Recipes on the Tofutti website indicate that it can be used in baked and refrigerated cheesecakes.
But I just wanted to layer it up with some other goodies and eat it straight away! Here's what I enjoyed it with over a number of days.... 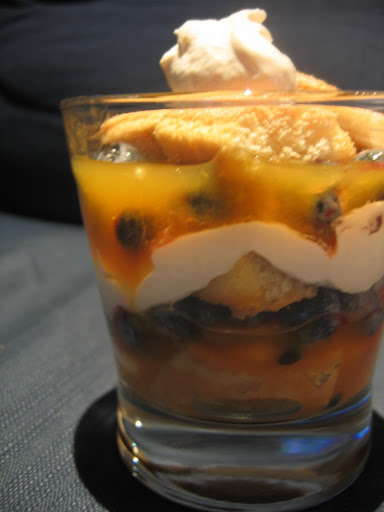 First I combined the Cointreau-soaked biscuits and brown-sugared Tofutti with frozen blueberries and canned passionfruit pulp. 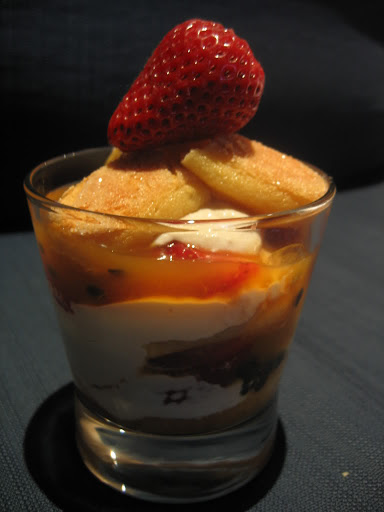 Then I finished off the passionfruit pulp and enjoyed fresh strawberries in place of the blueberries.

For my final trick, I was out of biscuits. But there was no need for them when I had bananas, walnuts and maple syrup on hand! It's the prettiest one pictured up top, and indulged in during daylight hours.
Posted by Cindy at 10:26 am