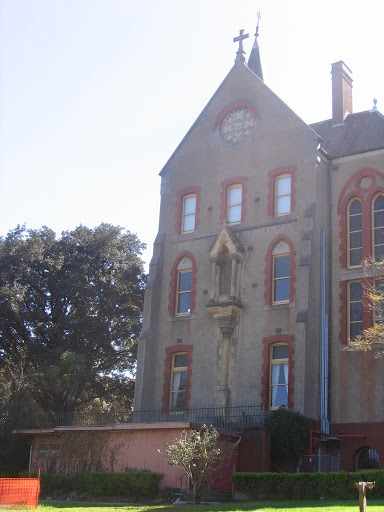 Winter had pretty much put a stop to our adventures to the countless markets that Melbourne hosts, but with the first hints of spring warming our bodies (and spirits), we decided to resume our explorations. We didn't really stray too far from home - off to Abbotsford for the monthly Slow Food Market, held in the Abbotsford Convent right next door to the Collingwood Children's Farm.
The market is spread out across the grounds of the convent (most of which is a school I think), with a few fruit and vegie stalls, some butchers, cheese-makers and a lot of other bits and pieces like dips and jams. I'd saved room for a second breakfast, so the first stop was The Convent Bakery - offering a range of bread and pastry products and a few sandwiches and panino. I decided to dive into one of the raspberry danishes, which was sweet, tangy and chewy in all the right places, while Cindy ducked outside to grab one of the fancy-pants cupcakes from one of the stalls. 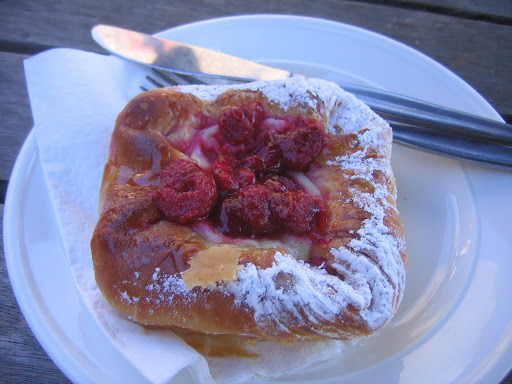 The cupcake was a red velvet cake with marshmallow icing ($2.50) from 'Tea with Alice'. Loaded up with sugar (and caffeine in my case) we were ready to face the stalls. We picked up most of the ingredients for our evening meal (coming soon!) and Cindy was seduced by some frozen blueberries and preserved lemons (which I don't think we've tried yet). I, on the other hand, couldn't resist buying more goodies for a guilty lunch: pumpkin bread, two kinds of cheese and an asparagus pesto. 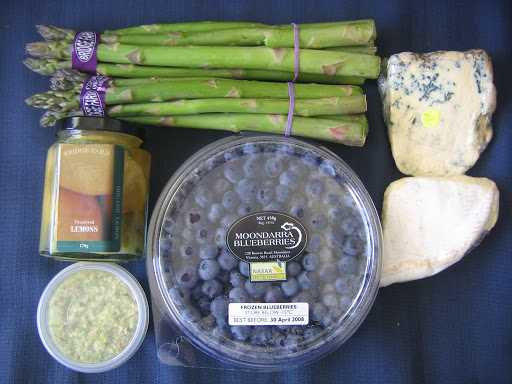 The bread was as good as you'd expect - particularly when slathered with the tasty dip or the drippingly delicious soft cheese.

The blue cheese, which was a reasonably mild offering also hit the spot on some of Cindy's knackerbrod (although I'm not convinced by her addition of maple syrup!). Meanwhile, my cholesterol probably hit six million. 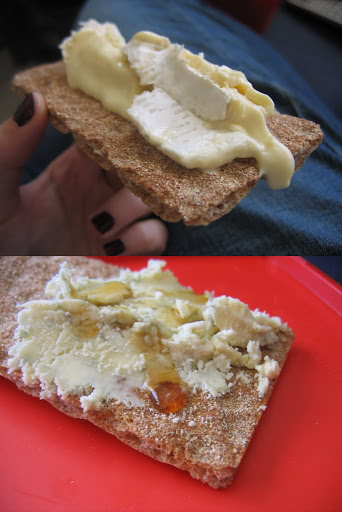 As ridiculously good as all the food was, the real highlight for me was just the sunshine, the grass and the outdoors - Saturday morning markets are destined to be a highlight of the warmer months ahead.
Address: 1 St. Hellier's Street, Abbotsford
Timing: The fourth Saturday of each month from 8a.m.
Website: http://www.mfm.com.au/slowfood.htm
Posted by Michael at 12:49 pm