After lunch we wandered a little further north along Sydney Road. I had tired of looking at clothes that I had no intention of buying, but I had heard that there was a great Mediterranean deli nearby. Mediterranean Wholesalers (at number 482) proved to be even better than I hoped. 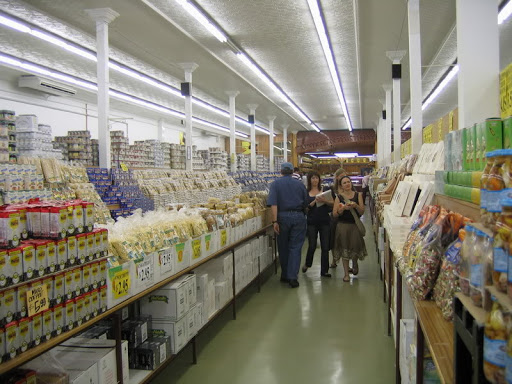 Aisles and aisles of canned and jarred delicacies, pasta, meat, cheese and baked goods... I particularly enjoyed wandering the dried pasta section, finding lots of shapes and colours I'd never seen before: 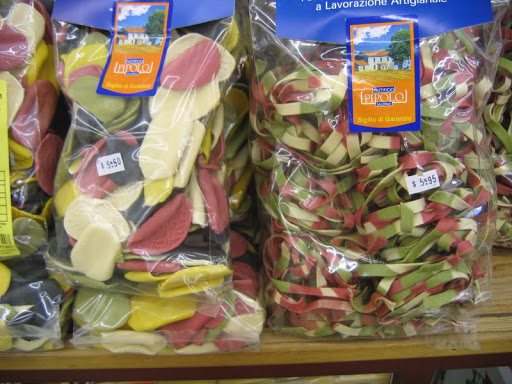 I limited myself to one packet for the time being. I also picked out a can of crushed tomatoes, polenta, whole nutmeg (wish I had that in time for the om ali), and a bag of dried porcini mushrooms. The mushrooms appear frequently as an ingredient in our mushroom cookbook, and I'm keen to give them a go. 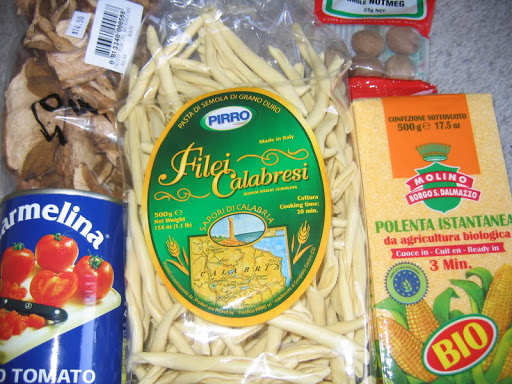 Next stop was an Indian grocery that we took a peek at before lunch. I remember neither its name nor its street number: very sorry. I can confirm that it's on the east side of Sydney Road, between the insections with Brunswick Road and Barkly Street. My best guess is that it's number 54. Pickles, instant mixes, spices, an extensive range of refrigerated and frozen breads... there's a collection of Indian DVDs too! We skipped them, but did buy an intriguing packet of Lay's chips, fenugreek-flavoured roti, cumin seeds, dessicated coconut, paneer (cheese), almond essence, rose water, orange essence and a jar of lime and chilli pickle. 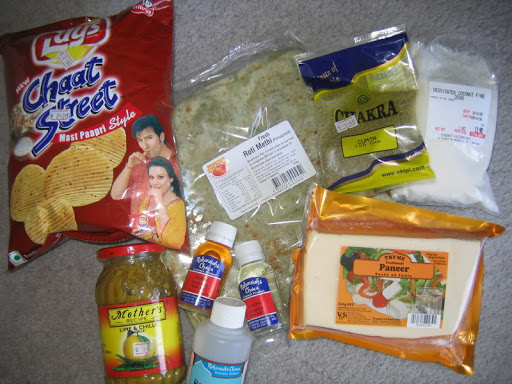 Weighed down but satisfied with our finds, we walked towards home, stopping to rest and enjoy the weather in Princes Park. As we continued south next to the cemetery we marvelled at the clear sky. 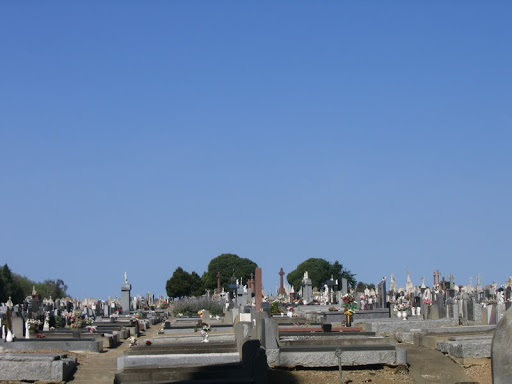 Categories
Posted by Cindy at 7:46 am