With Michael staying a bit late at work for a seminar, we rationalised a mid-week break from cooking to visit Nyala African restaurant. This was our second visit to this restaurant, the first being three and a half years ago on a holiday. That was our first taste of African food and we were delighted with the injera, so much so that we got onto the internet after returning home to Brisbane and tried to recreate them in Michael's kitchen. The dishes we were ordering at that time were quite meat-heavy, but there's also about five vegetarian mains on offer, as well as a couple of salad sides, a couple more veg entrees, and a bunch of dips.


In an effort to try as many dishes as possible, I convinced Michael to share a combination entree and Seble plate (sample of four mains). Yeah, OK, I had my eye on a dessert too! The waitress was very accommodating and the waiter brought out our food and Bati beers with a huge smile, so Nyala definitely gets two thumbs up for service. There was a party of twenty there, and yet we didn't have to wait too long for anything. 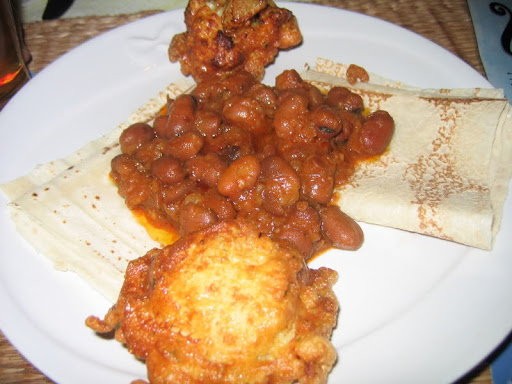 Here's our entree: fava beans in gravy with warm, earthy spices on flatbread, and battered and fried cauliflower. 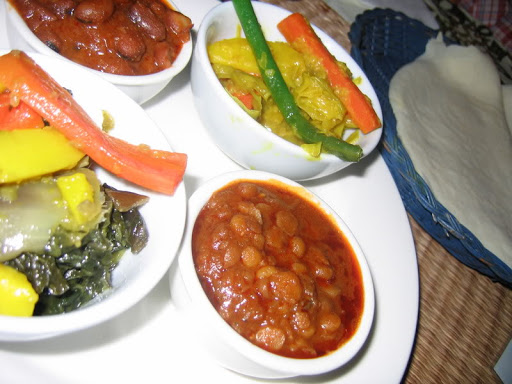 The main dishes included more of the fava beans, and an even spicier lentil version. I really enjoyed the cabbage, which was cooked in coconut milk, and the silverbeet was pretty good too. Injera are the ideal accompaniment to the gravy-based dishes. They're thin unsweetened pancakes that are cooked on one side only. This means that the top side has a bubbled spongy surface, perfect for soaking up sauce. Traditionally they're made with millet flour and I think there's some fermentation involved, but with a bit of help from the internet, I've discovered that making a batter of equal parts plain flour and soda water is a very effective way of recreating this dish at home. 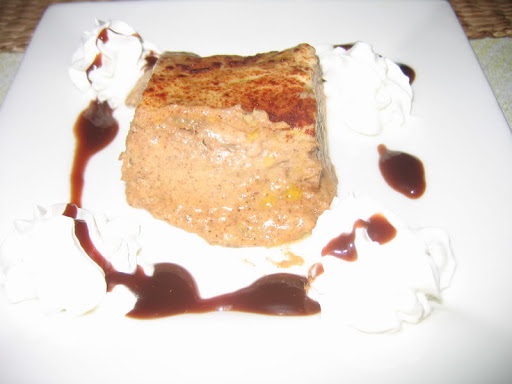 What with all this sharing of meals, I certainly had room for dessert. Michael wasn't particularly interested, so I went ahead and ordered Tafach Mooz: a mix of banana, brown sugar, cream cheese and cinnamon. (Michael hates bananas.) A lovely smooth combination of subtly sweet flavours.


I reckon I could almost cook these meals to the same standard at home, but I wouldn't have been inspired to do so without another visit to Nyala. And given the pleasant atmosphere and great service, there's a couple of good excuses for not going to the trouble.