I've walked past La Parisienne Pate on Lygon Street quite a few times and always been curious about the delightful French treats hidden within. There's a small selection of bread, a few antipasto options, loads of meaty French food and, most impressively, a wide range of exotic French cheeses. We randomly settled on the L'edel de Cleron, a runny cow's milk cheese, generally aged for a relatively short time and bound in a ring of pine bark. We were uncertain about how to eat it - it's close relative Vacherin is meant to be scooped out of the bark rind directly, but the L'edel de Cleron seemed a bit too hard for that approach, so we peeled the bark off to get the runny innards. 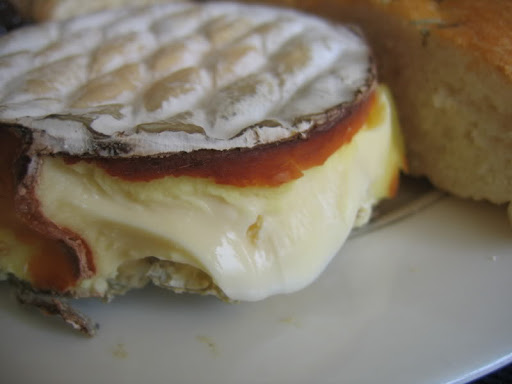 The moldy edges were stronger than expected, and too much for Cindy, leaving all the more deliciousness for me. The softness of the cheese meant I could spread it on the bread we bought from Piedemontes, making for a tremendously indulgent lunch. 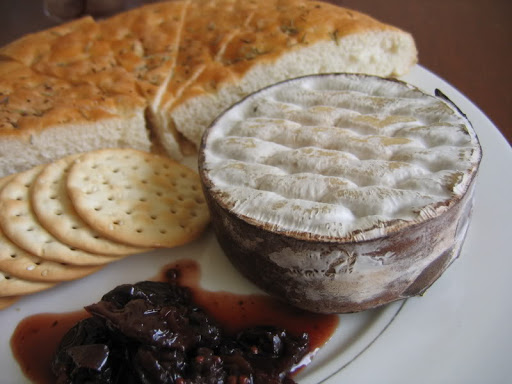 Categories:
Posted by Michael at 12:52 pm