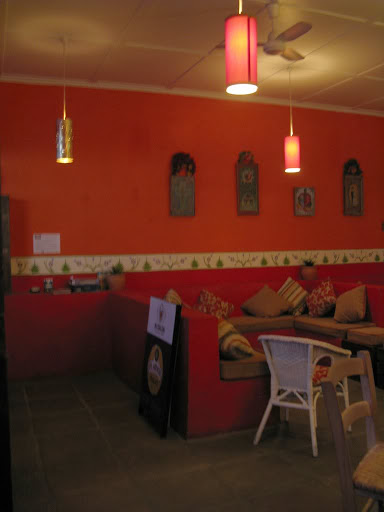 While Cindy had been chowing down on a variety of uncooked delights, I'd been wading around Mud Islands in Port Phillip Bay getting sunburned (and seeing twelve new bird species!). Needless to say, neither of us had much energy for a Saturday night shop and cook, so we pondered our lazy and local eating options. We considered a few old favourites, before eventually settling on a trip to Mi Corazon, at the northern end of Lygon Street's fast gentrifying East Brunswick section.

Mi Corazon promises 'Mexico in Melbourne', and is part vodka bar and part Mexican Cantina. It's an inviting venue - a nice area of lounging chairs and lots of tables for dining. All the tables were full, so we parked ourselves at one of the front bars to peruse our options. It's a relatively small menu, and three of the eight mains are veg or veg-convertible. We kicked things off with a couple of virgin mjoitos ($5), which hit the spot pretty nicely (there is of course a wide range of tequilas, and plenty of imported South American beers). 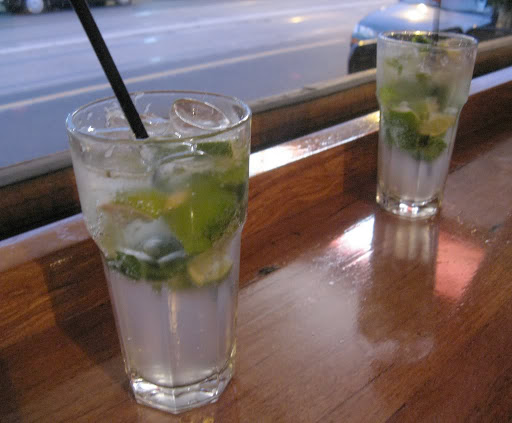 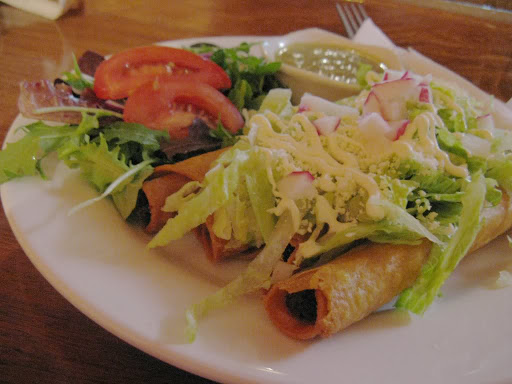 I had a little taste, and it was all crispy fried tacos - the filling played only a minor role in its deliciousness. Particularly once I'd smothered it in our sides: refried beans ($2), guacamole ($3) and hot salsa ($1). 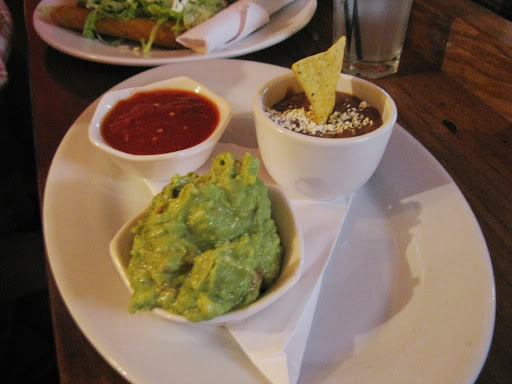 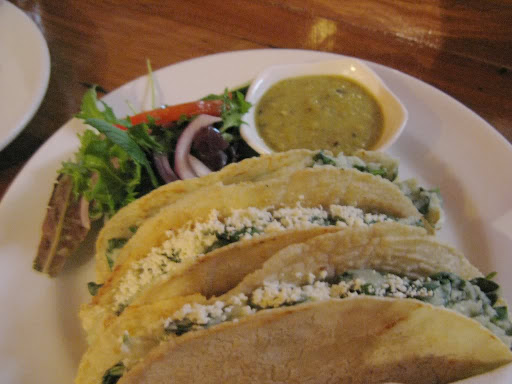 Again, these were quite good, but basically served as vehicles for the sauces (it's worth noting that the tangy salsa that comes with the dishes is at least as hot as the salsa we ordered on the side).

In all honesty, the food here was good but not great - especially not at the prices asked (and especially when you compare it to the delights of Trippytaco), but it's a bustling bar with a good atmosphere and a convenient location, and it all went down a treat after a long day in the sun. Still, I think next time we've got Mexican cravings we'll summon up the energy to ride over to Smith Street.