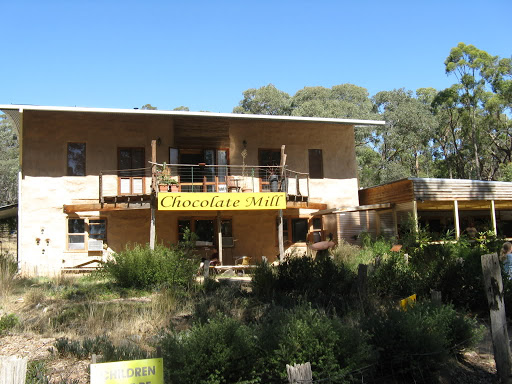 The final mandatory stop on the Vegan Potluck tour of Hepburn was at the Chocolate Mill. The only detail about this place that I'd received, repeatedly, prior to our arrival was that the Chocolate Mill does vegan hot chocolates in a bowl and they're huge and rich and delicious. 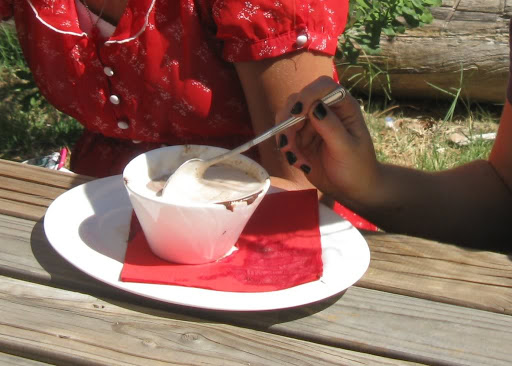 Here's the evidence. A few of these were spooned and slurped very happily around our picnic table. 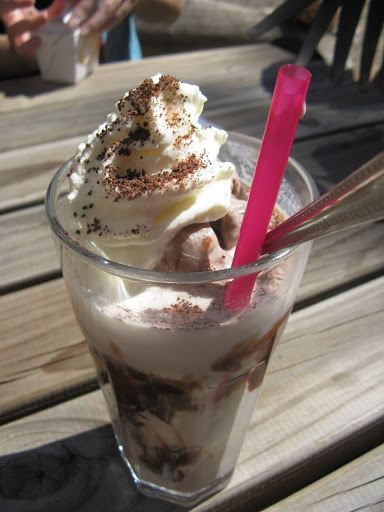 Michael and I preferred to share an iced chocolate - though the syrup and flavoured icecream didn't quite live up to the melted Belgian chocolate, it was a more refreshing choice as we sat in the sun. (Note that the iced chocolate is probably not veganisable, though the Chocolate Mill's milkshakes might be.) 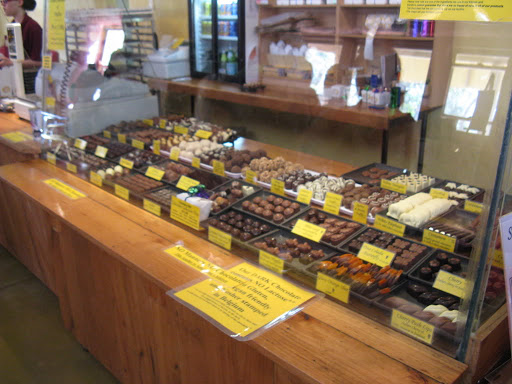 Of course, the Mill doesn't just melt chocolate into drinks - they also mould it around all sorts of other flavours. The vegan ones are helpfully labelled with a green V. 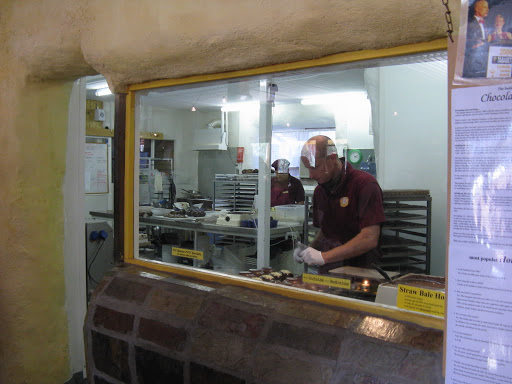 You can even take a peek at the moulding and decorating in action! 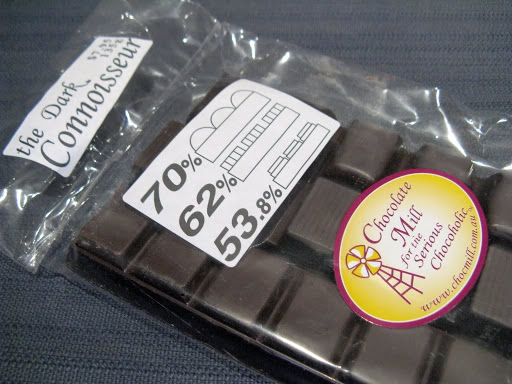 Naturally, I took a couple of extra treats home with us. This Dark Connoisseur pack contains chocolate with three different levels of cocoa solids. I'm enjoying working my way up in bites from lowest to highest cocoa content. 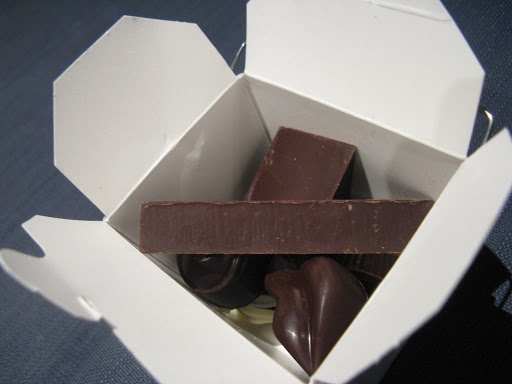 This hand-picked assortment is pretty special, too. The cinnamon stick had a surprisingly stick-like texture, and the cherry-centred dark chocolate lips are spectacular.
It's quite possible that the Chocolate Mill won't outperform your favourite city chocolatier, but it's a must-taste stop for any sweet-toothed travellers through the Hepburn shire.
Posted by Cindy at 9:25 pm