Update 27/2/2014: Walking past the other day, I noticed that The Green Grocer has closed down and been replaced by Sixteen 83 Epicerie. 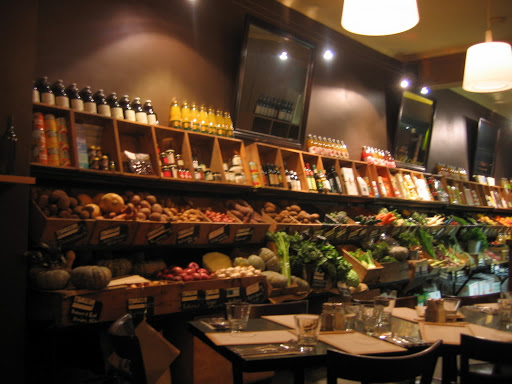 I am still struggling to adjust to a Melbourne winter and within hours of darkness setting in I tend to become lodged semi-permanently on the couch, ensconced in a blanket. Michael, meanwhile, suffers bouts of cabin fever as I bat away his invitations to venture out and about. So it was his prodding that got us to a new restaurant for dinner on Friday night. Thankfully the weather was relatively mild on this night and the Green Grocer had a fireplace to greet us at the other end - if anything the atmosphere was a little too warm and drowsifying for me. 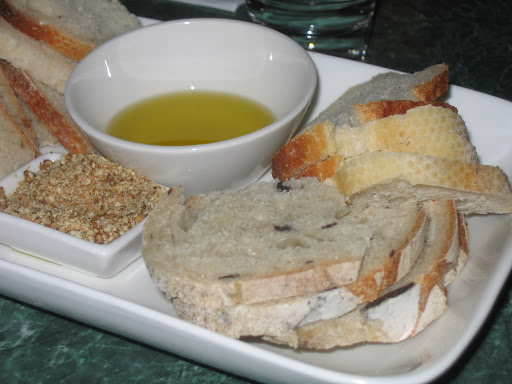 The single page menu is almost meat-free from the appetisers through to the light mains (ranging from $8.50-$18.50), but organic meat dominates the heavier end. This suited me fine - my appetite was light and I figured that one of the larger starters should leave me room for dessert. Despite my vague protestations, the waitress was concerned that we might not have enough to eat and recommended a plate of bread and dukkah (~$5). This was an irresistible proposition for Michael and he quickly did away with almost half the plate. Meanwhile I was battling the most potent ginger beer I'd ever tasted, and was smothering the flames in my throat with my second bread slice when our mains arrived. 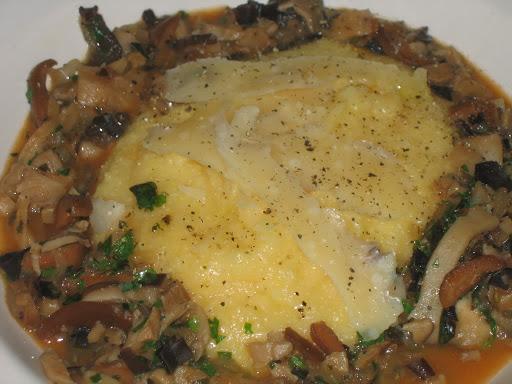 Here's Michael's wild mushroom ragu with soft polenta, truffle oil and shaved parmesan ($16). He says he liked it, but it got a bit monotonous by the end. He was more excited about his glass of red (which incidentally tasted terrible when combined with the residue of ginger beer in my mouth). 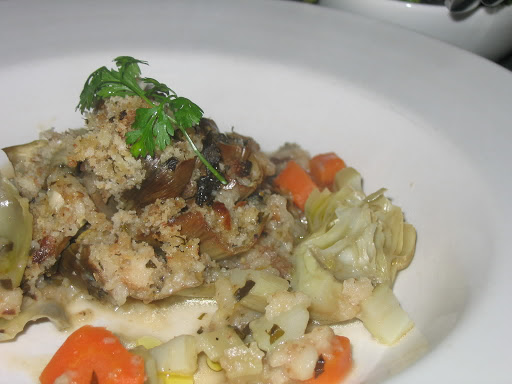 I had artichokes with a parmesan, parsley breadcrumb stuffing stewed in lemon and white wine ($12.50). The first few mouthfuls were the best - I could really taste the subtle interplay of artichoke with lemon. The cheese, breadcrumbs and dressing were used sparingly, allowing the artichoke a main role throughout. In these proportions it was a light but comforting meal. 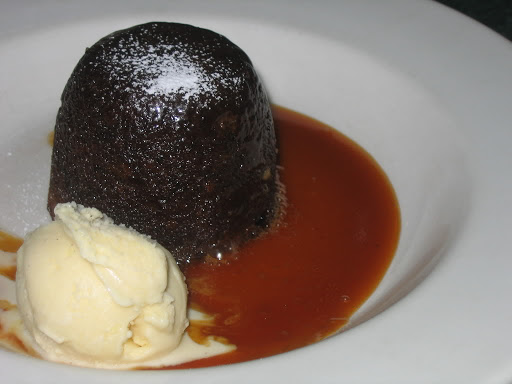 Unusually we both found room for dessert, and our waitress rattled off the dozen items available - it really was a long list to not get printed on the menu. I eschewed my best friend chocolate in favour of the sticky date pudding with butterscotch sauce (~$12.50). The butterscotch sauce and ice cream (flecked with vanilla seeds) were top-notch, but the pudding itself didn't bowl me over. It was pleasant, a bit on the dry side, and nothing different from any other date pudding I've tried. Would you believe I didn't even finish it? (The sauce and ice-cream were cleaned up, of course.) 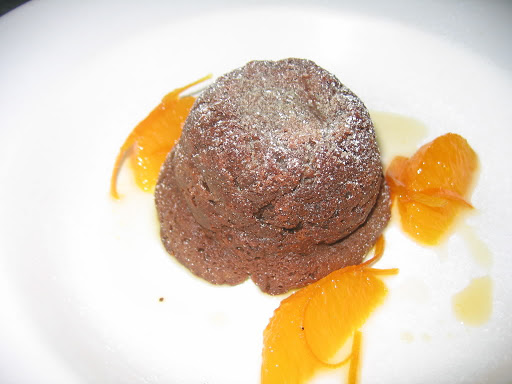 Michael did better with the choc-orange souffle. It was fairly firm and cakey as souffles go, with a not-too-intense chocolate flavour that sat next to the orange, rather than dominating it.

All up it was a pleasant winter dinner for two, polished off with a walk home in the cool air. I was glad to finally try the Green Grocer's dinner menu but with the bill clocking in at $83, the food wasn't quite as memorable as I felt it should have been.

(Read about our previous breakfast at the Green Grocer here.)
Posted by Cindy at 9:07 am