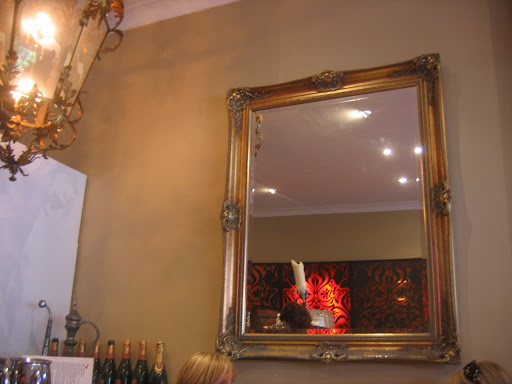 Cindy and I had vague plans to cook something on Monday evening, but for some reason she picked up a crazy vegie hot-dog craving while she was at work and we decided to make a return visit to Bowl of Soul so she could get her fix. Unfortunately, they seem to have taken a summer holiday, and we were met with a firmly closed door. We opted for second best: a quick walk over to Albert Park and vegie burgers from Andrew's hamburgers. Alas, they too were enjoying a well-earned January break. With our hunger levels increasing and our Cheap Eats guide at home, we had a quick wander around Albert Park hoping to stumble onto something appealing. And that's when we found Kamel. There were no hot dogs on their menu, but a wide array of vaguely Middle-Eastern tapas plates, at least half of which were meat-free. Score! 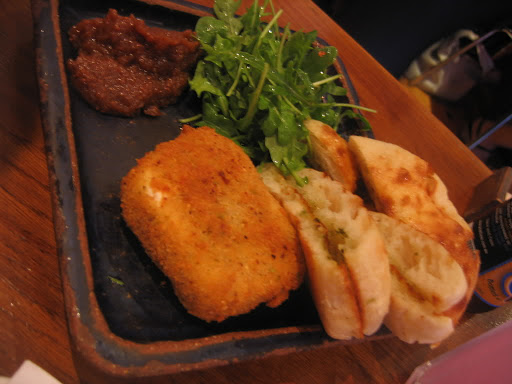 We had a quick consultation with our waitress, and decided that three of the plates would be about right for two fairly hungry people. After much agonising (it's hard to believe that a menu would have 'broccolini with peri peri butter and roasted almonds' and 'field mushrooms with feta and herb oil' and that we'd order neither dish), we started with pistachio-crumbed goats cheese with fig paste & Turkish bread. The crumbed cheese was crispy outside and creamy inside, the quince paste added some fruity flavour and the well-dressed rocket helped us pretend it was healthy. 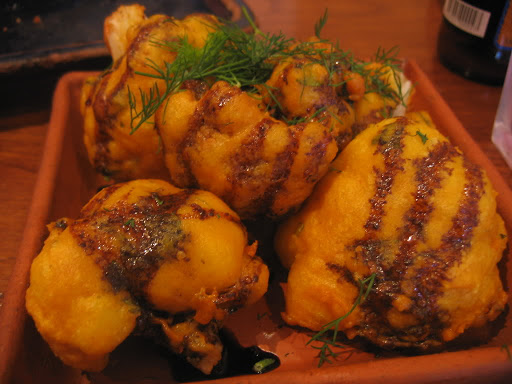 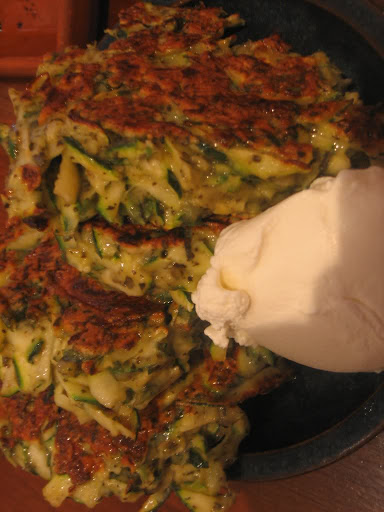 Cindy started to slow down a little at this point, but the food kept coming: zucchini and mint fritters with yoghurt to finish off. These were some substantial fritters: huge patties of herbed zucchini and a giant dollop of creamy yoghurt. To be honest, these were a little blander than I expected - I think because I imagined them as haloumi and zucchini patties and they lacked the salty punch I was expecting. They benefited hugely from a pinch or two of salt - after I'd sussed that out, they were deliciously flavoursome.

We didn't quite get through it all, but that was really no critique of the food - it was a fantastic find with a reasonably affordable, varied and very veg-friendly menu. There's a good handful of menu items I'm still keen to try, so stay tuned for a Kamel update in the coming months.