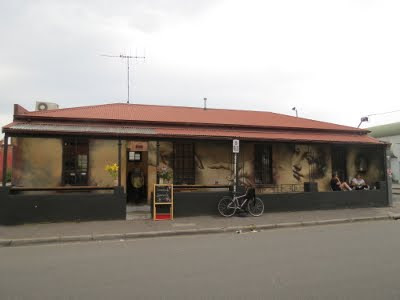 Brian's post about Grace put it straight onto my list of must-visit places - the food looked great and the fit-out charmingly laidback. I quickly forgot about it though, as other breakfasts got in the way. A month or so later we got an email from reader Leah urging us to check it out, but still it took the best part of two months for the two of us and our camera to find our way there. Melbourne is clearly providing us with too many options. 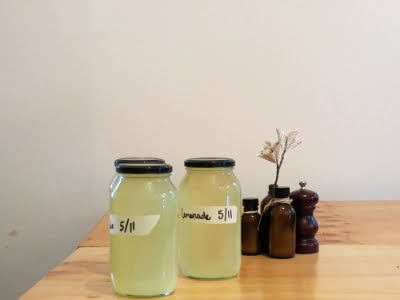 Anyway, we finally made it and it easily lived up to the hype. The building (which has an interesting history) is brilliantly decorated on the outside and quietly stylish on the inside. The staff are friendly and helpful and at 10am on a Monday at least, things feel lovely and relaxed. The menu, hidden in the cover of an old books, promises 'kind food' and is loaded up with vego options. Vegan and gluten-free items are also marked, although the former seems restricted to just avocado on toast right now. I hovered over the beetroot, feta and alfalfa bagel ($7.50) and the chickpea and eggplant baked eggs ($15), before settling on the field mushrooms with roasted beetroot, rocket and herbs (vegan, $14). 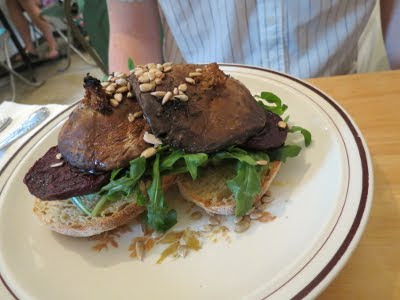 Everyone else who's ordered this seems to have added a serve of feta, and I can see how that would work - without it, this was just the tiniest bit dry. It made up for it with flavour though - both the mushrooms and beetroot were marinated and roasted, and both were bursting with deliciousness. There was something a little citrussy going on I think, as well as garlic and saltiness. Whatever it was, it really worked - I'd recommend this, although maybe splash out and order the feta to smooth out the textures a bit. Or just ask for nuttelex/butter on the toast.

Cindy was never going to be able to ignore the quark-filled crepes ($13, although she did waver briefly over the $8 yoghurt jar), meaning her only real choice was toppings: berry coulis or lemon curd? In the end she went with lemon curd which came out alongside a generous pot of cream. 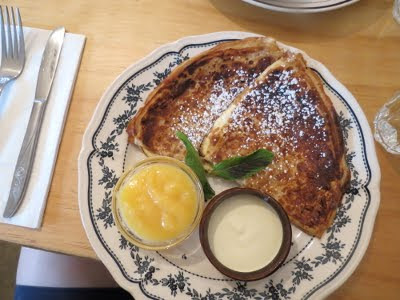 These were clearly successful as they remained untasted by me. Cindy was particularly happy with the generousness of the toppings - there was plenty to smush across the delicate crepes, leaving one very happy breakfaster. 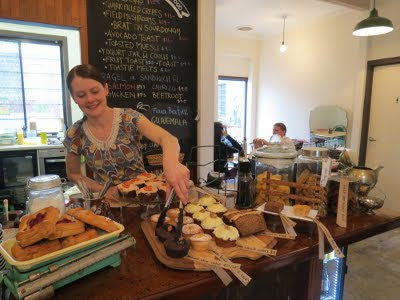 We spent a good portion of our breakfast discussing possible takeaway sweets - the counter is set up so invitingly that it's almost impossible to walk out empty handed. We ended up grabbing a couple of goodies (a gluten-free chocolate and almond cake and a vegan blood-orange cake) to sneak home with us, both of which were very satisfactory. Grace is a lovely addition to a suburb already overflowing with excellence - they're in a great location, have a beautiful space and are providing fine breakfasts.
____________


Despite the veg-friendly focus of Grace, no other vego bloggers have reviewed it yet (although it does make the recommendation list at the Vegan Guide to Melbourne). Other bloggers have been uniformly positive about it - check out the indolent cook, Sharking for chips and drinks, The Social Lion, melbournechaitimes, Fitzroyalty, slicing almonds and zesting lemons, Eat With Anja, Debbie Download and Royal Fuchsia Kohl.
____________


Accessibility: There are a couple of steps up to a narrow door to enter, the interior is all pretty tight and the chairs are a bit unstable. You order at the table and pay at a low counter.
Posted by Michael at 10:59 am