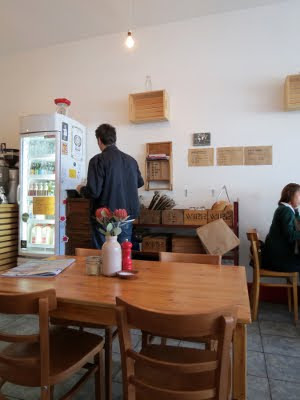 The cafe culture of the inner north is expanding at rates and distances that we can't keep up with! Still, we visit what we can and Brother Alec has the advantage of being located near the Thornbury Theatre (where we often go for Women of Letters).

Eggy all-day breakfasts take prime position on their menu, but there's also muesli and porridge, toast (including gluten-free with a surcharge), soup, dahl, nachos and rolls. As well as build-your-own fry-ups, those eggs batter French toast, get stuffed into rolls and breakfast burritos, or sit atop a bed of mushrooms, artichoke and spinach. Vegan and gluten-free options aren't obvious, but I reckon it would be worth asking the friendly staff for advice. 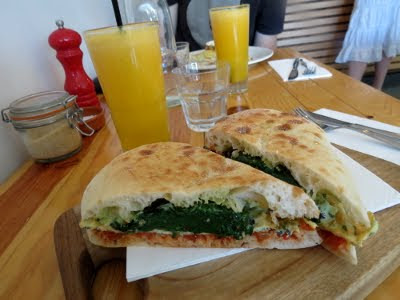 In an unexpected move, I tried the breakfast roll ($12.50) - Turkish bread layered with tomato relish, a thin omelette, a terrifyingly thick wodge of spinach and a smear of house-made mayo. It's an excellent combination of flavours, tipped slightly off balance by the low ratio of egg to spinach that they served up. 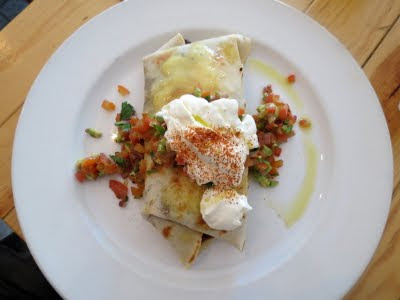 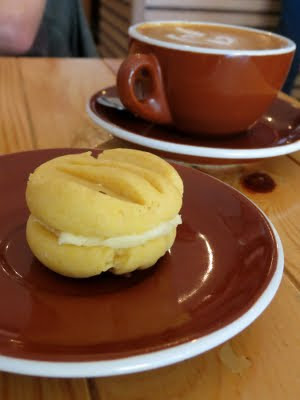 We found time for a coffee and a yo-yo ($3.50) - this is a lovely, buttery rendition of the biscuit without quite reaching the heights of Purple Patch's passionfruit-spiked vegan glory. Still, it's located at least 15km closer to our house. (It's high time I worked how to conjure them from my own oven 5 metres away, isn't it?)


Brother Alec is a cute and unassuming addition to High St with cheery staff, a couple of nods towards accessibility and some nice variations on the usual egg-and-bread breakfast. 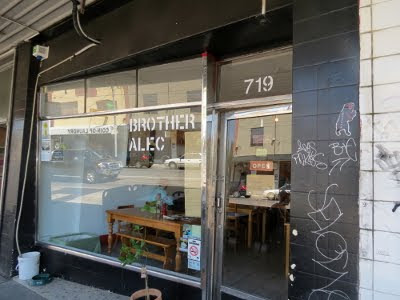 
Brother Alec has been received positively by Little Miss Soy Latte and Do You Want To Stay For Breakfast?, and with ambivalence from juganaut's foodie thoughts.
____________


Accessibility: Brother Alec has a short-and-shallow ramped entry and moderately spaced tables. We ordered at our table and paid at a low-ish counter. The toilets are unisex; there's ramp access but the corridor and cubicle are a little narrow.
Posted by Cindy at 1:31 pm