December 31, 201: Livin' Burrito Loca disappeared at the end of last summer and is yet to pop up anywhere new. 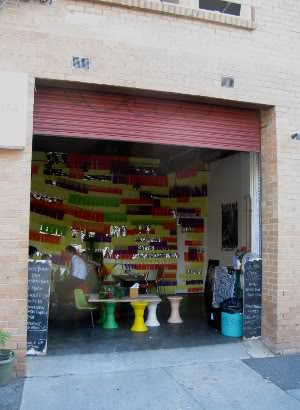 Melbourne is in the grip of taco-fever - it's impossible to keep up with the flurry of hip, Mexican-inspired eateries popping up across the city, presumably inspired by Mamasita's incredible popularity. We've done a pretty poor job of keeping up with the trend, unable to go beyond Trippytaco's reliably awesome offerings.

Still, a pop-up taco place in an art space in the back-streets of Fitzroy is about the most ridiculously 'Melbourne' thing imaginable, so when we read about it, we felt duty bound to check it out. It's really a pretty rudimentary set-up: a food trailer and a makeshift bar plonked down in a garage that's been decorated with lots of coloured paper. It looks like the whole joint could be packed up and disappeared in about fifteen minutes. 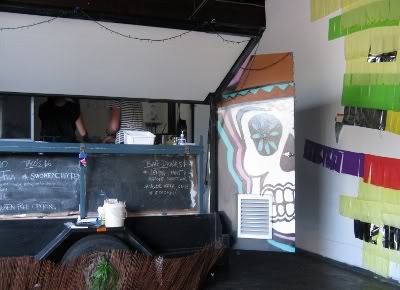 The menu is similarly straightforward: there's a burrito ($10) or tacos ($6 each), with a black-bean based filling for us vegos and lots of fresh salad. There's also a couple of drinks to choose from: the milky aloe vera, lime and coconut and the fruitier lemon, mint and agave nectar ($4 each). Both come served in little plastic bags with optional slugs of booze (which presumably cost extra). 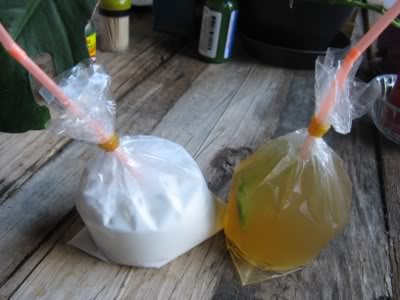 They're kind of fun and it's nice to have some interesting non-booze options, but the wacky serving style is actually a bit of a pain in the arse - simply putting them down on the table takes care and attention. 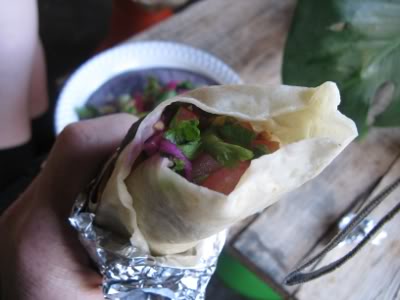 Onto the food! Both the tacos and the burrito were pretty good - made to order and filled with good quality ingredients. The salad is fresh, the black bean mix is tasty and the tortillas are delicious (particularly the blue corn ones that come with the tacos). They both come with cheese, guacamole, salsa and chipotle mayo. There's also hot sauce on the tables for people like me for whom the mayo isn't quite chipotle-enough. 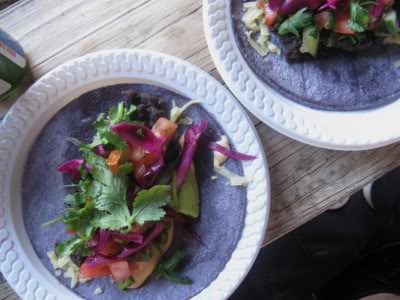 The big downside? Price. At $10, this burrito is the same price as the tofu/bean option at Trippytaco and about half the size. Similary, Cindy's two tacos ($12) are about $3 more than the Trippytaco variety and considerably smaller. If this place was churning these out a bit cheaper I'd have no hesitation in recommending it, but at these prices you're not really getting great value for money. I guess you're paying for all the hipster points you're racking up. On the plus side, they do offer vegan and gluten-free options and the staff are pretty friendly.

I'm surprised by how little blog attention this place has had so far - That Jess Ho checked it out and was pretty unimpressed.

Accessibility: Ramp access and a relatively uncluttered interior make this pretty accessible. The food-cart counter is pretty high, but the staff are happy to wander down and take your order/money. I can't imagine where they hide the bathrooms.
Posted by Michael at 12:50 pm