The second stage of the couscous experiment involved soup. I decided that the ideal candidate recipe already in our repertoire was savoury harira soup - there's lots of spicy liquid for the couscous to soak up, and the recipe is already dotted with onion, celery and lentils to trigger the teeth into action. I reckoned on 1/2 cup of couscous to 2 cups of soup, though this brought us slightly soupy grains rather than the slightly grainy soup I was aiming for. With the different soup styles being eaten over a few days, this isn't the fairest or best controlled experiment. Nevertheless, the results were interesting and not entirely what I expected. 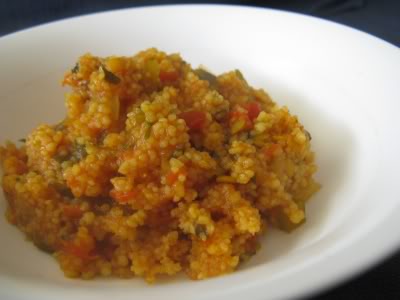 Product #1, the standard supermarket couscous, took very little time to cook through. Not soaking up all the liquid, this version was Michael's favourite of the set. 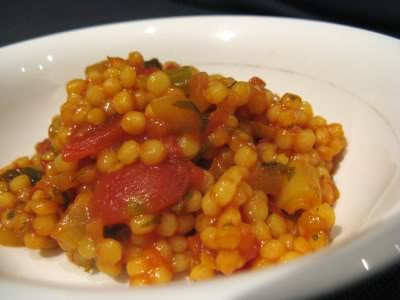 Product #2, the pearl couscous, also had a lovely moistness to it. I liked it most fresh from the pot but I found that the leftovers the next day had lost their bite and were almost mushy. 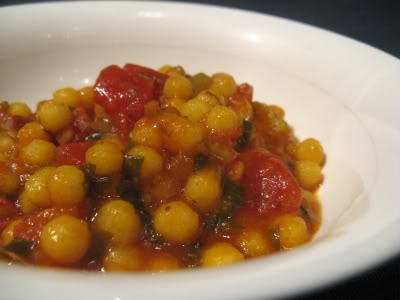 Product #3. After more than 20 minutes simmering in soup the moghrabieh was still too much to chew. However its texture was toned down as a leftover lunch, and by then it was my favourite of the bunch. 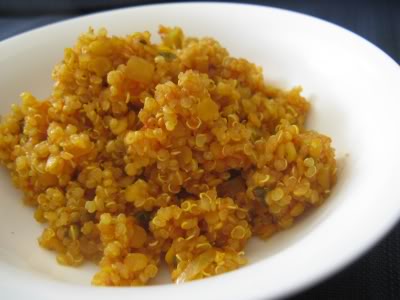 Product #4. The couscous-alternative quinoa soaked up a lot of the liquid and was ultimately a bit dry. Clearly it needs to be used in small doses when soup is on the menu.
Although these dishes were less liquidy than I intended, a flavour-packed base recipe guaranteed some tasty meals. Texture-wise there's no clear winner - Michael preferred the standard version, while I'd use pearl for a short simmer and moghrabieh for the long haul. And I can't help thinking that the quinoa didn't quite get a fair go from my failed design.
I think we've got at least one more couscous recipe in us. Stay tuned for the final phase and wrap-up.
____________

You can read the first instalment of the couscous experiment here.
Posted by Cindy at 1:26 pm