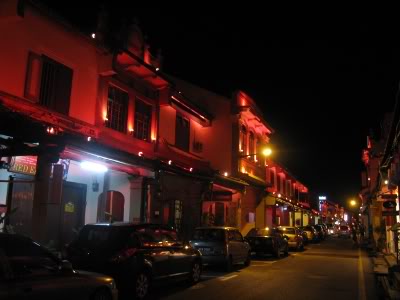 After a brilliant 11 days in Japan, it was time for us to bid Matt adieu and journey out to Narita for our flight to Malaysia. We'd decided that we really wanted to go to the Jonkers Walk night market in Melaka during our time in Malaysia, which basically meant jumping in a long distance cab at KL airport and heading down south to the historic capital. We were staying right in the midst of Chinatown, just one block away from the famous night market, and by the time our cabbie had found his way through the traffic, the market was in full swing. 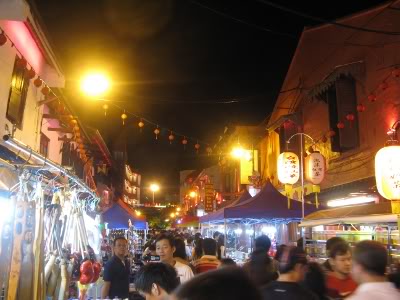 The airline food had been a mixed bag (note to self: from now on always order the 'Asian vegetarian' meal), so we were both ready to find some food. The market is chock full of little food stalls, but we were pretty overwhelmed on our initial wanders - lots of street-meats cooking away and masses of people everywhere we turned. My eye was caught by the words 'oyster mushrom' on this stall: 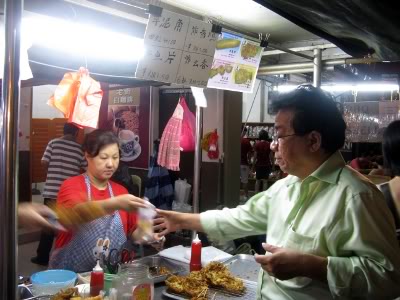 ...and a quick perusal of the 4 menu items reassured us that we'd found one of the vego-specific stalls. We opted for a couple of spring rolls and a couple of vegie cakes (grand total RM7; ~$2), which were served chopped up, thrown in a plastic bag and drizzled with chilli sauce, to be eaten with a couple of wooden skewers. 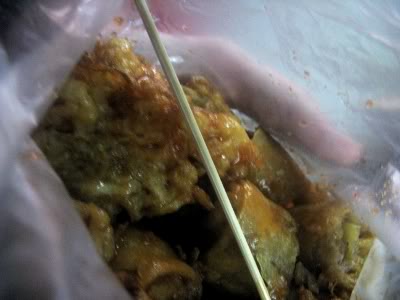 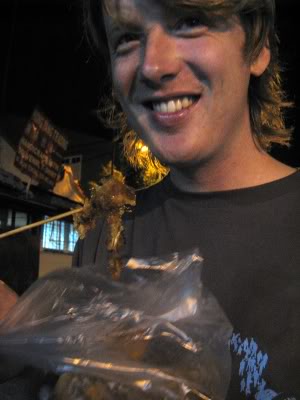 The rest of the market was pretty hit and miss - lots of cheap nonsense, but also a load of cool looking food stalls: fruit skewers, weird drinks, durian lollies and dozens of little hot-plate based places. Our next stop was one of the two guys cooking up turnip cakes (which we'd been introduced to via Toby's vegan version). 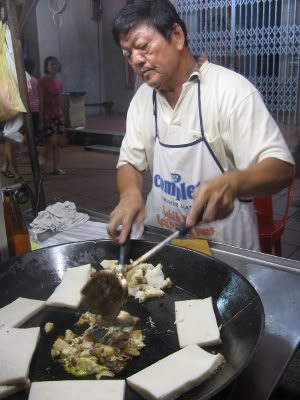 Our two cakes (RM2.00, $0.85 each) were prepared fresh - he was churning them out. This was the one stall on the strip that explicitly promised 'pork free' food.  Toothpicks were the serving implement of choice this time, and this was another fried sensation. I guess when you make the same dish repeatedly thousands and thousands of times, you get pretty good at it. 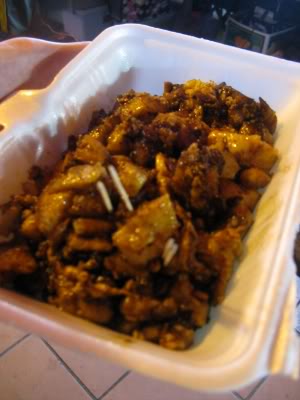 The heat and the cooking smells and the people were starting to wear us down by this stage - it was quite a change from the snow we'd seen in Kyoto a few days back - so we hunted down something to drink. 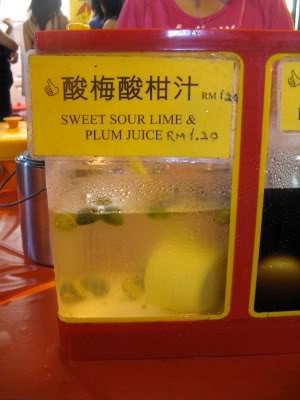 At RM1.20 (~ 40 cents), the sweet sour lime and plum juice was just the ticket - tart and refreshing. By the time we'd finished our drinks, it was bed time (we'd been up very early for our flights), so we headed back to our hotel - like us, the edible-nest swiftlets that lived in the foyer had decided to hit the sack. 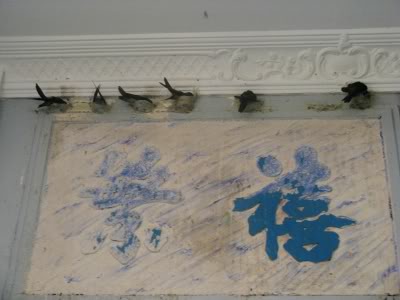