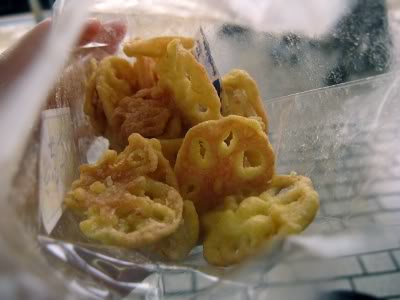 On Thursday morning we hopped back on the Shinkansen and travelled onward to Hiroshima. This was of course an occasion necessitating more snacks and we had stocked up well on our visit to the Nishiki Market the previous day. We started with these lotus root chips and they were the tastiest incarnation of this vegetable yet - fried and crispy like the ones at the izakaya, though lighter and puffier with a wasabi twang. 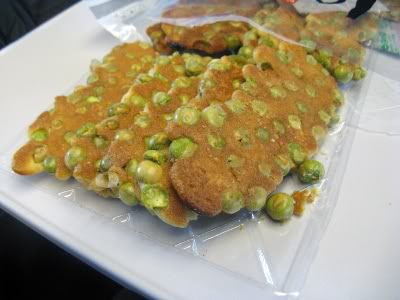 These pea crackers, however, didn't quite meet expectations. They were crispy and the batter had a pleasant hint of sweetness and butter but there was no trace of the wasabi we were expecting. Consequently they were a bit bland.

The jelly lollies, so pretty and sparkly, were also underwhelming when they hit our mouths. Sweet, sweet, sweet, without any variation in flavour amongst the different shapes and colours. Just some citric acid would have done wonders here.

By the time we'd located our hostel and geared up for some sight-seeing, we were hungry for a more substantial meal. Michael puzzled out the tram system with remarkable ease and got us to the city centre, where we eventually located Okonomi-mura. This building houses a couple of dozen stalls, all of them specialising in okonomiyaki. (I was particularly keen to sample okonomiyaki in Hiroshima after reading on Off The Spork some months ago that this city prepares it in a very distinctive style.) But we had been too efficient for our own good - it was not yet noon and the stalls' grills were still stone cold. Sigh. (As an aside, we elected not to eat at Okonomi-mura when we had an opportunity later. English signage was limited and we weren't confident about communicating that we didn't want any seafood.)

Then we spied something pink across the near-deserted street. It was a crepe van.

Kat had urged us to try the Harajuku-style crepes and this was our big (almost last!) chance. There wasn't much English here, either, but of course there were myriad diagrams and plastic models of their wares for us to select from. I picked something with banana and chocolate sauce, Michael wanted strawberries and chocolate sauce, and everything we recognised seemed to include cream. Oh, that 'cream'. I may have nightmares about this stuff for years to come.  While I've never been a fan of the sweetened aerosol cream, it at least deflates to nothing after 10 minutes of inattention.  This stuff didn't appear to require refrigeration and, worse, was solid. 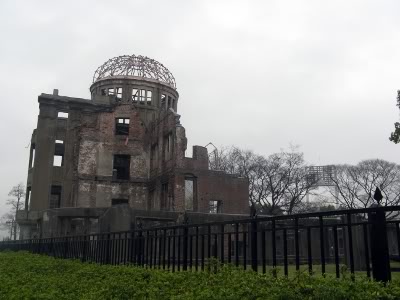 From here we persevered through the grim weather to contemplate greater tragedies than mock cream.  The Hiroshima Peace Memorial is a striking artefact of the 1945 atomic bombing of Hiroshima.  Built as an exhibition hall, it was located almost directly underneath the bomb's point of detonation.  Everything within a 2km radius of it was flattened. 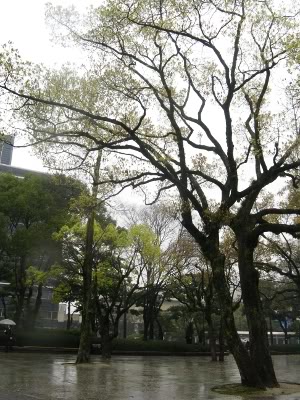 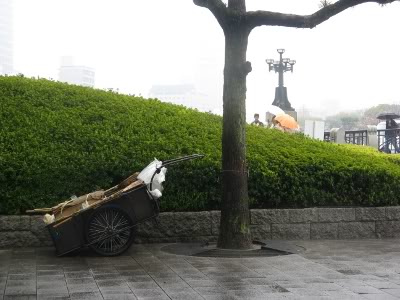 We explored the Peace Memorial Park a little, lingering over the plaques and monuments, before entering the Museum. 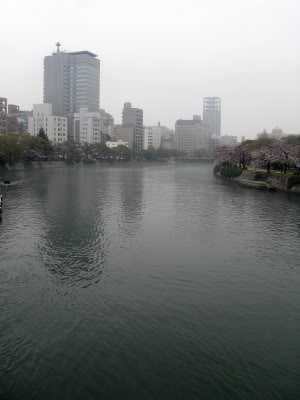 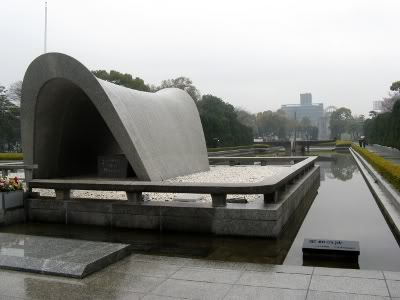 Entry to the museum costs just 50円 (~AU$0.59) and audio tours are available in multiple languages for a little extra.  Though non-flash photography is permitted in the museum, it didn't occur to me to take out my camera even once.  The exhibits were utterly absorbing - tracing the historic context of the bombing, explaining the science of an atomic bomb detonation, graphically documenting the devastation it caused in the following hours, weeks and years to individuals, families and an entire society.  These decades-old static displays and simple sound recordings are still powerful, and worth going out of your way to visit. 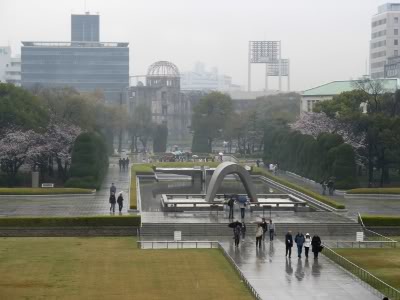 name="roopali" We returned to our hostel room for a couple of hours' rest then walked back past the train station to Roopali, a local Indian restaurant, for dinner. 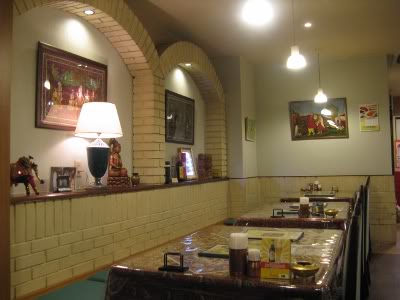 It was very much like any number of cosy Indian family restaurants here in Australia, even having an entire English menu.

I ordered a palak paneer (880円 ~$10.40) and Badami naan (featuring almond slices and coconut powder, 380円 ~ $4.50), while Michael splurged on a vegetarian thali (2100円 ~ $24.90).  The curries were tasty, though no different to what we've eaten at numerous other Indian restaurants.  The naans, however, were more memorable.  I've only eaten tandoor bread this fresh and fabulous on one or two occasions before, and never with a golden sprinkling of almonds.
Despite our insubstantial morning, we finished the day with much for our stomachs and minds to digest.
Posted by Cindy at 9:51 am