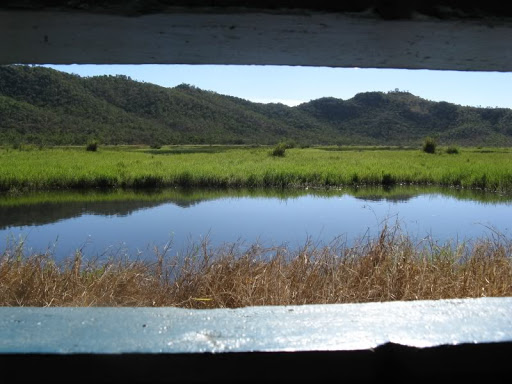 Our friends Mike and Jo grew up around Townsville, and recently we had the pleasure of following them to north Queensland for ten days of an entirely different kind of winter. You probably won't be shocked to hear that Townsville's restaurants don't offer much to rival Melbourne's dining scene, particularly for the vegetarian eater. Nevertheless, we shared a few memorable meals between walking, swimming and marvelling at the sunshine.

We first got a sense of the local cuisine via the town's op-shops... 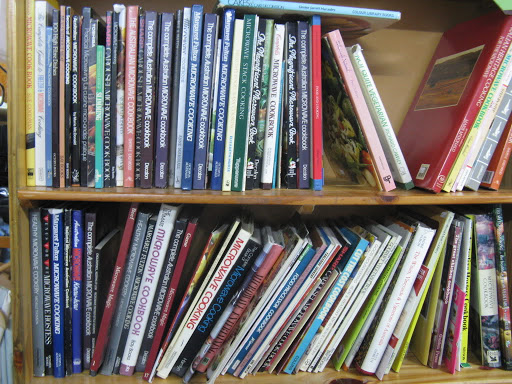 Click on that photo to see just how many people have tossed out their microwave cookery books! You heard it here first, folks - microwaves are OUT. If you looked closely at the photo above, you might have noticed another curious title... 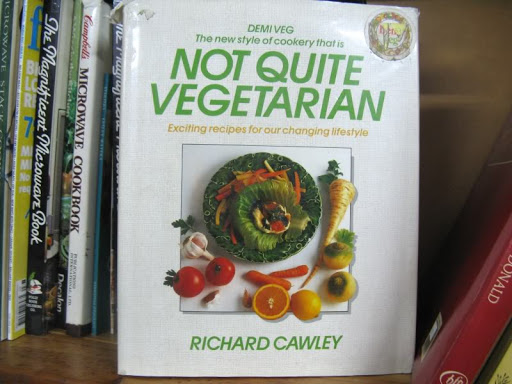 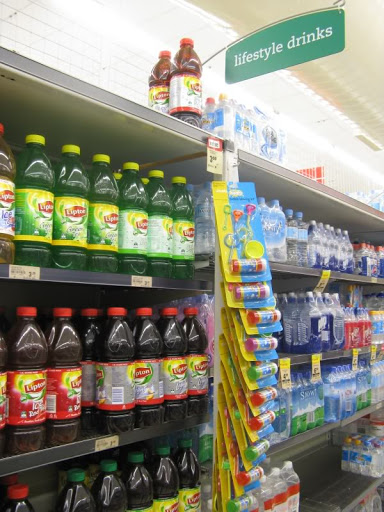 We next moved on to the supermarkets. Here we learned that iced tea is a 'lifestyle drink'. We indulged in a few of these (and more than a few falafel wraps) as we toured Townsville's food courts. Mike, meanwhile, exhibited an unusually high tolerance for milk by slamming milkshakes and iced coffees at every opportunity. 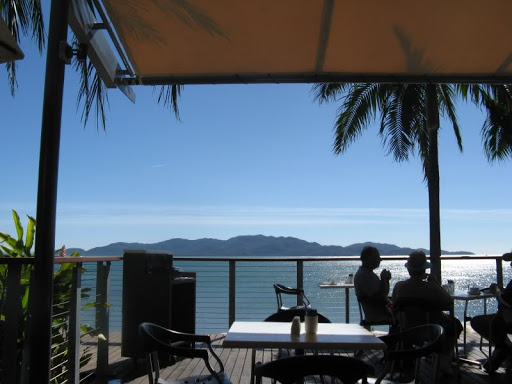 Between beverages, Mike also took us to a few nice cafes. Cbar, for example, had pretty views and a nice breakfast menu. 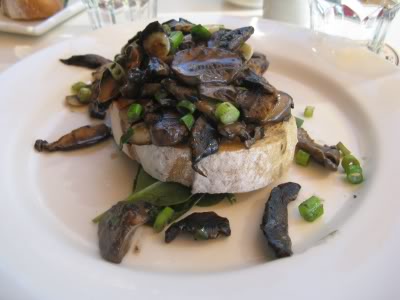 The standout dish, though, was the one of their specials - mushrooms and garlic fried in butter, served with sourdough toast, baby spinach leaves and green onions. 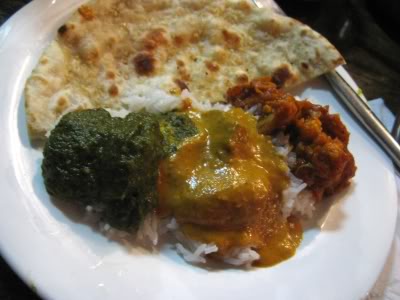 Masala Indian restaurant is expensive, with even the vegetarian curries costing $18 each, but it was worth it. This palak paneer was one of the tastiest I've eaten anywhere. 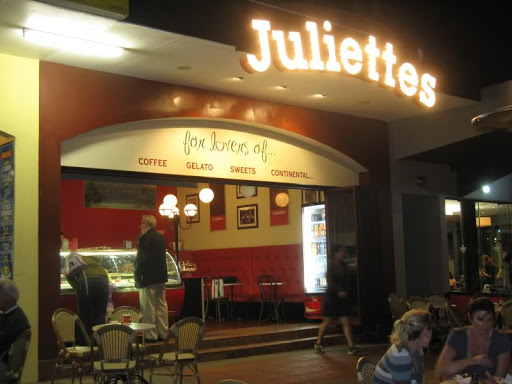 Julliette's is popular by both day and night. There's coffee and milkshakes, and no end of croissants and other baked treats in their display cabinet. Most popular of all, though, there's... 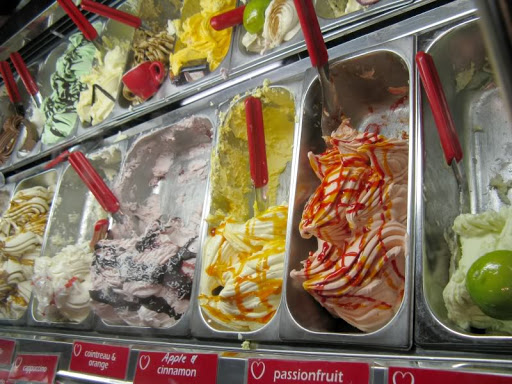 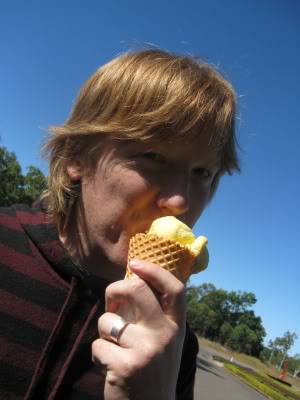 For more iced magic we also stopped by the Frosty Mango, located 70km north of Townsville, after a walk and a swim at Paluma. Jo advised us that their mango icecream is the only thing worth buying, though they also offer plenty more icecream, snacks and interesting tropical fruit. 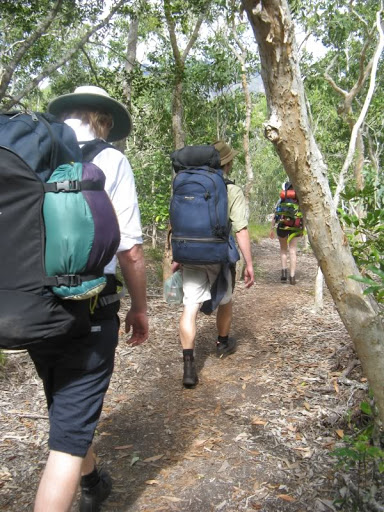 The main event of our holiday was a wander alond the northern end of the Thorsborne Trail on Hinchinbrook Island. I'm not really one for hiking and camping, birdwatching and going without showers, but it was probably worth it for this... 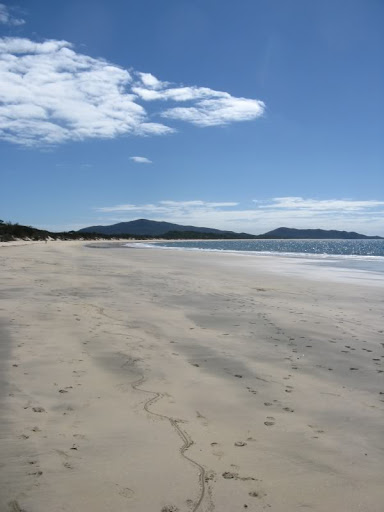 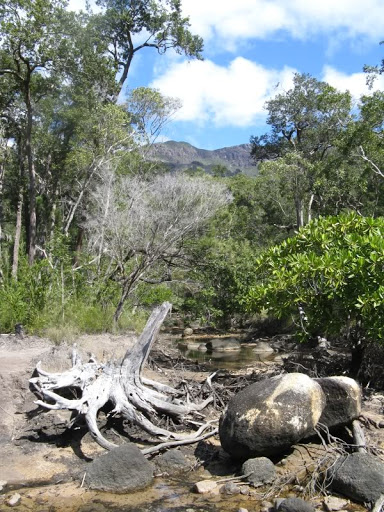 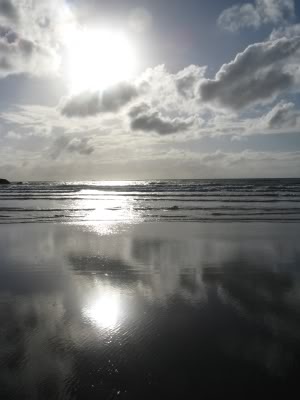 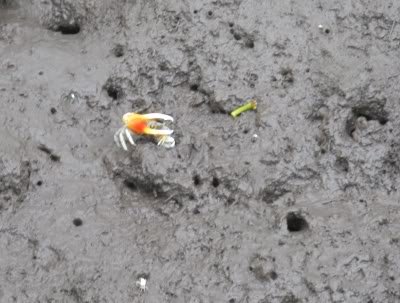 ... though I was a little crabby myself by the time we got to this... 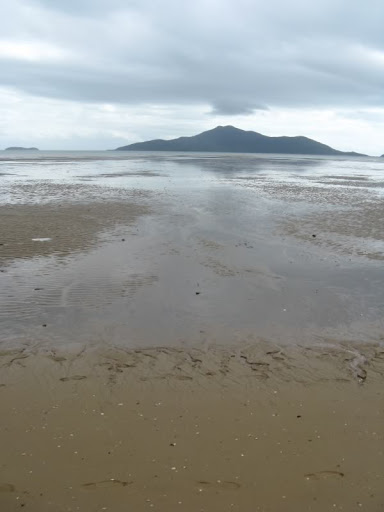 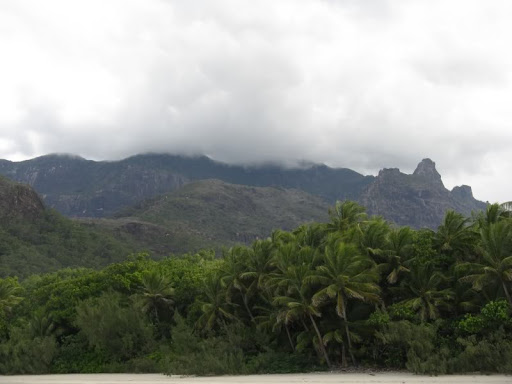 We camped here, amongst the trees... 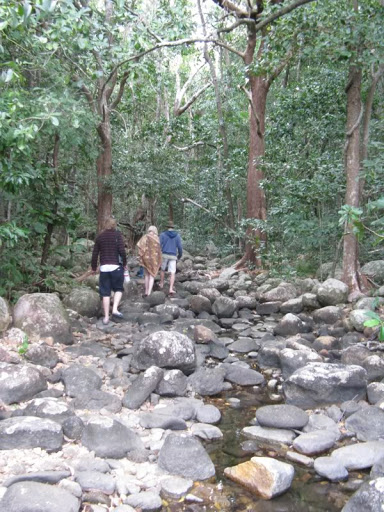 ... and collected water from a nearby creek. 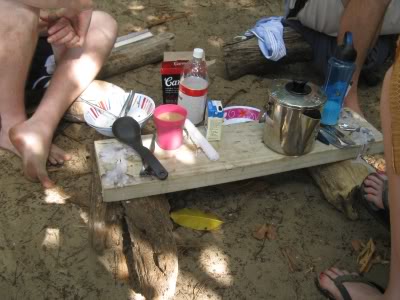 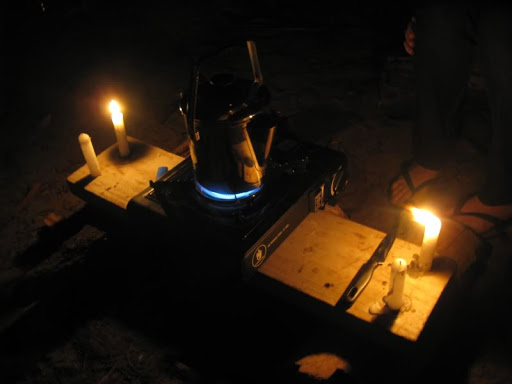 For the rest of the day there was lentil soup or sludgy beans slopped into tortillas, packet-mix pasta, 2-minute noodles, and endless trail mix. 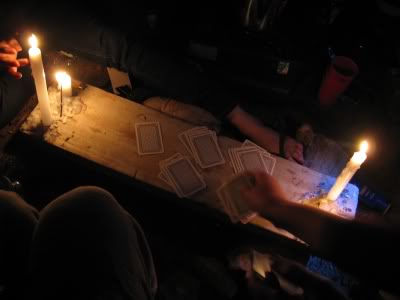 After dinner we played cards... 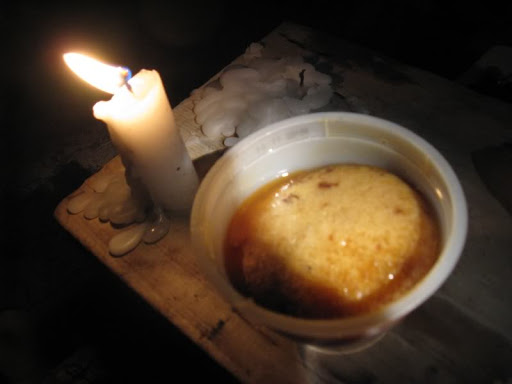 ... and treated ourselves to steamed processed puddings by candlelight. They were horrid. But you know what? Everything else tasted terrific. Somehow, almost anything bursts with flavour and nourishment when you're sweaty, achy, itching with bug bites and camping. 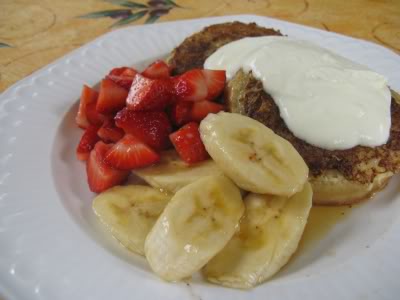 Eventually we made it back to the relative civilisation of Townsville and appreciated the availability of frypans and ovens all the more. Mike created an inspired breakfast of crumpets cooked in the style of French toast - incredible! I revived some comatose strawberries with a little icing sugar and dressed a banana in maple syrup to accompany them. We slathered the lot with some lovely yoghurt from the local Mungalli Creek Dairy.

When Mike invited a couple of old friends over for dinner, he and I teamed up to produce non-sausage rolls and Stephanie Alexander's potato gratin, while Jo showed us how Brussels sprouts are done (hint: with a lot of butter!). We followed it up with mandarin maple pudding and cream whipped with vanilla and more maple syrup. Probably the greatest meal of the holiday was served on our last night, when Mike's uncle turned out an Indian feast. There was a dizzying array of dishes, with mushrooms and legumes, bread and biryani, condiments and vegetables, including a gorgeous bowl of fried spiced potatoes.

North Queensland's no haute cuisine hotspot; nevertheless our visit will probably sustain us through the winter that Melbourne's dishing out.
Posted by Cindy at 3:34 pm