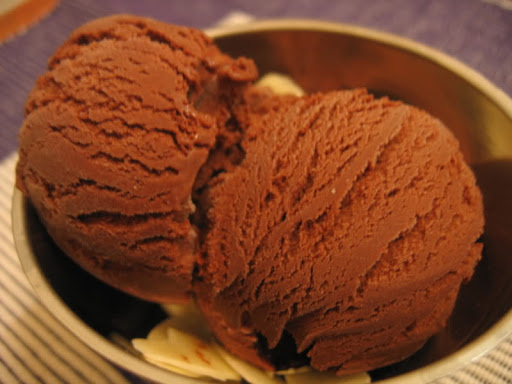 My least essential kitchen appliance is, paradoxically, the first I ever bought. I was still living with my parents when I bought my ice-cream maker, so practical kitchenware wasn't a high priority. It cost me about $60 and it has churned out a lot of sweet creamy fun over the last 6 or 7 years. With my recipe for chocolate ginger biscuits falling off the main page, I thought it was time for another home-made dessert this weekend. Never mind that November in Melbourne is proving to be gloomy and chilly: cool weather makes the churning process easier and surely ice-cream weather is on the horizon...?
The flavour choice was determined by a special on Lindt chocolate at Safeway ($2 per block!). I remembered a super-rich gelato recipe that I'd made a couple of years ago, grabbed some 70% and consulted my flip-book. I printed it from a website a few years ago, and it seems that the recipe is now only accessible by subscribing to Atlantic. My paraphrased version here has less chocolate in it, but with Lindt it still has a strong cocoa flavour and isn't overly sweet. It really is intense enough to stop at one scoop... maybe one and a bit. As such, it's probably better comfort in this grey spring weather than it would be as a refresher in the springtime I'm more accustomed to.
Chocolate Gelato
(based on a recipe at this site) 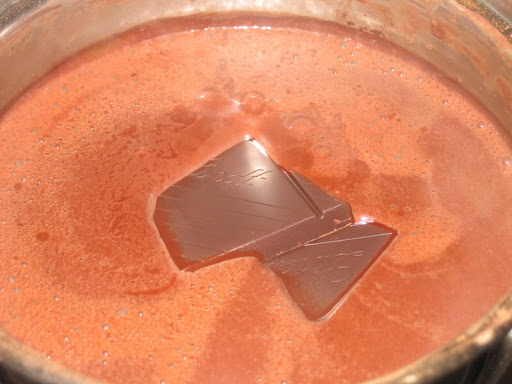 Whisk the cocoa into half of the milk in a medium-sized saucepan. Bring it to the boil, then remove it from the heat. Break up the chocolate and stir it into the cocoa-milk until it has completely melted in. Taste it if you must, but you're unlikely to really enjoy it unless you're a fan of the 85% cocoa stuff. 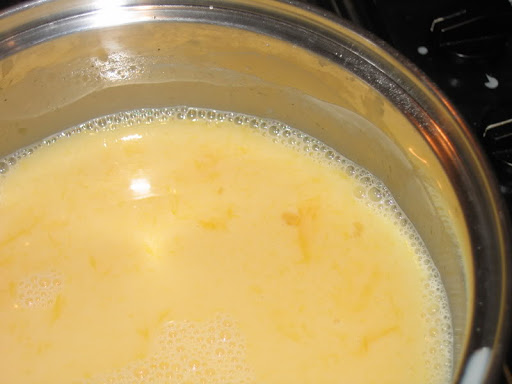 In a second, smaller saucepan, warm the remaining milk and dissolve the sugar in it. Whisk the egg yolks in a bowl and pour in a little of the sugar-milk in as you whisk. Now pour the warm egg into the sugar-milk saucepan. Cook the custard over low to moderate heat, stirring constantly and scraping the bottom of the saucepan, until it thickens. 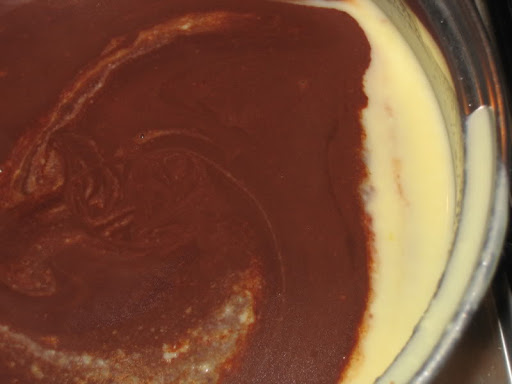 Stir the custard into the chocolate mix, pop a lid on, and refrigerate until it's really cold (ideally overnight). I got a bit lazy and left it two nights. 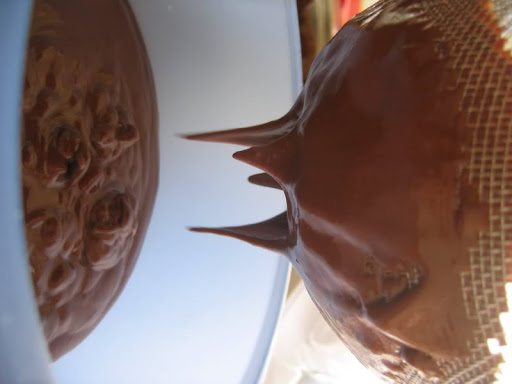 Once the mixture's really cold, strain it into another bowl. There'll probably be a couple of cocoa or egg clumps that interfere with that velvety texture. Put the bowl of mixture in the fridge while you lick out the saucepan. 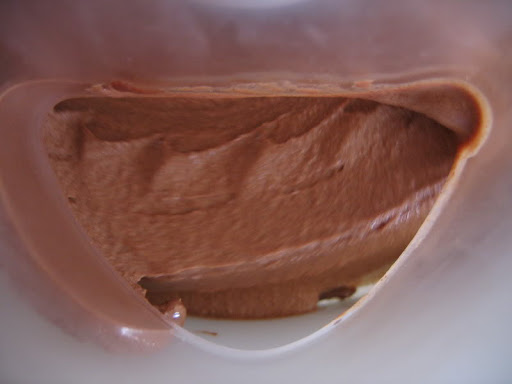 Retrieve the mixture and churn it according to the ice-cream machine's instructions. Mine has a liquid-filled cannister that has to be frozen overnight, and it takes about 40 minutes to whip up a litre of soft-serve-texture stuff. Use this time to lick out the bowl. 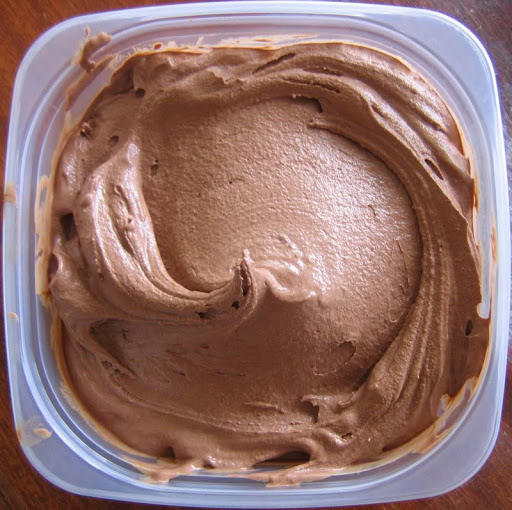 Spoon the soft-serve into a lunchbox and pop it in the freezer for a few hours (don't use a metal spoon). Lick out the cannister.
If you're not already full of gelato mixture, serve single scoops in dainty cups.


Categories
Posted by Cindy at 8:08 pm