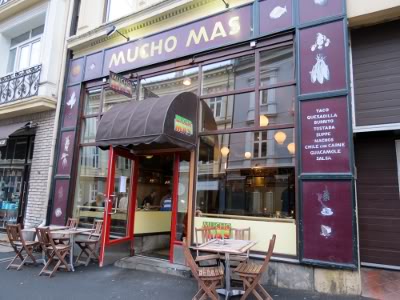 On our first evening in Oslo, we sought out Spisestedet. It's a decades-old vegetarian restaurant within a squat and we were only a little surprised when it didn't look open - why expect a bunch of anarchists to keep capitalist habits like predictable opening hours? Thankfully during our wander we'd noticed Mucho Mas - Michael had their Grünerløkka branch on his list but now this one in Majorstuen looked worth a shot instead.

The restaurant was busy but the staff were happy for us to perch at the bar until a table freed up, chatting as they mixed drinks and recognising our accent. Later another waiter offered to translate the menu for us verbally, but we'd pieced together almost everything we needed from Mexican menus past and the Norwegian we'd been navigating all week. 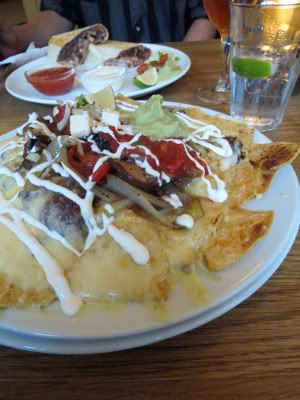 The one mystery word we needed translated was 'aromasopp' - mushrooms! Sautéed, they're an optional extra (35NOK ~ AU$5.50) on the mains. I ordered them atop my nachos (115NOK ~ AU$18.20 without) and though they were tasty, there was more than enough chips, cheese, beans, salsa, pico de gallo, guacamole and sour cream to stuff me silly as it was. Michael's burrito (115NOK ~ AU$18.20) was filled with the same basics and rice besides. Both had a welcome hint of chilli heat.


The Mucho Mas menu harks back to the Mexican food we Aussies expected pre-Mamasita - your choice of chicken, beef or beans served as nachos, quesadillas or a burrito (though their specials menu might have something more novel for omnivores). Servings are big, flavours are dependable, staff are cheerful - it's all satisfying if not stimulating.
____________


The two Mucho Mas branches are also recommended on blogs Mine glutenfrie oppdagelsar (in Norwegian and gluten-free), En svensk tiger i Oslo (in Swedish), food is my religion! (in Norwegian) and Bakgård.
____________


Accessibility: Mucho Mas has a couple of outdoor tables (see pic up top), a single step up to more medium-spaced interior tables and a half-flight of stairs up to another area with medium-spaced tables plus a few stools at the bar. We received full table service in excellent English. We didn't visit the toilets.
____________


I walked past Mucho Mas again a couple of days later on my way to Vigeland Sculpture Park - it's very popular with tourists and definitely worth a visit in good weather. 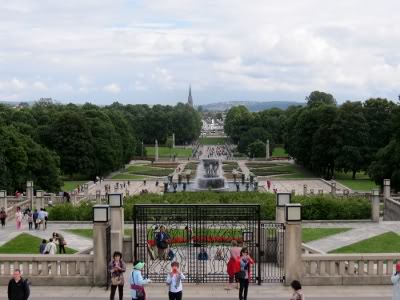 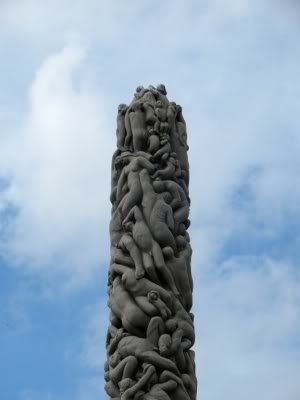 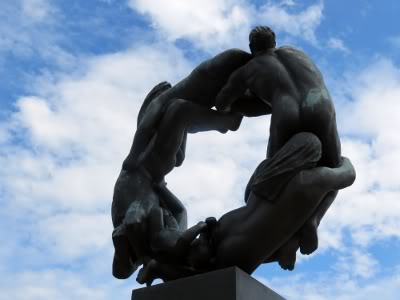