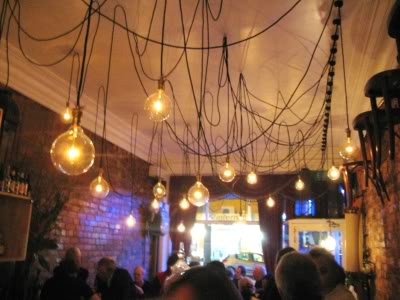 Both the blogosphere and traditional media have been abuzz over Gigibaba since it opened about 6 months ago. Its no-bookings policy means that it's almost impossible to get a table on demand after 7pm on any night of the week (though turn up at 6pm on a weeknight and you've a good chance of scoring your seats straight away). We spent about 40 minutes relaxing at Grumpy's Green across the street after Michael added his name to the wish list.


The menu offers well over a dozen teeny tasting plates and about a third as many main dishes. It's worth noting that the menu seems to change regularly. On this night, none of the mains were vegetarian (save for the choban salata lingering alone at the end of the same menu page), but almost half of the tasters are veg-friendly and I was happy to graze my way through them. These saucers of food are so teeny, in fact, that Michael and I tried every vegetarian dish on the menu except one (the salt cured black olives, since you asked). 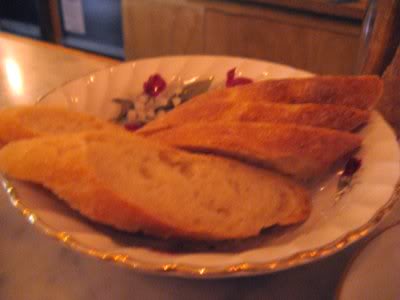 Before we go any further, let me apologise for the photos. This is a hip and in-demand establishment; the lights are low and the majority of customers (including Michael and I) are seated at a bar, facing the jovial but bustling staff. It wasn't a night for flash photography or desktop tripods! Moving on to the subject of this photo - Gigibaba offers great bread. And though they'll present it in smallish servings, there seems to be a bottomless supply of this soft sourdough. 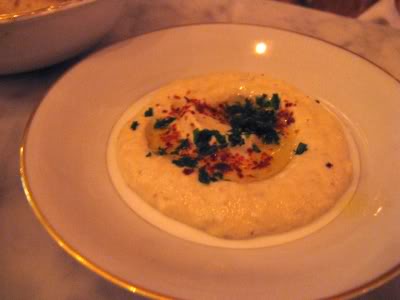 And what better way to enjoy fine bread than with baba ganouj ($6)? It was lick-the-plate fabulous, though baba ganouj often seems to have that effect on me. 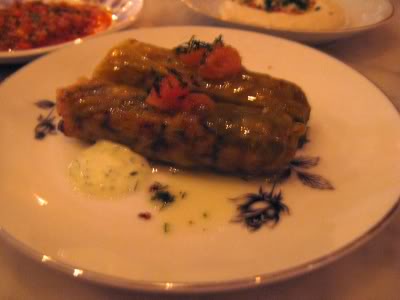 These are cabbage sarma ($8), cabbage rolls stuffed with flavoured rice. They were pleasant, but a little bland to my taste. 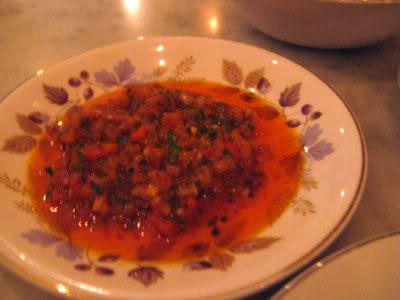 The tomato and capsicum ezme ($8), by comparison, was vibrant in colour and acidic flavour, with lots of oily juice to mop up with our second bowlful of bread. 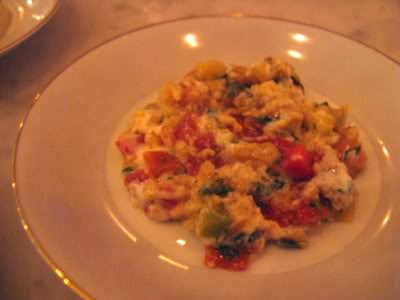 The smoked eggplant salad with basil and roast peppers ($9) seemed almost like a fusion of the smoky baba ganouj and tangy ezme; a great combination but a little repetitive under the circumstances. 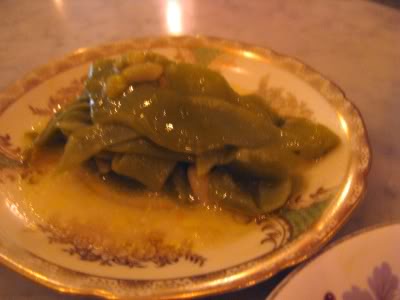 Michael was rather keen for the slow braised runner beans (fasulye, $8), but their mild saltiness didn't quite live up to his expectations. 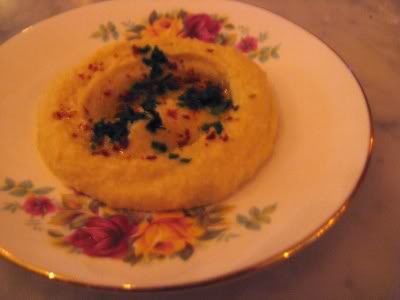 The hummus ($6) was lovely, but suffered by arriving after the knock-out baba ganouj. 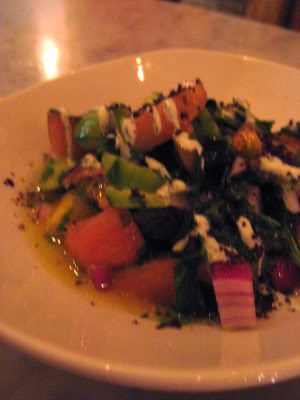 We finished off our savoury succession with the sprightly choban salata ($8), a mix of tomato, cucumber, onion and parsley, dressed in lemon juice and olive oil. 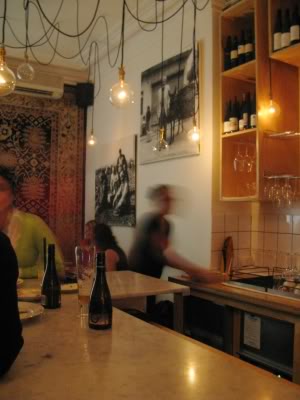 It's not often that I sample seven savoury plates and find room for dessert! Here I like Gigibaba's style - rather than offering a dessert menu, the chef provides a selection of sweets that follow his current whim ($8 per person). 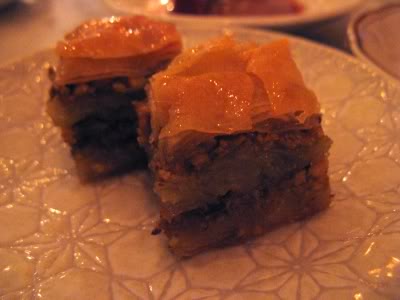 The baklava was stuffed with walnuts and though it was certainly sugary, it wasn't dripping with syrup as they often are. I liked that. 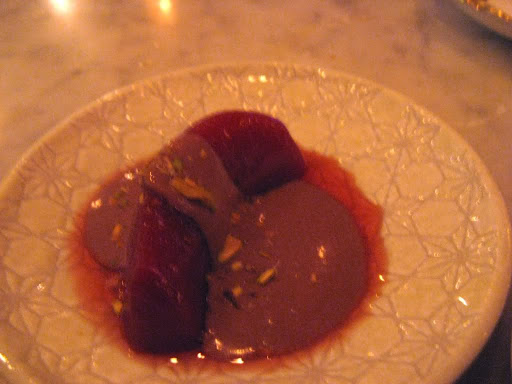 This is a sliver of poached quince, draped with a creamy choc-hazelnut sauce. 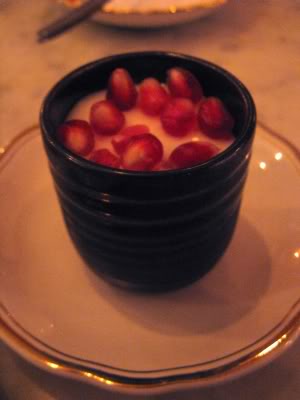 Finally, a pot barely larger than a thimble. It contained a panna cotta-like dish scented with rose water and topped with tangy pomegranate seeds. 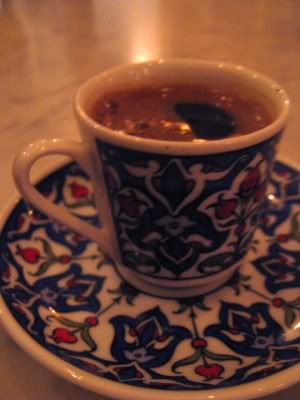 Michael washed his share down with a Turkish coffee, while I opted for the sweeter, less caffeine-laden option of apple tea. 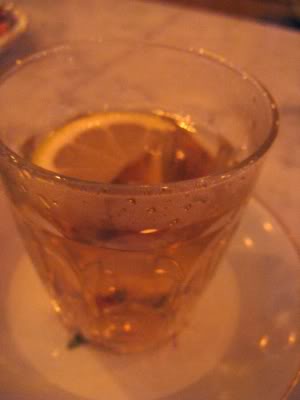 Our Gigibaba experience was a most pleasurable one, but we're in no rush to return for more. It's in ridiculously high demand and while the food is excellent, the tiny portions and less-tiny prices make for an extravagant night out. The aromas wafting from the kitchen hint that there are some amazing spices and marinades that us vegetarians are missing out on; given the $90 bill we racked up, I'd guess that the $55-per-head banquet could offer great value for the omnivores, at least. As for us, we're more likely to be requesting a more accessible table at Cafe Zum Zum, Rumi or Cafe Najla when we're in the mood for a Middle Eastern-style feast.