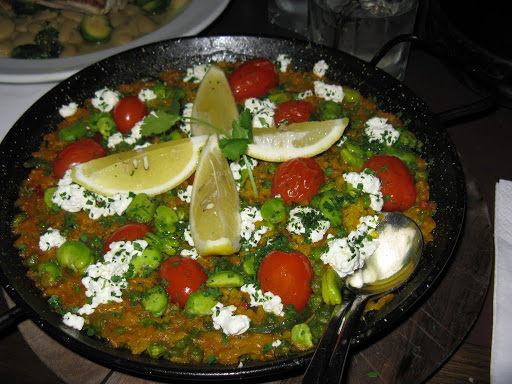 I didn't expect to blog Markov Place again - not because I don't go there, but because I tend to order the same things each time. But on Saturday night, while celebrating Yung's birthday and making the most of Carlton before she moves away, Michael and I branched out. Placing my faith firmly in the restorative power of cocktails, I kicked off the evening with a vodka, pear and cardamom concoction and was duly rewarded with a cool but comfortingly spicy beverage.

Markov is currently offering plates of vegetarian paella to share. Studded with broad beans, baby green beans, grape tomatoes and goats curd, it's a nourishing meal. You need a minimum of two people to order, and you'll be charged $25 per person. Lovely as it was, this seems a little expensive for what's offered: while Michael and I were well fed, three girls further down the table received the same portion to share between them and were charged, yes, $75. 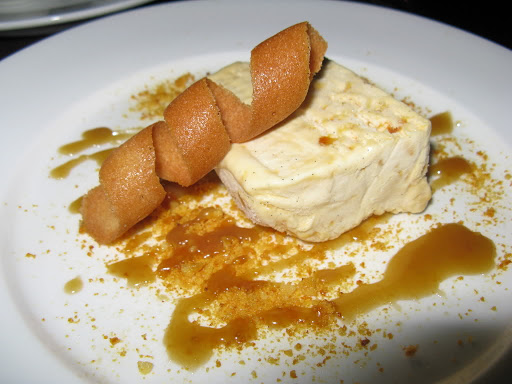 If nothing else that ensured room for dessert, a first for me at Markov! I chose the honeycomb parfait ($11), an incredibly buttery iced dessert with an intense flavour of honey, from both within the parfait and from the adornments. The twirly wafer offered a welcome bit of crunch, though no refuge from the sweetness. 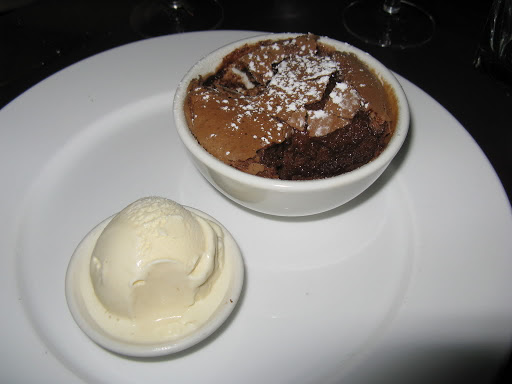 For the other desserters four plates of the chocolate pudding were brought out ($11 each), each one shared amongst at least two people. Though it looked like a fairly standard dessert, these elicited multiple little moans around the table. The molten chocolate pudding had that adult, bittersweet bite and the icecream was also of high quality. Perhaps the modest paella proportions were a blessing in disguise!

(You can read about our previous visits to Markov Place here and here.)
Posted by Cindy at 9:31 pm