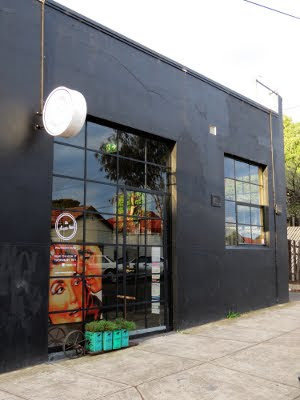 We've been meaning to hit up The Moor's Head since Claire reviewed it about a year ago. Even with our semi-regular visits to Thornbury for Women of Letters, we've never quite got it together for a visit. This week we finally rectified things, dropping by for an early dinner on the way home from a weekend away. Run by one of the same people as Rumi, The Moor's Head is aiming at being a fancy version of Mankoushe. Their tag-line is 'inauthentic pizzas', and manoushe and pide make up the bulk of the menu. We turned up right as they were opening and settled right into our pick of the tables.


The menu is super veg-friendly - almost half of the pizzas are vegetarian, as are most of the starters and all of the salads. Vegans will struggle, although there were a couple of pizzas that looked modifiably vegan. They do gluten-free bases for the coeliacs (at an extra $3). We deliberately over-ordered, safe in the knowledge that we could pack up any leftovers to take home (side-note for those in the area/with a car: everything at The Moor's Head is available to takeaway). 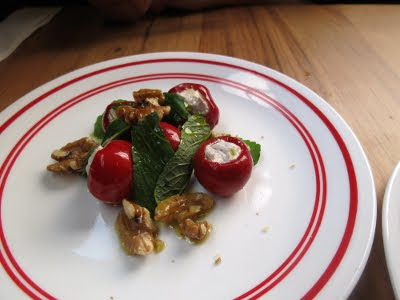 We started with the a serve of the baby peppers, stuffed with feta and served with walnuts and olive oil ($8). There was something vinegary about the peppers, which worked nicely with their sweetness and the salty feta stuffing. The walnuts were a reasonably good accompaniment, although I wouldn't have minded them halved and stuffed inside the peppers with the cheese.


We also ordered a salad to accompany our pizzas - chickpeas, parsley, tahini, yoghurt and almonds ($8.50). 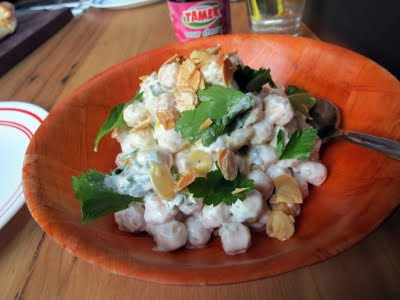 This didn't wow either of us - it was fine, but anything so reminiscent of the famous Moroccan Soup Bar fatteh is going to be a bit of a let-down in comparison. The almonds were good, and the dressing was fine, but a bit of extra salt and maybe having it at room temperature rather than cold would have tipped things more in its favour.


To the main event! After a quick twitter consultation with Claire, we settled on two of the pides - first up the Istanbuli (pumpkin, tahini, dukkah and parsley, $17). 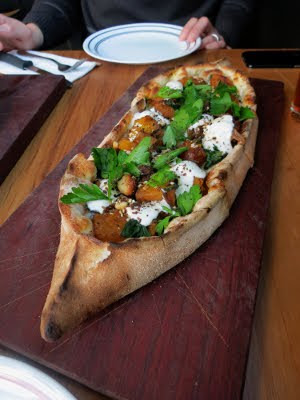 This was great - a good combination of flavours served in tasty and tender dough.


The pièce de résistance was the much vaunted Omar Sharif, a combination of three cheeses with oregano, mint, nigella and soused onion ($17.50). 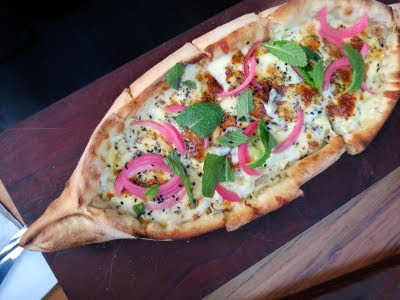 You can almost feel your arteries solidifying as you gobble it down - salty and gooey, with just enough herby flavours to cut through the hefty cheese filling. I think a whole one of these would be too much, but splitting it in half (and saving half of that half for lunch the day after) meant that it was a real highlight. 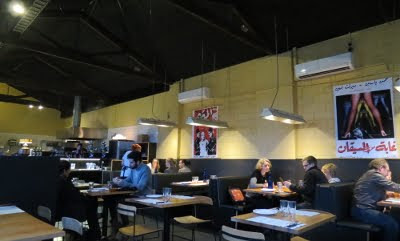 I was very impressed by The Moor's Head - the service was friendly and speedy (helped no doubt by our early arrival) and the food fresh and delicious. I was feeling pretty happy with the prices (~$60 bought us more than we could eat plus two drinks) until Cindy drew the direct comparison with Mankoushe. The pizzas here are definitely a step up in terms of ingredients and variety, but when you think about the haloumi or spiced fetta manoushes available for around a fiver at Mankoushe, it's hard to justify the expense. Still, The Moor's Head shouldn't be punished for Mankoushe's insanely good value - it's still a very satisfactory and affordable meal (especially if compared with the fancy pizza places it's more realistically going up against).


The Moor's Head has received some excellent reviews from melbourne gastronome, Let's Get Fat Together, The New Good Life, jessinabubble, Excess Baggage and Food Sailor, while Double Dutch Oven prefers the value on offer at Mankoushe.

Accessibility: The Moor's Head has done a good job in terms of accessibility - there's a ramp on entry, a reasonably spacious interior and a unisex, disability accessible bathroom. Ordering is at the table, payment at a low counter.
Posted by Michael at 8:55 am