Our luxurious dinner at The Gate ran later than we planned, and the four of us endured a tense tube ride back to Liverpool Street trying to beat the 11pm closing time of the place we'd left our luggage. We made it, with minutes to spare and all piled onto the Colchester train for a weekend at Kirsten and Jason's place. Appropriately, we'd somehow picked the weekend of the Colchester Food and Drink Festival, so we started our weekend wandering the festival in Lower Castle Park. 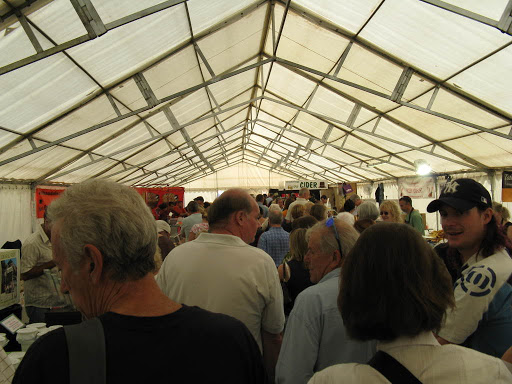 Despite our hosts' skepticism, the festival was pumping - the first couple of tents were filled with dozens of stalls filled with delectable goodies. Not quite The Borough Market, but a pretty impressive effort. 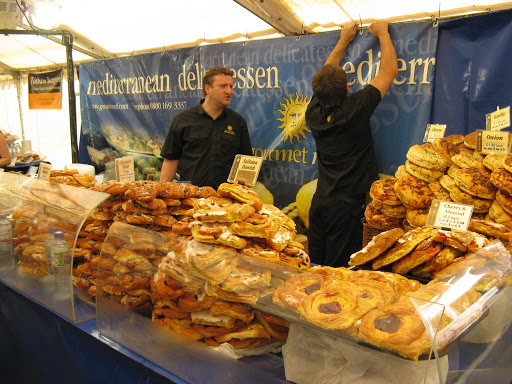 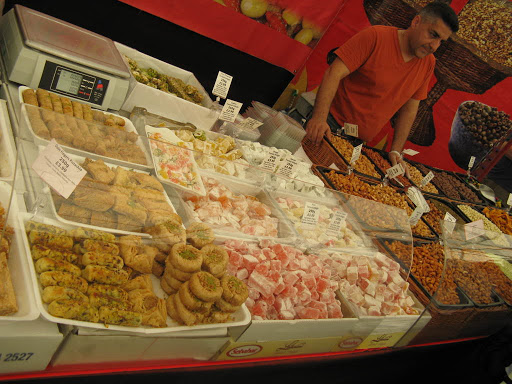 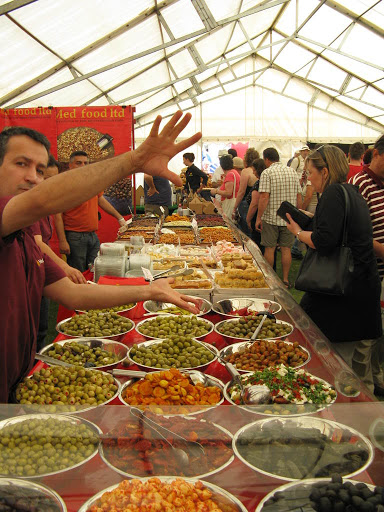 We made it out of the tent and into the open spaces of the park, only to stumble onto the bafflingly irrelevant salsa dancing drum band. I still haven't quite figured out how Brazilian drumming is related to Colchester food, but it was an entertaining distraction regardless. 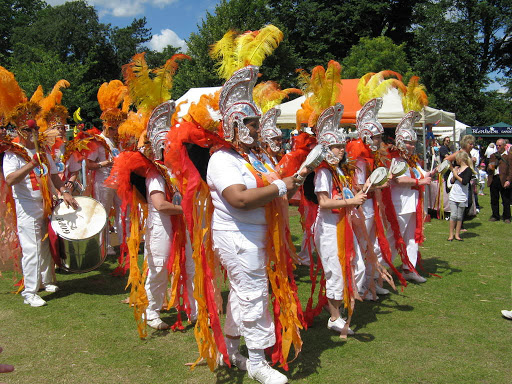 The UK has been very kind to us weather-wise, and this was another gorgeous summer day, with plenty of sun and a temperature somewhere in the low 20s. Perfect weather to sit around outside drinking Pimms. Luckily, someone was on hand to sell us a delightfully summery jug-full. 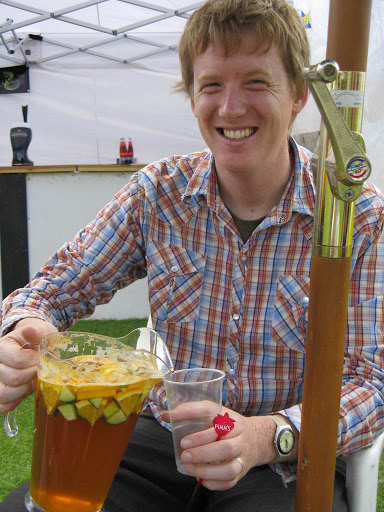 After some mid-morning boozing, it seemed appropriate to chase down something for lunch. Cindy was intrigued by the idea of 'Masala Chips' at the little Indian stall, but there was some sort of delay in preparation. Luckily, the lady running the stall plied us with delicious bhajis while we waited. 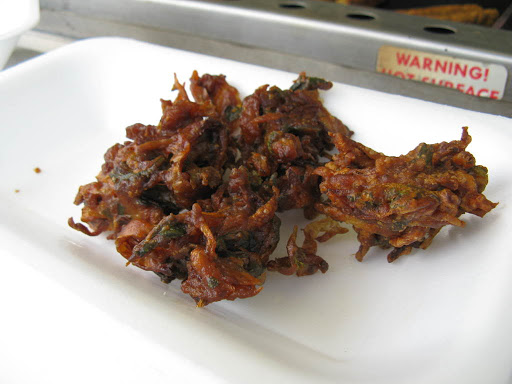 When the chips were ready, they turned out to be nothing more than hot chips with some sort of Indian spice mix shaken through them. Quite tasty, but not as interesting as we'd hoped. Also: for all the British enthusiasm for chips, we've yet to have a really excellent serve of them on our journey. These were a bit undercooked (possibly because we were eating the stall out of bhajis while we waited). 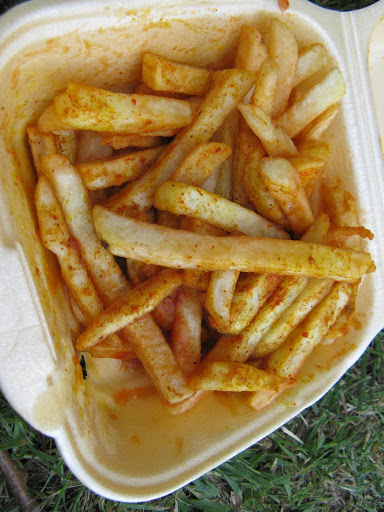 Next up were some goat milk icecreams: honeymoon pie for Cindy (butterscotch pieces in vanilla) and forest fruits for me. They were much more impressive than the chips, and we left the food festival pretty happy with our morning. 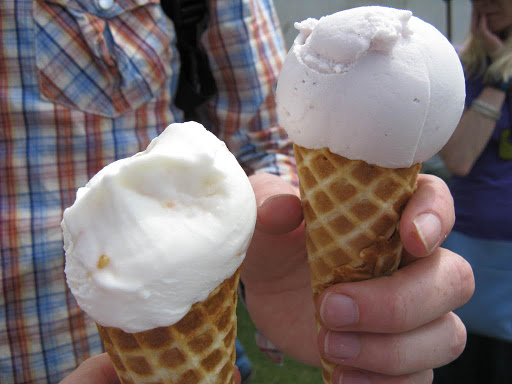 We wandered briefly through Colchester, checking out the Dutch Quarter and getting our first look at Colchester's most famous attraction: the ancient Norman Keep, Britain's largest intact Norman castle, built on the site of the oldest Roman settlement in the UK. 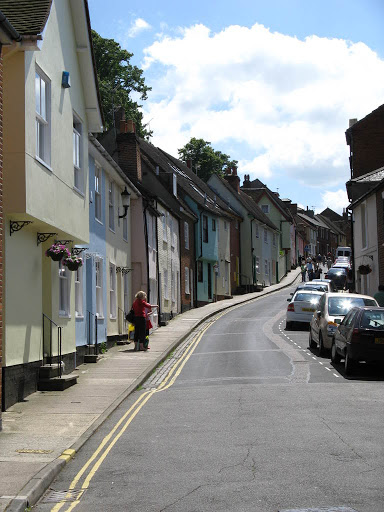 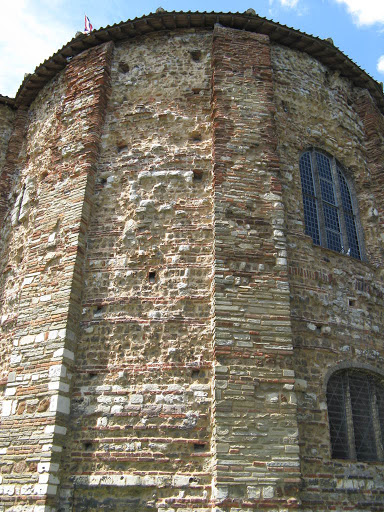 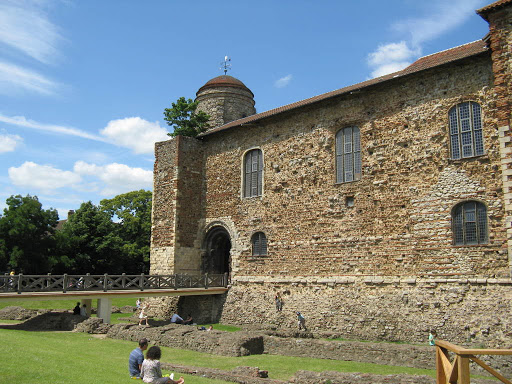 After a brief stop off back at home, Kirsten and Jason had us on a bus to Wivenhoe, on the estuary of the river Coln. It's a cute little town, a few nice old pubs and lots of pretty houses along the river's edge. 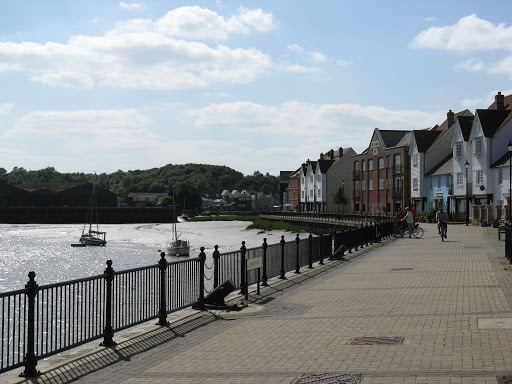 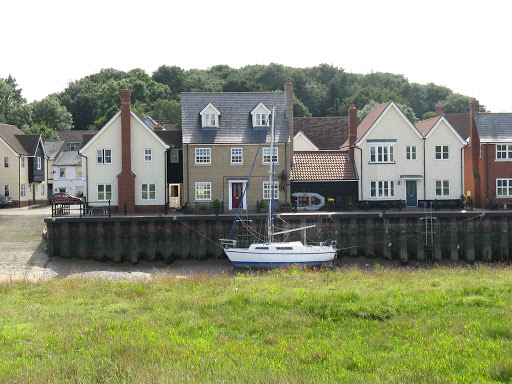 We went for a stroll along the river up until we were level with Rowhedge, an even prettier town across the river - alas the lack of bridges meant we looked wistfully at it for a while and then headed back to Wivenhoe via a quick stroll through a local nature reserve. 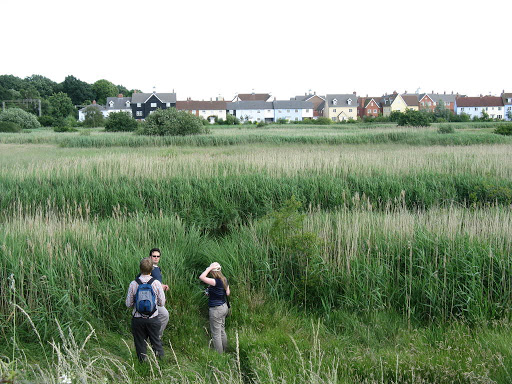 We settled in at a pub with heaps of outdoor tables overlooking the water and sat back for a quiet drink. This seemed as good a time as any to pull out our bounty from the food festival: more olives for me, and a coffee-flavoured brownie for Cindy. 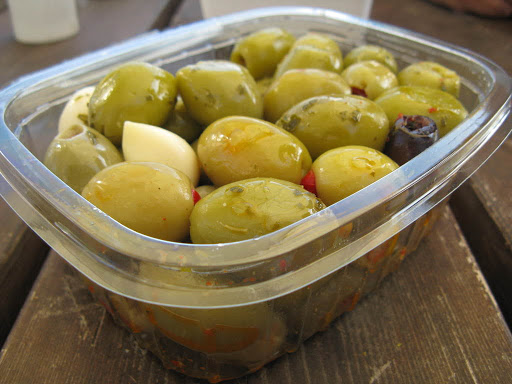 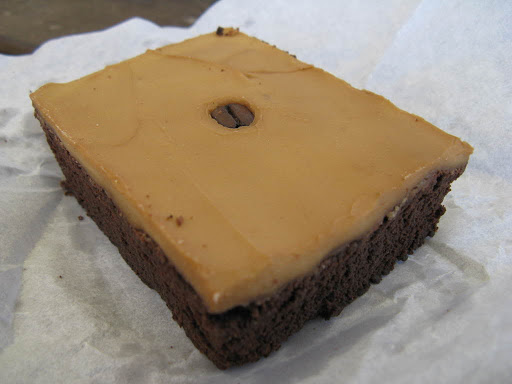 Eventually we dragged ourselves off to the bus stop and headed back to Colchester, in search of adventure. First stop: a mute swan's nest that Jason has been observing waiting for the first sign of cygnets - still no luck when we wandered by. 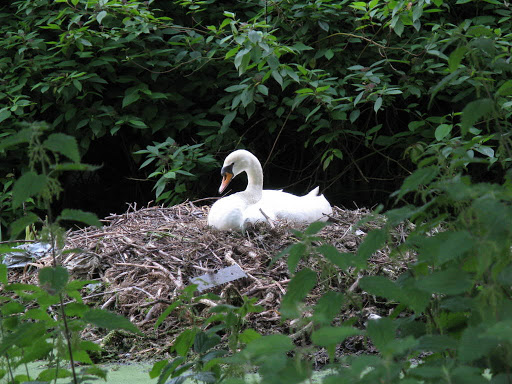 Finally, we headed off to the home of disco-lights and pounding music: the Colchester Megapin Bowling! The main aim of the trip was air-hockey - after some trouble with a dodgy table, we settled in to a great round-robin contest, leaving only one undefeated competitor. Just look at that technique! 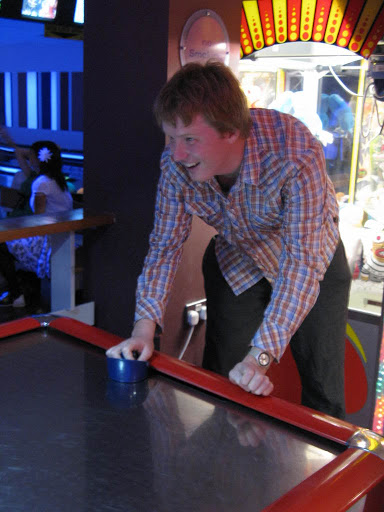 Rather than venture out into the terrifying late night streets of Colchester (apparently more than half the nightclubs have stripper poles, and the locals aren't afraid to use them), we took our tired air-hockey arms back to Kirsten and Jason's house and fell into a well-deserved sleep.
Posted by Michael at 6:06 am