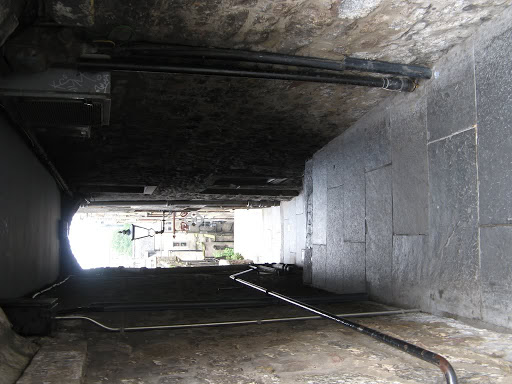 Our first adventure on Friday morning was an hour-long tour of the Real Mary King's Close. In the 17th century, many Edinburgh residents lived in densely packed homes running steeply downhill from the Royal Mile to the Nor Loch. As the City Chambers were planned and constructed these homes were repossessed. (I think most of this happened by the 1750s, though the last residents were not removed until the very early 1900s.) Rather than comprehensively demolishing them, the homes were simply cut level and built on top of!
Mary King, a seamstress, was the most senior member of her close (street) and thus, it was named after her. What remains of her close underground was the location of the tour, a series of dark, dank rooms. The costumed guide and thematic mannequins were a little cheesy, but also a most effective way of presenting the lives of those at the Close and others like it. The tour does not permit photography so you'll just have to see it for yourself!
Once we emerged into the light and luxury of our holiday, we headed uphill along the Royal Mile to the Edinburgh Castle. 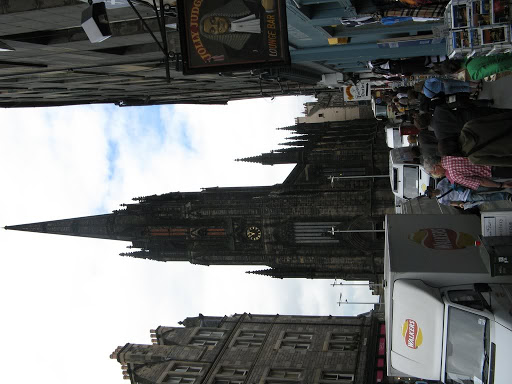 Here the density of tourists and tacky souvenir shops increases markedly. We elected not to pay the exorbitant entry fee and instead just wandered round the front, enjoying the views from another elevated position. 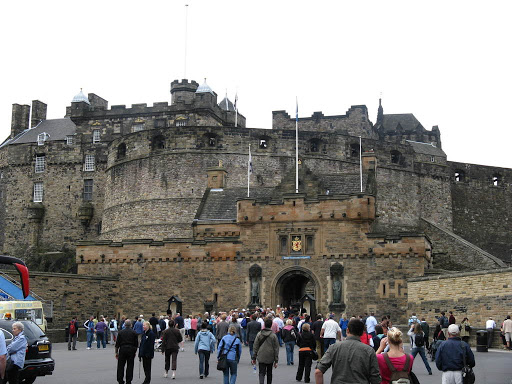 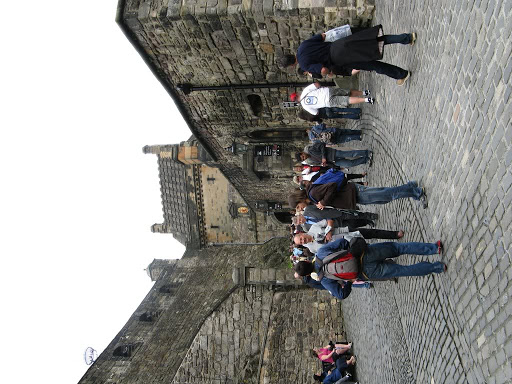 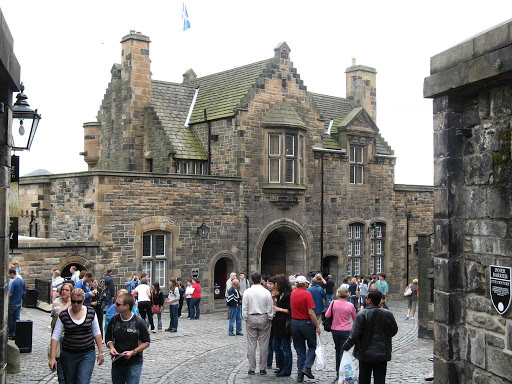 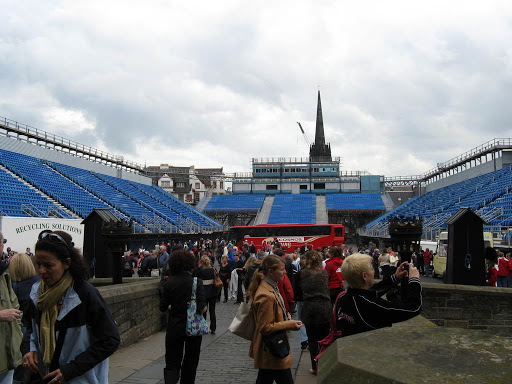 We wandered back downhill, past St Giles Cathedral and through the Princes Street Gardens, which now included what remains of the Nor Loch. 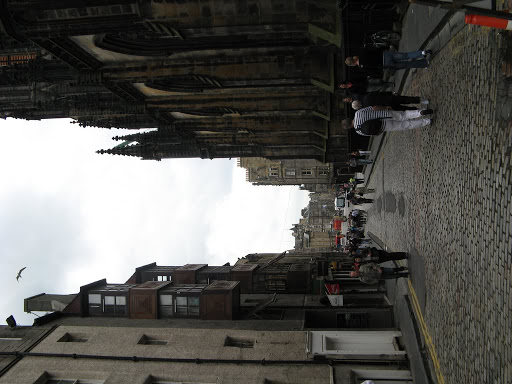 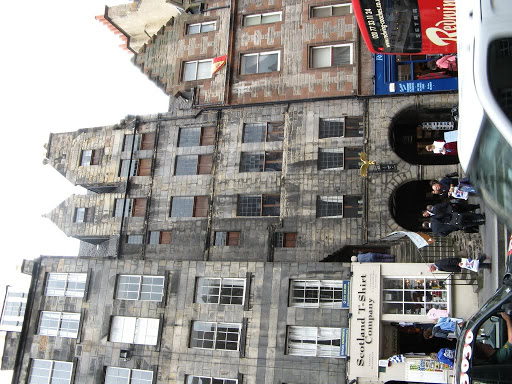 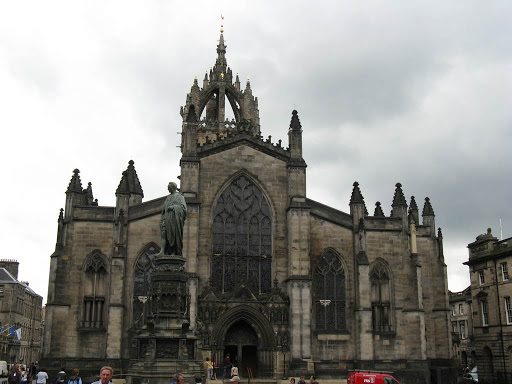 From here we had another nice perspective of the castle. 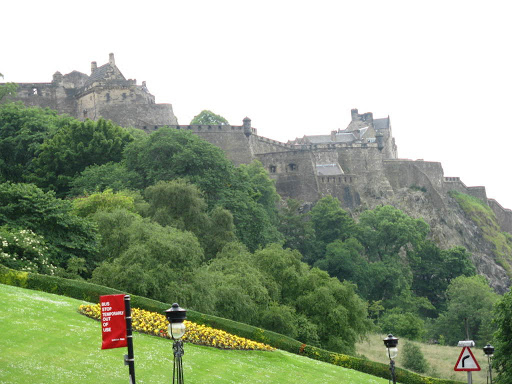 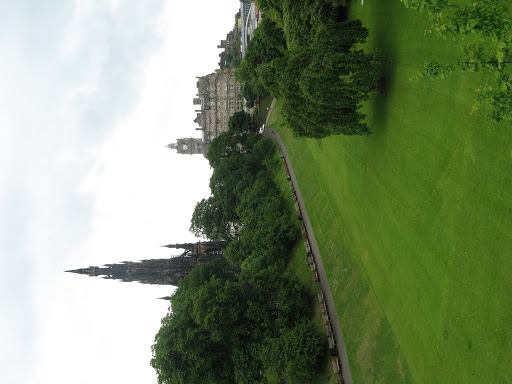 This is the Walter Scott monument. 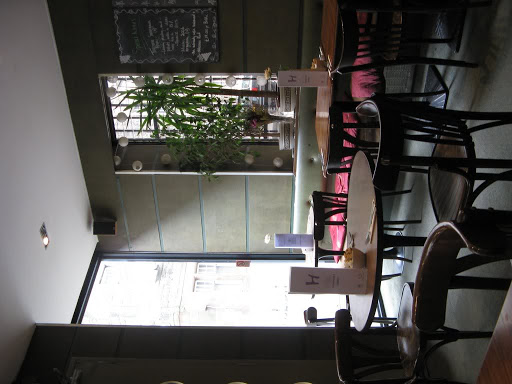 We ate lunch at Henderson's, a recommendation of sorts from Johanna. By that I mean that she had visited the cafe (which offers a buffet meal) but not the adjoining bistro, where we ate. 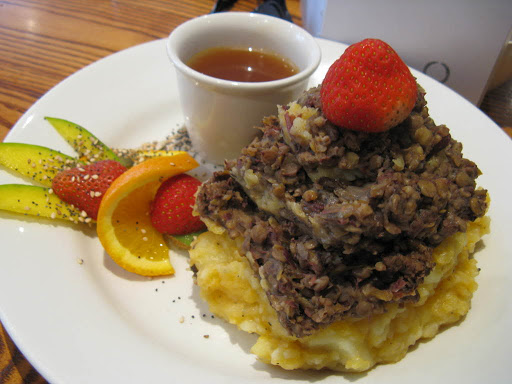 With vegetarian haggis and clapshot on the menu, I felt a duty to order it. It was very much a heavy, comfort-food style of dish, with the haggis reminding me most of a vege-mince made of beans. The hearty, half-mashed potatoes certainly contributed to the effect. Though I liked the taste of the red onion gravy, its watery consistency was difficult to negotiate - it spilled easily and I didn't want to taint the pretty fruit garnish with it! 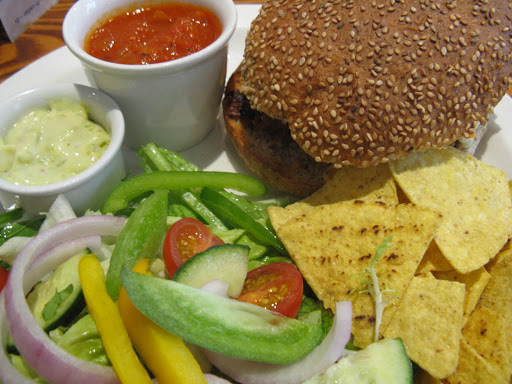 Michael picked out the spicy bean burger. While the guacamole was a bit insipid, the burger was a real knockout. I was liking my haggis rather well, right up until the moment I tasted the burger. Then I was jealous. 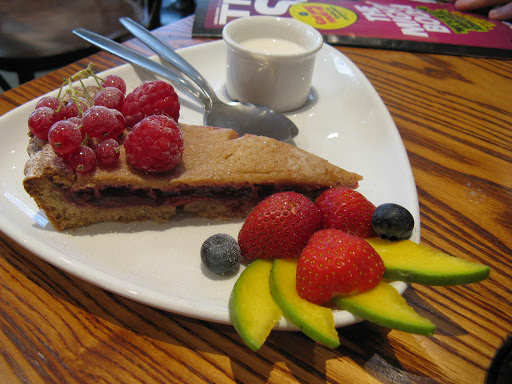 When I saw a vegan cherry pie on the dessert menu, my mind tripped back to the vegan blackberry pie I eschewed just one night earlier, and I bullied Michael into sharing it with me. Though it was plated up beautifully, I was ultimately disappointed: the wholemeal pastry case was far too thick and gummy, while the cherries had been prepared as a smooth jelly - no fruity chunks. What a shame! 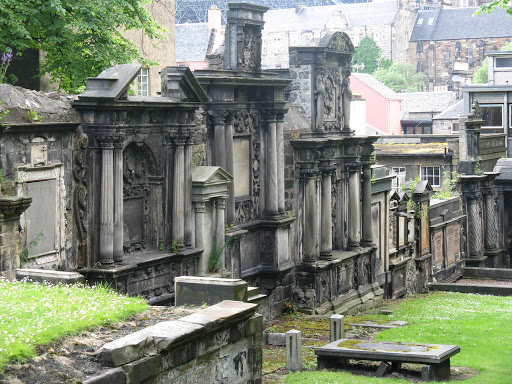 We took a break in the afternoon, before crossing the Royal Mile again to the Grassmarket (all but the pubs were shut by this time - no vintage clothes-shopping for me) and on to Greyfriars Kirk. We didn't venture into the church (which dates back to 1620!), but strolled through the atmospheric grounds. Unfortunately my photos don't quite communicate the deep colours and other-worldliness of the site. 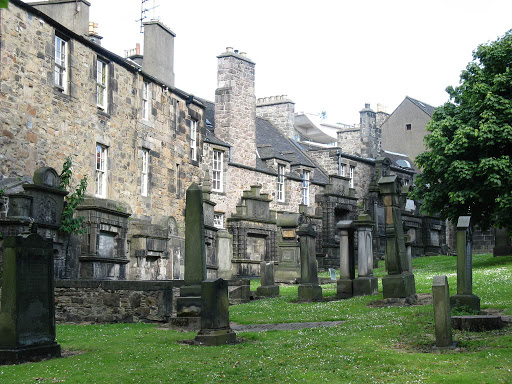 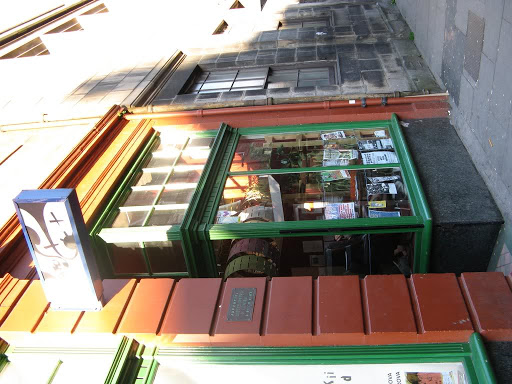 For dinner we tried the Forest Cafe, another recommendation from Johanna. Though there is some food for sale, the Forest feels more like a community space than a business. Large rooms are dedicated to art installations, or people lounging on third-hand furniture. A man sets up his own sound equipment and sings self-penned tunes, with only half those present even noticing. Most people seem to know each other, and as we watch them interact it's clearly a scene of high ideals and laboured consensus. Good luck to them! 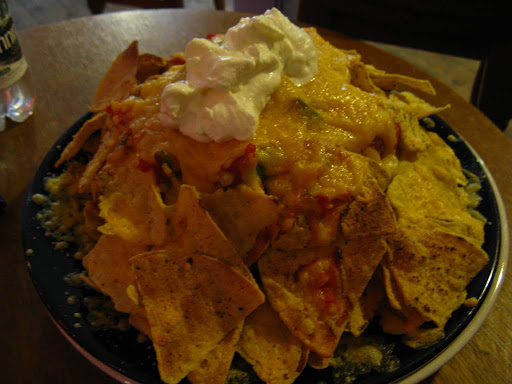 We're served the hugest and cheapest (and longest-coming) meal of our trip. Unfortunately there are few cues to indicate just how super-sized this dinner plate of nachos is - surely comprising an entire 200g packet of corn chips, if not more! Gooey and cheesy and unpretentious; more than enough to sate us until morning. 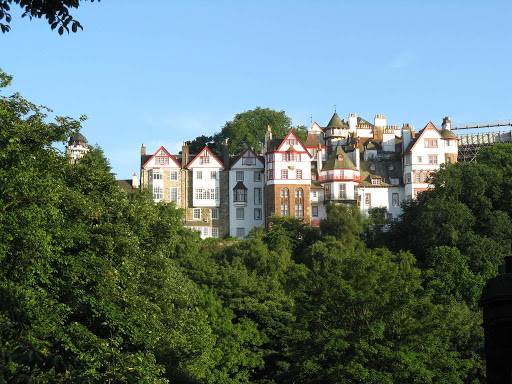