The centre of York is completely dominated by the Minster - a cathedral that was built between 1220 and 1480. It's a stunning building - as striking an example of gothic architecture as you can imagine. 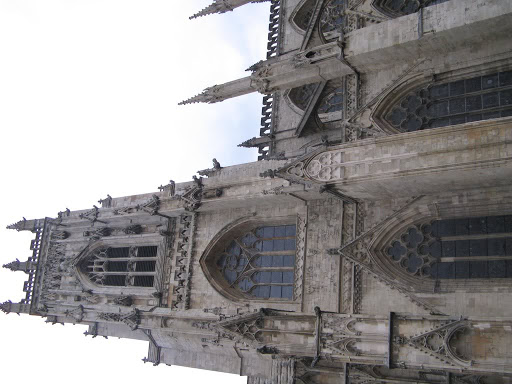 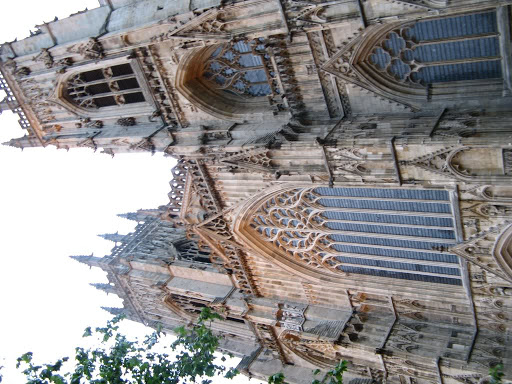 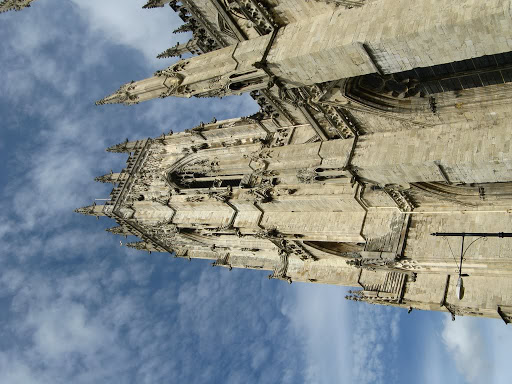 The inside is just as impressive as the outside - massively high ceilings, wonderful stained glass windows and an astonishing amount of detailed stonework - the chapter house in particular was studded with hundreds of intricately carved faces - it's little wonder the construction took more than two hundred years. 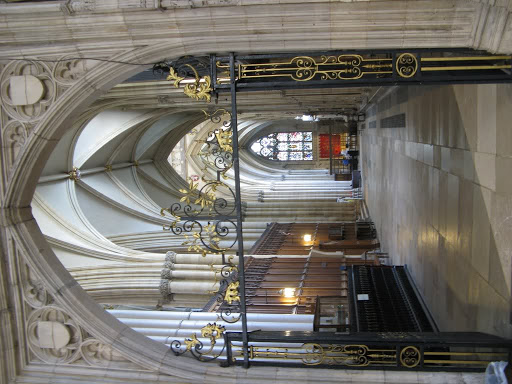 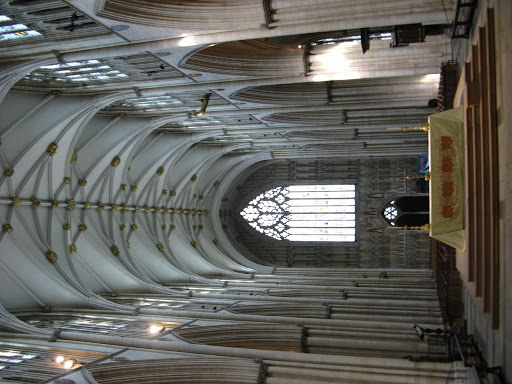 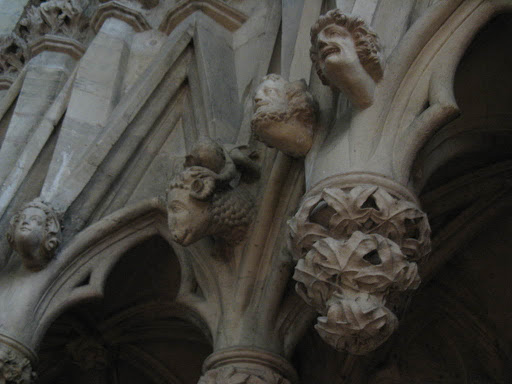 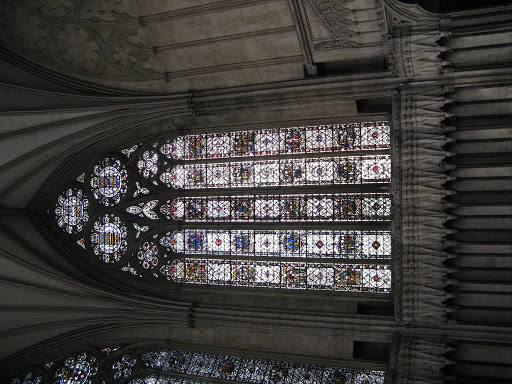 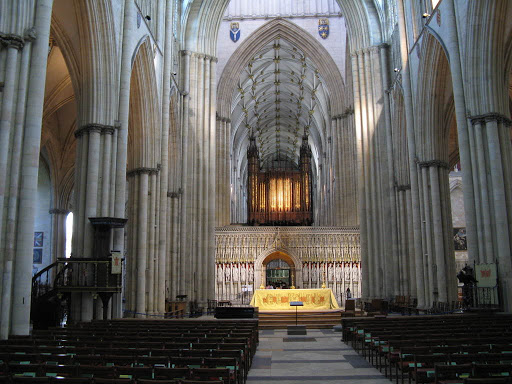 We also went for a brief wander through the foundations of the minster (where photos were prohibited) - there are still remnants of the massive Roman basilica that was originally situated here, as well as sections of the Norman cathedral that was replaced by the construction of the minster. The roman ruins are particularly impressive - either incorporated into the foundations of the cathedral, or simply built around, there are plenty of columns and stonework that remain, including a still functioning culvert that drains water from the foundations down to the river Ouse.
We followed up with a brief stroll through the museum gardens, stumbling across the ruins of the 13th century St Mary's Abbey. 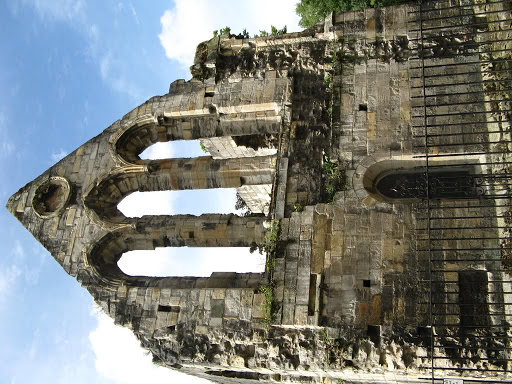 All this history left us both hungry, and we stopped in to Betty's, something of a York institution, for some lunch. It's basically a fancy tearoom, with lots of people enjoying traditional high teas. 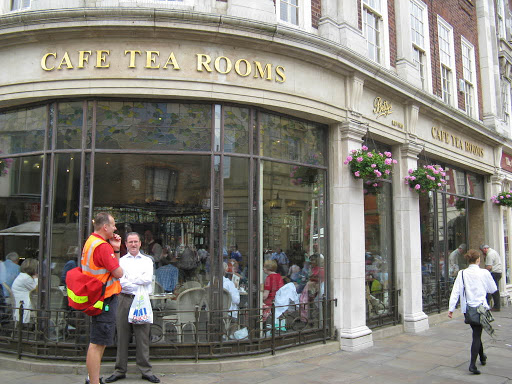 Cindy insisted that we needed to try whatever vegetarian local delicacies we could find, so both of us opted for the Yorkshire Rarebit. I think we were both imagining this as basically a fancied up cheese toastie, but it turns out that it's more like an entire block of cheese melted over a small piece of bread. The ale and worcestershire sauce gave the cheese a bit of flavour, and the apple and tomato chutneys cut through the grease a little, but the overwhelming impression was an overdose of cheese. 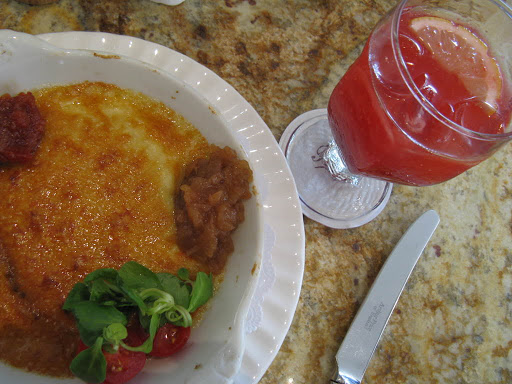 We decided to embrace our inner tourists and take a trip on York Boat, a 45 minute river cruise promising to show us the sights of York. Of course the river doesn't really go particularly close to the minster or the wall, so the sights are a little limited. Still, we got glimpses of one of the UK's oldest schools, St Peter's, and some pleasant river scenery. 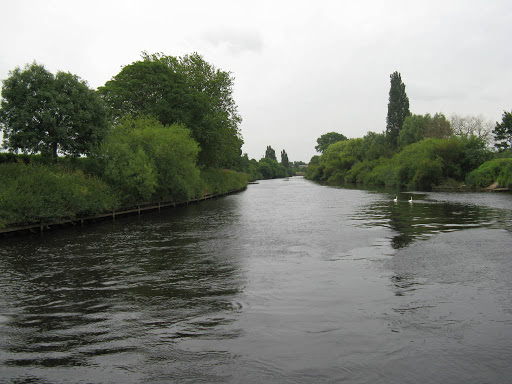 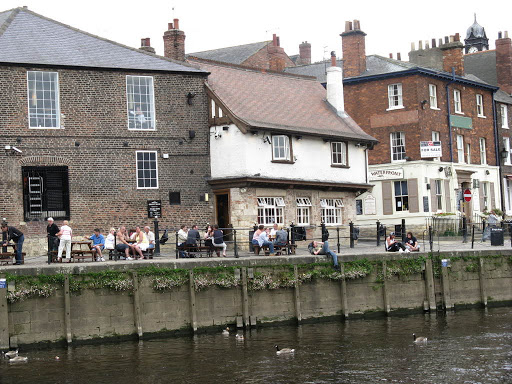 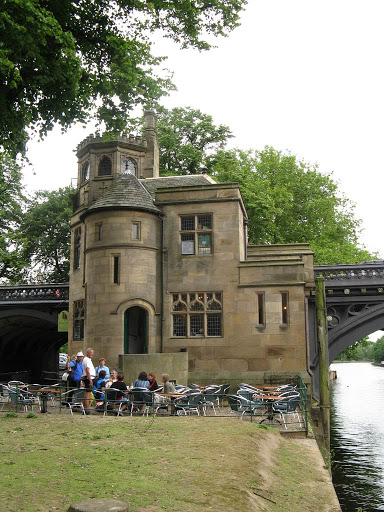 The boat dropped us off towards the southern end of town, so we wandered across to check out Clifford's Tower - all that remains of the 12th century York Castle. 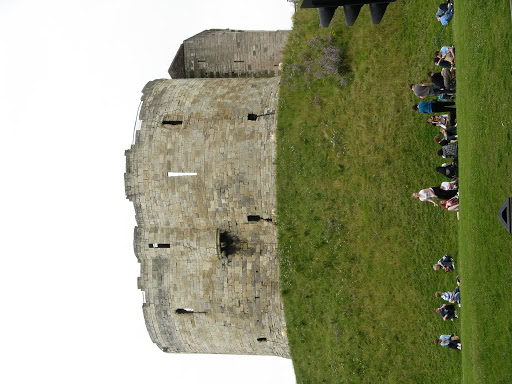 We didn't have the energy to climb the stairs, so we just mosied our way back through town, admiring some of the wonky Tudor buildings along the way. 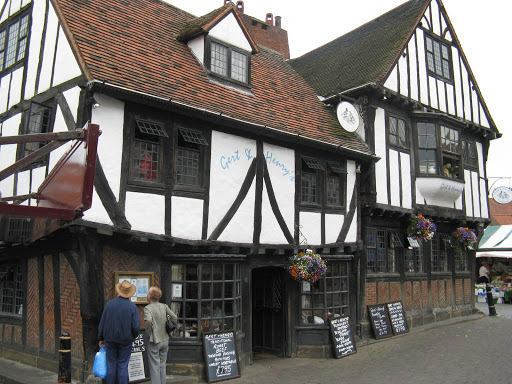 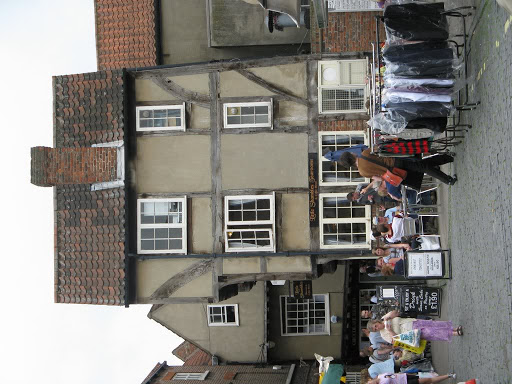 Where we headed? Back to Betty's for afternoon tea - although this time we went to Little Betty's, the slightly less crowded spinoff. Rather than tackle the full high tea, we settled on the cream tea - a pot of tea and a couple of scones with jam and cream to share. 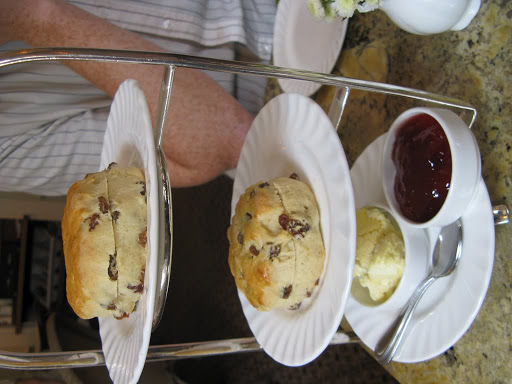 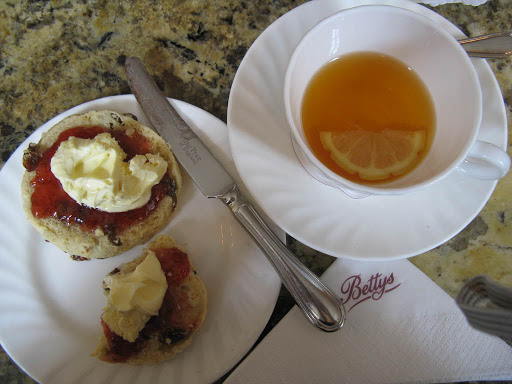 I'm not sure I really understand the point of the dainty afternoon tea tradition (I certainly don't fit in - sloshing my tea across half the table almost immediately), but it was a pleasant enough bite to eat. We headed back our accommodation for a quick snooze, and settled on a pleasant but uninspiring burger chain (Gourmet Burger Kitchen) for dinner.
Posted by Michael at 8:38 am