where's the best, these 16 months? 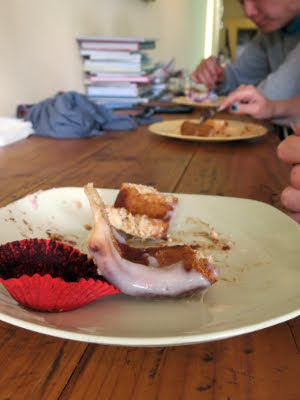 It's been more than a year since we updated our where's the best? page and, in the spirit of end-of-year list-making, we decided today was the day to get caught up. In that time we've chomped our way through more than a dozen veggie restaurants in Berlin, I blitzed Toronto (ten restaurants in six days!), we continued to discover wonderful cafes and restaurants in Melbourne and, in probably the eating highlight of the past year-and-a-bit, we worked our way through the entire Cutler & Co dessert menu. 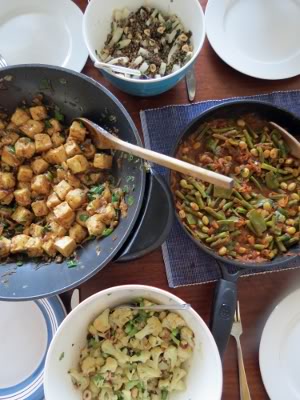 Cooking-wise, it was another year of Ottolenghi. We made at least ten more of his recipes this year - the black pepper tofu was probably my favourite - and held an Ottolenghi-themed feast with friends. Otherwise we've been heavily motivated by the contents of our fortnightly veggie box. When we get a cabbage we've been turning to okonomiyaki or white beans and cabbage, and when a pumpkin arrives we turn to miso curry pumpkin, piquant pumpkin pie or herb-crumbed pumpkin wedges.

Melbourne bloggers continue to inspire us too - Steph at Vegan About Town has added Nonya chicken, dan dan mian, chocolate cheezecake and caramel slice (with a little help from Johanna GGG) to our repertoire, Carla led us to cauliflower and caramelised onion tart, black sticky rice and tempeh bacon, while Lucy's palm sugar fried tempeh has us shallow-frying regularly and the surprise mint choc-chip icecream from In the Mood for Noodles is high on our dessert list. We were inspired to make coconut bacon by local veg cafe New Day Rising, but leaned heavily on Johanna GGG for the recipe. 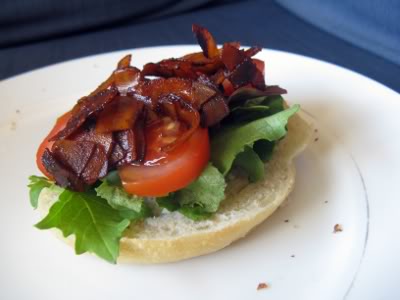 Spicy Peruvian 'cheese' sauce, crepas de huitlacoche con salsa de chiles poblanos and eggy quesadillas were our contribution to the Hispanic fever that's swept Melbourne's food scene, while we branched out a little further with these Brazilian carrot cakes. Cindy also tweaked a few old favourites to make them vegan friendly, inventing her own secret blend of herbs and spices for Kentucky fried tofu and taking the eggs and dairy out of French toast. The ice cream maker didn't get quite as much of a work-out as in years gone by but this date, rum and pecan ice cream was a dessert highlight. 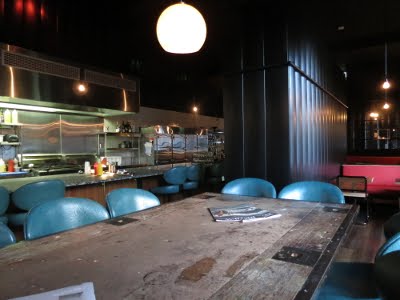 A couple of classic mock-meat places disappeared (the EBC and the Mercy Seat) but were more than adequately replaced by South, Ren Dao and Madame K. For pubby kind of food, we've dived into Brother Burger & the Marvellous Brew and The Beaufort, while Shanghai Street Dumpling was probably the best value place we discovered this year. Middle Fish, Mad Raven Pizza Deluxe, Market Lane mushroom burgers and Kaprica all do okay on a dollar:deliciousness ratio as well. At the other end of the scale, we had tremendous fancy meals at Movida Next Door and Attica and loved the mid-priced wonders being served up by The Moor's Head, Mamasita, Chin Chin and Easy Tiger.

Along with the couple mentioned above, we lost Indya Bistro and Robbies Stein from our favourites list, while Circa, the Prince has been transformed completely since we visited.

Somewhat surprisingly 2012 has been our least productive blogging year - we'll end up one short of 200 posts for the year. Twitter has taken up some of the slack, and we're continually amazed by the wonderful people we've met and become friends with via the web. Here's to a big 2013!
Posted by Michael at 5:52 pm