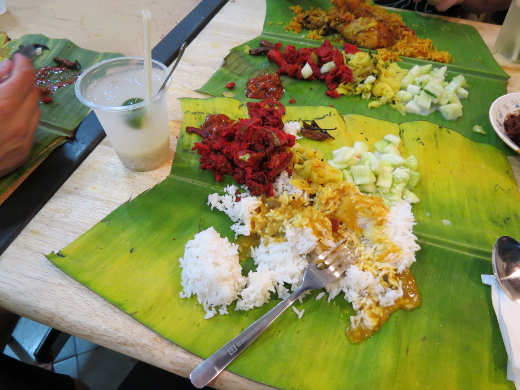 Our travels in Vietnam were bookended with a bit of time in Kuala Lumpur, a city we previously visited in 2010. This time round we had friends in residence, and they guided us to drinks by a 33rd floor pool on our arrival, followed by banana leaf curries for dinner. If memory serves, the dinner venue was Devi's Corner. Their full menu included a range of mock meats and vege curries, but sadly these were unavailable when we turned up late on a Sunday night. It's a good thing their basic vege plate is so impressive! We were treated to mountains of rice, as much dahl as we could handle, chilli pickles, milky cucumber chunks and an irresistible pink fry-up that we think was bitter melon (though it wasn't actually bitter at all, more sweet and silky like eggplant). While many other diners ate their meals adeptly with their hands, we were grateful for the cutlery available at the table. I was also pleased by the lime barley drink recommended by my friend, almost like a tangy bubble tea with its chewy grains. 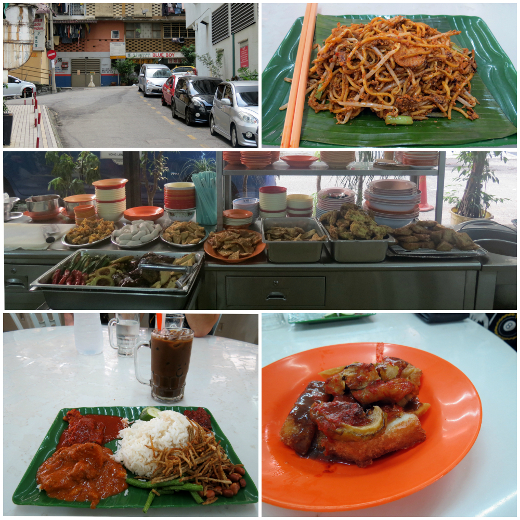 In a third episode of lucky accommodation location, we were within walking distance of Blue Boy, a food court that caught our fancy those five years ago. I couldn't stomach fried food so early in the day but Michael and Clamps gave it a good go. Between them they put away a nasi lemak, fried noodle, kopi o ais, and a bowl of assorted battered veges - it all lived up to Michael's fond memories. Only one staff member was proficient in English during Blue Boy's quiet morning rotation; his assistance, accompanied by a bit of pointing, served us just fine given the all-vegetarian options. (Note that there is egg and dairy here though!) 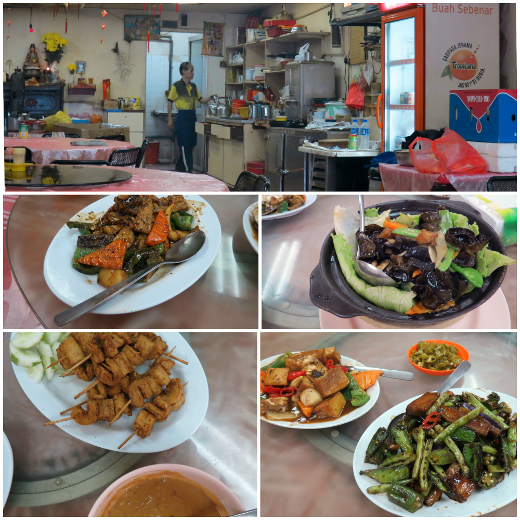 After exploring the Islamic Arts Museum (see a few light, airy photos in the slideshow at the end of this post), we wandered Chinatown seeking lunch. Plan A failed but the Happy Cow website on my local friend's data-enabled phone turned up a fine Plan B in Wan Fo Yuan. It was a little smoky and claustrophobic but provided a revolving tabletop of fine mock meats, which we'd picked from pastel-coloured albums of over-exposed photos. We disagreed whether the pepper fish, claypot or spicy beans, eggplant and okra were best... that is, until the satay sticks came out. Friends, they were THE BEST. 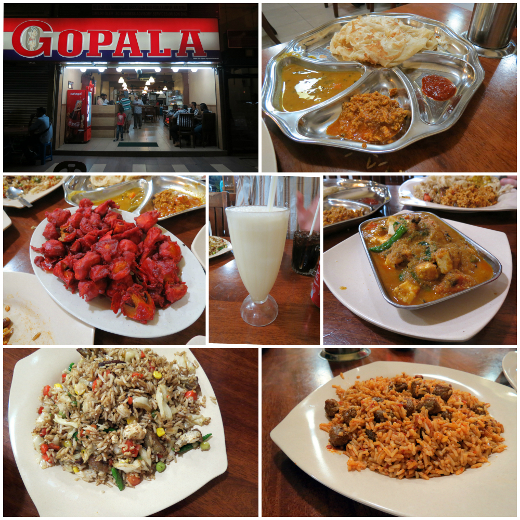 We hit Brickfields for our second dinner, seeking a veg*n Indian meal. I didn't realise we'd been to Gopala before, and was overwhelmed all over again by the 150 items on their menu. Michael and Clamps ordered up big, sampling roti canai, mushroom "65" (more pink batter!) and two kinds of fried rice. My paneer butter masala was specially recommended by the staff but only so-so, in spite of some nice spices. I was way more into their orange lassi. 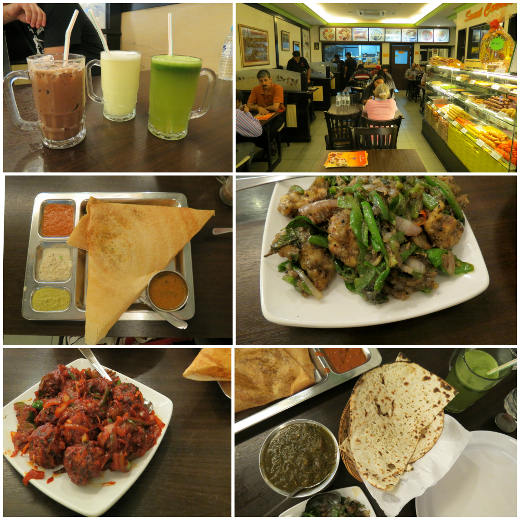 We circled back on veg Indian food for the final night of our holiday, recognising Sangeetha from the street. With another long menu, we couldn't help ordering large - Milo ice, lime mint cooler and a fiery ginger lemon cool, palak paneer, breads, and a spectacular triumvirate of mushroom masala dosa, chilli gobi fry and veg manchurian. It left no room for even looking at their neon-hued sweets cabinet.

Already nostalgic for cơm chay, Clamps sussed out a serve-yourself food court buffet for breakfast before check-out (though we don't know its name, it was located at street level next to the Ocean 77 Hotel on Petaling St). It was an omnivorous spread so Michael and Clamps picked through the options cautiously, nevertheless creating sizable plates of food. 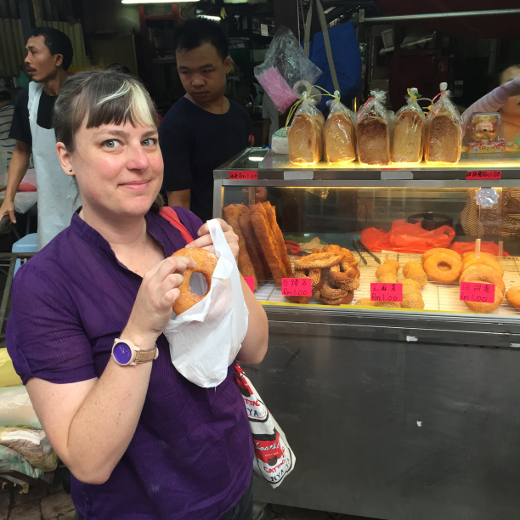 Instead, I settled on a couple of fried sweets from a nearby market stall. 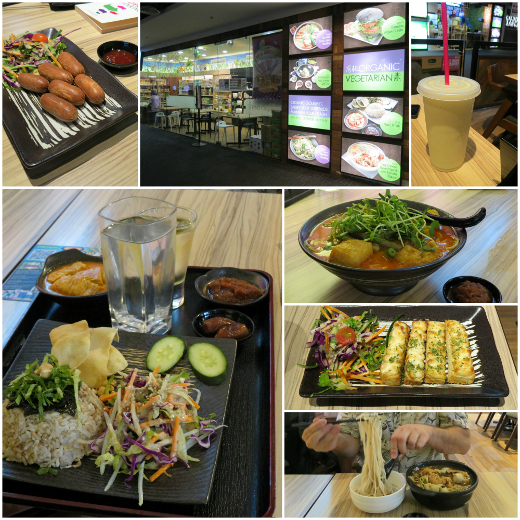 Our final KL shout-out must go to Be Lohas, an organic health-centred vegetarian cafe located in the airport (level 2, KLIA 2 - outside security). Twice we fueled up there while waiting to board a plane. Their mini hot dogs and soy cheese toast fingers were as delightful as their larger meals were satisfying - Clamps was very nearly defeated by his claypot with noodles! While their dishes had a distinctly macrobiotic edge, they weren't short on flavour - my avocado smoothie was the first one to taste more of the fruit than of sugar and Michael gushed about his spicy soy milk laksa. I stretched out my Ramadan-special nasi lemak for some time, browsing between the brown rice, crunchy coleslaw, and curried yuba, before finishing with fruit tea and a couple of dates.


Though we didn't spend as long exploring Kuala Lumpur as we did in Vietnam we enjoyed the city's distinctly different approach to veg*n eating. The thick sauces and curry noodles even suit the Melbourne winter we've returned to.