Our 2000th post has been the prompt for a bit of navel-gazing here at where's the beef?. We've updated our design and our where's the best? list, given our 12 hour tour a make-over and added a linked suburb index to our restaurant list. We've also done some poking around in our stats and come up with a few observations.

Cindy continues to shoulder the heaviest load, writing about 60% of our posts (not to mention diligently editing the rubbish I produce and doing all the tidying up of our photos).


We've now posted reviews of 745 different restaurants, including at least 110 places that have subsequently closed down, giving us a closure rate of 15%. Which seems high to me, but I guess we've been doing this for more than eight years, so there's bound to have been some turnover. 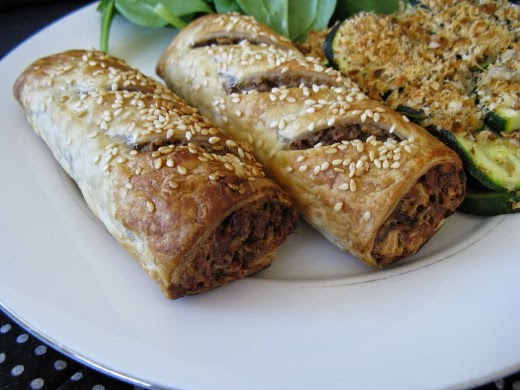 Our most popular post is still (and will always be) the vegan sausage roll recipe (it's had more than five times the number of visits of its nearest rival). Despite being published in 2008, it's the most visited page on our blog almost every week. Other popular posts are mostly restaurant reviews - the Smith & Daughters launch, Supermaxi, Gujju's and Vegie Mum round out the top five (at least according to Blogger's stats).

Our posting rate has slowed steadily since our initial burst of enthusiasm (where we were occasionally posting more than once a day!). June and July are our least productive months, while January is our peak. If the trend over the first eight and a bit years continue, we'll have ground to a complete halt halfway through 2024. 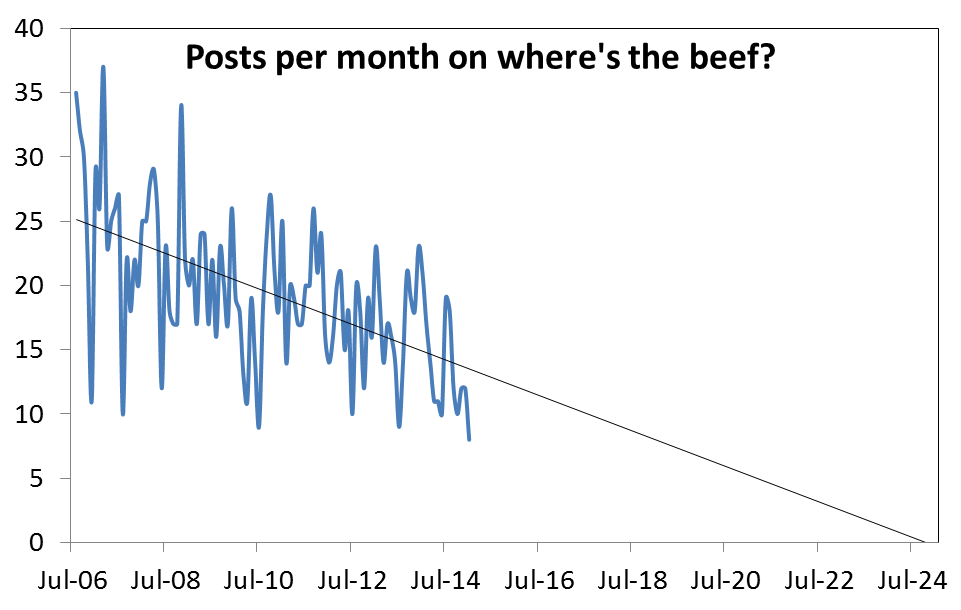 Which won't matter at all, because by early 2017 our visitors will have completely dried out. At least if you assume a quadratic formula is the best fit to the data - I'm optimistic about the sixth order polynomial I've fitted below. We'll be hitting new heights of popularity in no time! 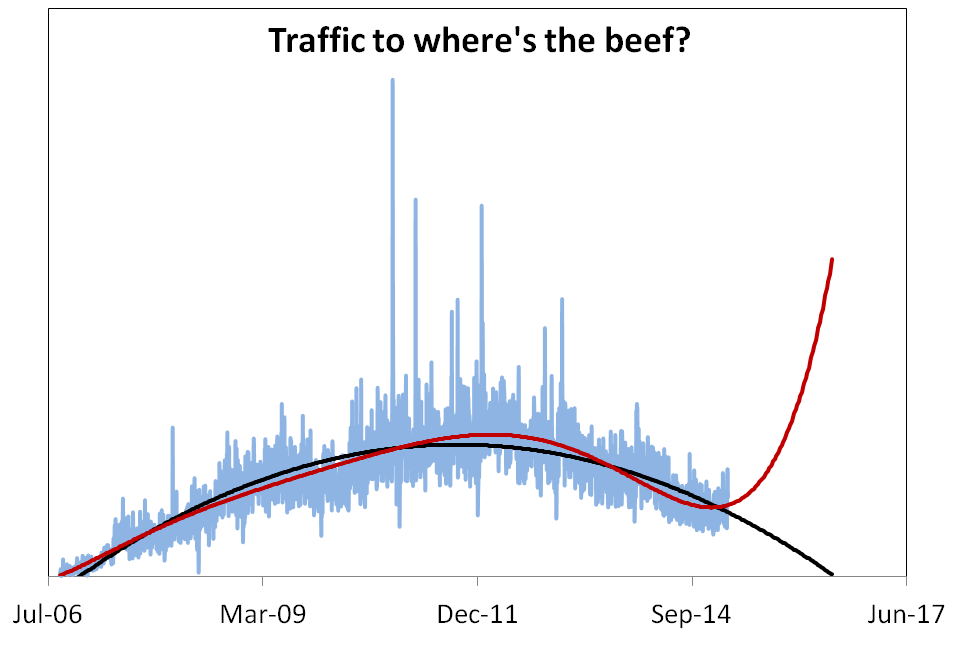 Thanks for sticking with us through our first 2000 posts - the decline in our posting rate suggests that we may not make it to a 3000th post (predicted last post: 2513), but we'll see the handful of you who'll still be visiting in August 2016 when we mark a full decade of blogging.
Posted by Michael at 11:25 am