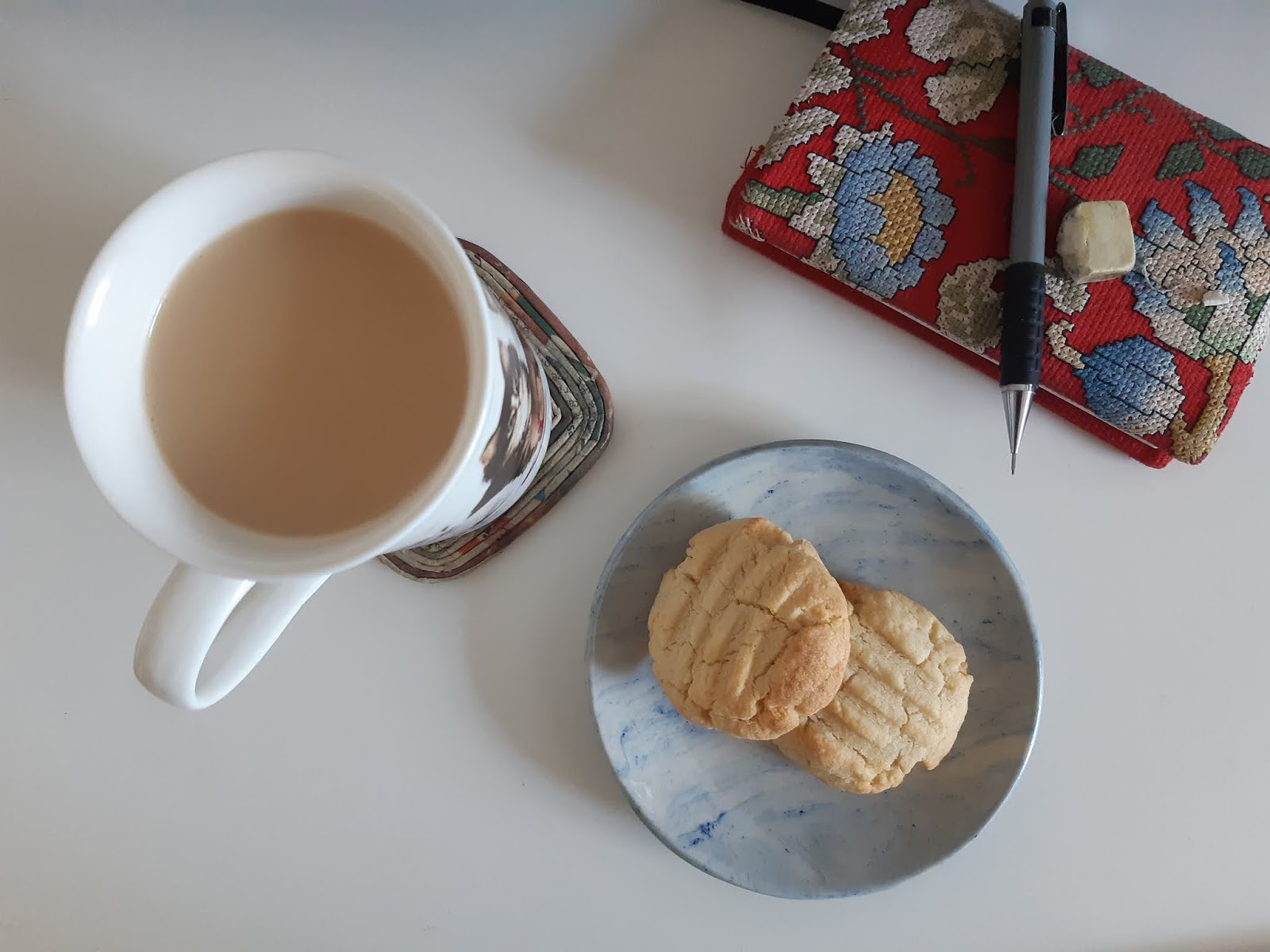 For the weekend's lockdown baking, I wanted to keep it low-key. I was trying to remember what the second great Ottolenghi cookie was that we had at that summer barbecue; I was pretty sure it had tahini in it and that the recipe would be available online. I'm not convinced that I actually found the same thing, but these tahini cookies were the closest match to my memory.

In their favour, these cookies are easily made vegan, can be prepared by hand in a single bowl when vegan, and have ingredients that I usually stock. However, I was dredging the bottom of the tahini jar where the oil had separated from the solids, and I didn't successfully smooth out all the lumps in the dough when I was mixing by fork. The extra little pockets of tahini in the finished cookies were pretty fun, like a burst of halva.

Otherwise these are just simple shortbread cookies with a welcome extra flavour, easily baked within an hour and popped in an airtight container to share with a friend or snack on mid-afternoon. Their major rival in my baking repertoire is this recipe, which I'll generally prefer but for the effort of buying macadamias.

Preheat an oven to 180°C. Line baking trays with paper.

In a large bowl, cream together the margarine and sugar - you can use an electric mixer, or simply a fork. Beat in the tahini, vanilla and cinnamon. Ideally the mixture would be smooth, but don't worry if it's difficult to smooth out every last lump of tahini. Sift in the plain flour, and mix well to form a dough.

You're supposed to give the dough a bit of a knead, but I was lazy and went straight to forming biscuit balls. Take generous teaspoons of the dough and form them into spheres 1.5-2 cm in diameter. My dough was a bit crumbly and I found a pressing action using my fingertips a bit more effective than the usual rolling between my palms. Space the dough balls out on the baking trays, and lightly press them down with a fork to slightly flatten them. Bake for 15 minutes, then cool on a tray.
Posted by Cindy at 8:42 pm