We had a fairly unconventional Easter Sunday, heading out east with our mate Michael for walks and eats. We hit Box Hill's Vegie Hut first for yum cha. 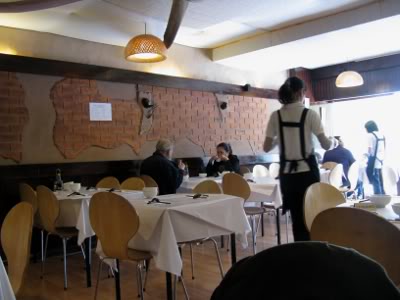 While it isn't quite so glamorous as Sydney's Bodhi in the Park, there's much to love about Vegie Hut. The yum cha plates are still just $4.20 each, the same price this restaurant was charging when we first visited in 2008. And all-vegetarian yum cha (I can choose anything, ANYTHING from the menu!) is always a luxury. Many seem to appreciate it - though the photo above shows a few empty tables 10 minutes after opening, Vegie Hut rapidly fills and reservations are advisable. 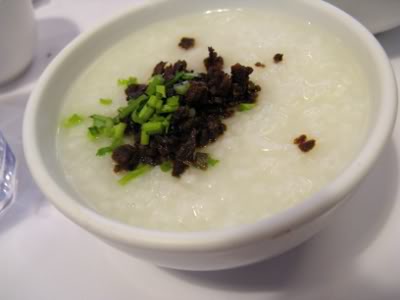 Congee is complimentary with multiple orders from the yum cha menu - warm, salty and gently filling, I can see why it's a sick-day comfort food for so many. 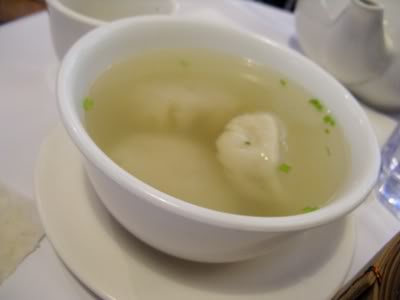 I was actually hoping that the 'soup dumpling' would be dumplings filled with soup (made famous in Melbourne by HuTong) but it's served the other way round. Less of a marvel, but still quite tasty. 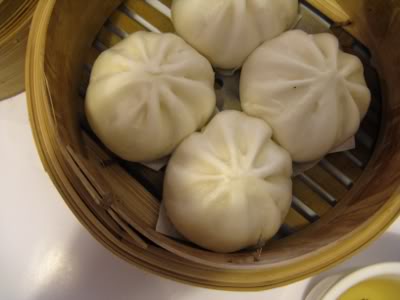 I was quite insistent that there would be BBQ mock-pork buns.  Sweet-savoury and freshly steamed, we all loved them and ordered seconds. Thirds, to ensure that we each had a equal number, was tempting. 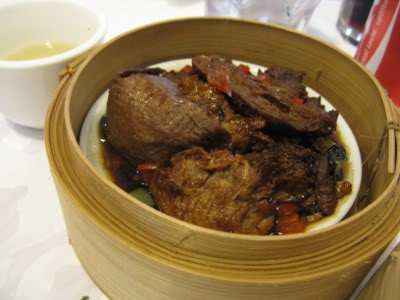 The steamed ribs in black bean sauce aren't very rib-like, but the dish is really all about the silky, savoury sauce. 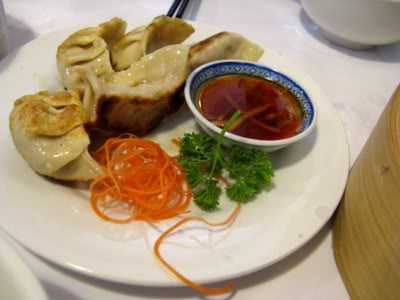 The grilled dumplings also warranted a second round. As well as crispy-fried edges, they had a fetching gingery kick to them. 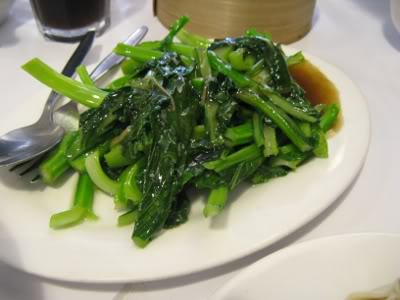 We cut all the richness as best we could with steamed choy-sum in vegie-oyster sauce.


While there's no shortage of mock meat in Melbourne's inner city, a trek out for yum cha is always a treat. There's just nothing quite like a BBQ mock-pork bun... its *ahem* non-veg namesake aside.
____________


You can read about our first visit to Vegie Hut here. Since then, their yum cha has been blogged and loved by veg*ns at The Fairest Feed and Vegan About Town (twice). Vicki Vegan was less impressed by the banquet, while the a la carte options are reviewed favourably at Black Bunny Carousel. Positive accounts also appear on omni blogs Spatula, Spoon and Saturday, Fooodgasm and Foodies N Places.
____________


Accessibility: Vegie Hut has a few steps on entry and a high density of tables. There's full table service. We didn't visit the toilets.
Posted by Cindy at 8:34 am