Update 31/12/2014: Rather sadly, Veggie Kitchen had a falling out with their landlords and were forced to close. We remain hopeful that they'll pop up somewhere else, but it's not looking promising. 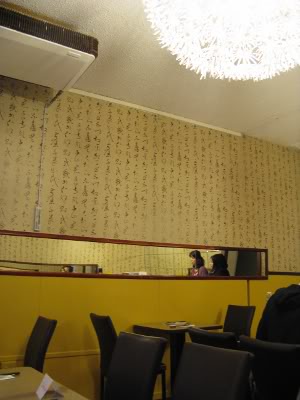 Veggie Kitchen is a Taiwanese restaurant that opened in Northcote little more than a month ago. It established a presence on Facebook before opening and this has probably played some part in its early success - they've been reportedly turning people away on many a busy evening. To ensure ourselves a table, we made a reservation with K and Toby early on a Saturday night.  (You can read their account of this meal here.)


Veggie Kitchen is run by two sisters who are strong advocates of the healing properties of healthful vegetarian foods, with many of their dishes inspired by the principles of Chinese medicine.  They go right down to the basics, even making their own tofu, spring roll wrappers and soy milk. The menu marks items containing wheat, dairy or egg clearly and we found that the majority of dishes were free from all three.  Our host encouraged us to try the banquet (at $28 per person) and we were happy to oblige. 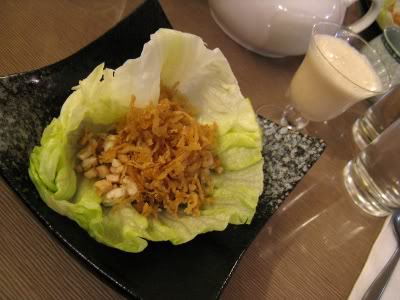 The banquet begins with the lettuce delight and a sprout apple soymilk. The lettuce filling of  tofu and crispy-fried enoki mushrooms did delight us as promised and the thick, slightly sweet smoothie was pleasantly surprised this soy milk sceptic. 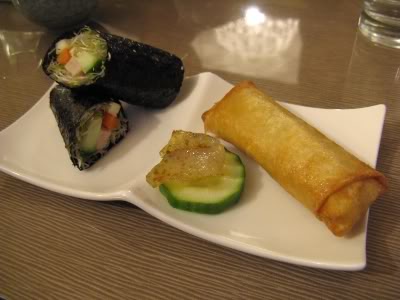 The entree featured a spring roll and seaweed hand roll. Alfalfa sprouts made a light, fresh substitute for sushi rice in the hand roll and the salty vegetarian ham was unexpectedly complementary. Our host also pointed out the most unusual element of the dish - a konjac jelly flavoured with soy sauce (thanks to Toby for IDing this one!). 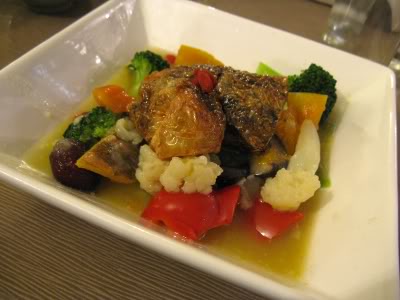 It was then that things got serious. Out came the five elements vege pots, with far more than five ingredients apiece. The veges' flavour had plenty of space to come through the thick mild broth and a scattering of goji berry added an interesting sweetness. I loved the faux fish on top, very tender and just a little crisp on the outside. 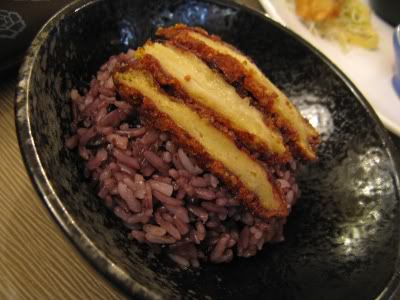 The forbidden rice (a recipe that was initially exclusively for the Emperor) arrived soon after, topped with  faux chicken strips. Subtly sweet and not at all gluey, I would have happily scoffed the lot were it not for the next plate turning up... 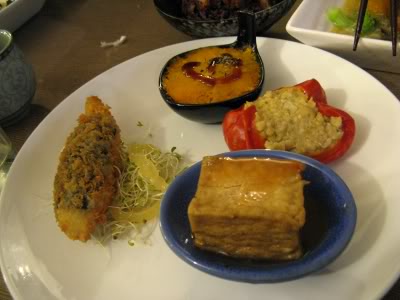 This plate held (clockwise from the front) braised tofu, a crumbed faux-prawn cutlet, baked pumpkin garnished with soy sauce and a Tawainese stuffed capsicum.  The variety was almost overwhelming, with hearty baking contrasted against showy frying and light garnishes. 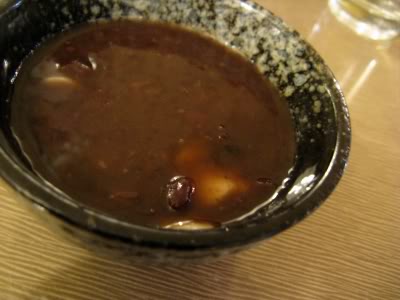 At last dessert rolled around and we elected to share the two options. The standard dessert is a mild tofu pudding covered in thick sweet red bean syrup. 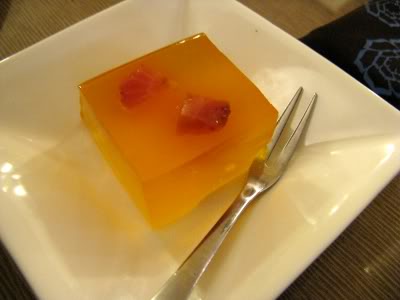 Cake of the day was a small fruit konjac jelly square.


I've not encountered any other restaurant in Melbourne that serves food quite like the Veggie Kitchen.  Every dish had a delicacy and thoughtfulness about it - contrasts in textures and temperatures hit the right spot again and again.  There were one or two minor elements that did not appeal to me but that was entirely down to personal taste and not the quality of the meal.  The banquet price is very reasonable and the staff were utterly welcoming - I can only hope that these qualities continue to attract customers to Veggie Kitchen in the months to come.