Food for the field 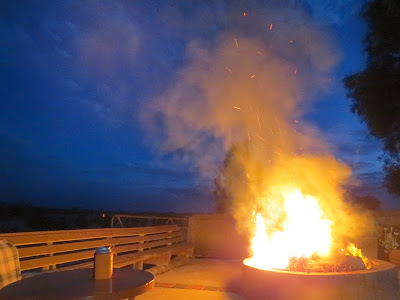 Last week my work took me out to the field - wandering woodlands, measuring trees and tracking their embattled offspring in the north-west of Victoria. Our mission was a little vague, but the company was good and the weather was spectacular. We drove and walked and talked and ate together, and I learned a lot along the way. 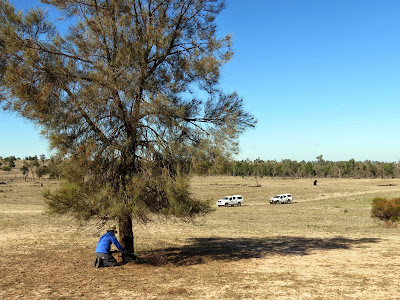 'We' were a team of seven, making the six-hour drive from Melbourne and setting up camp in an isolated but unexpectedly luxurious lodge. Unable to assist with the driving, I volunteered to manage the food. I've had a bit of practice. 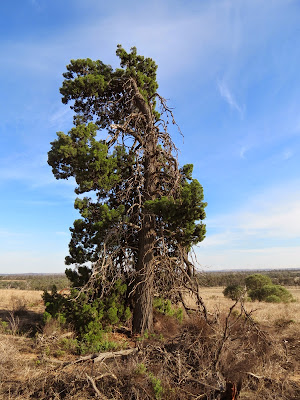 Still, it's not my weekly habit to cater to so many - including meat-eaters, a coeliac and a fellow with a selective nut allergy - and I floundered estimating quantities of bread and milk. At least the meal strategy that I blogged a couple of years ago helped a lot. 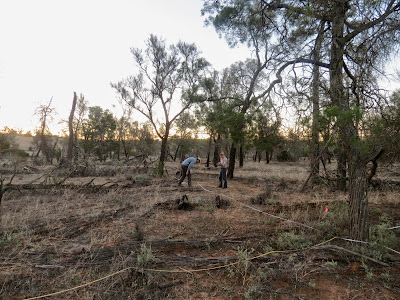 I recycled many meal ideas from that last big trip. Cereal and toast, tea and coffee and juice with BYO alcohol. Fruit and muesli bars, trail mix and jelly lollies. I bought ready-made felafel for sandwiches, while others pitched in with extra fruit, allergy-friendly snacks, sliced meat and coeliac-friendly sandwich substitutes. 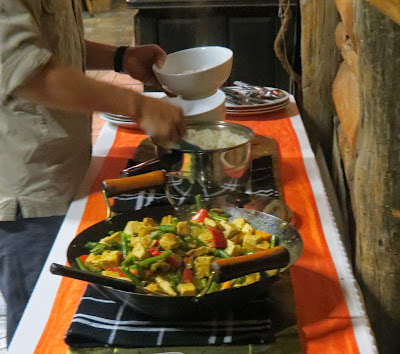 For dinner we ate lentil tacos (canned, for rapid cooking) with myriad trimmings, then a Thai red curry with tofu, lots of vegetables and steamed rice. 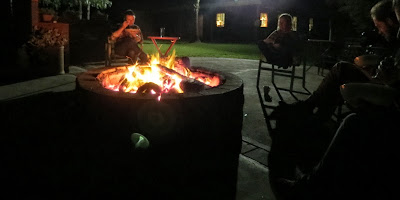 On the last night I pulled out a spice paste I'd prepared earlier and made the eternally awesome Mondo chickpea curry. Instead of serving more rice I gave Lucy's baked polenta a go, doubling the quantity and stirring in half a block of parmesan. This unlikely pairing was a roaring success eaten by an outdoor fire. 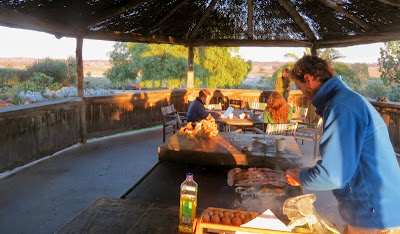 On the last morning, I was relegated to toast duty while a colleague fried up eggs, bacon, spinach and mushrooms on the barbecue. As we wolfed it down I thanked everyone for the favours they'd granted that week, hoping that I'd be able to reciprocate one day. While we all interpreted it as an offer of workplace assistance, I'd probably consider a catering role too.
Posted by Cindy at 7:04 pm