Many months had passed since we last made our way to Windsor for the Polish goodness of Borsch, Vodka and Tears. So, on some flimsy pretext or another, Cindy arranged a night out with Mike and Jo-Lyn to introduce them to the longest vodka menu in Melbourne. I settled for a Polish beer of some sort, but Cindy got into the spirit of things and ordered up a Pleasant Street Tea (turkish apple tea, pomegranate syrup and wild honey bee vodka, served piping hot; $8.50): 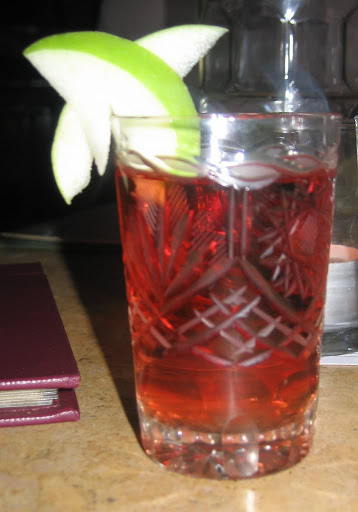 As well as a ridiculous number of vodka options, BV&T has a surprising (for a Polish place) number of vego options and Cindy and I did our best to avoid duplication with our last visit. We started out with some Polish borsch (which is apparently more watery than the Russian version) with a handful of porcini mushroom uszka (pan-fried Polish dumplings) floating (sunk to the bottom actually) in it ($13). 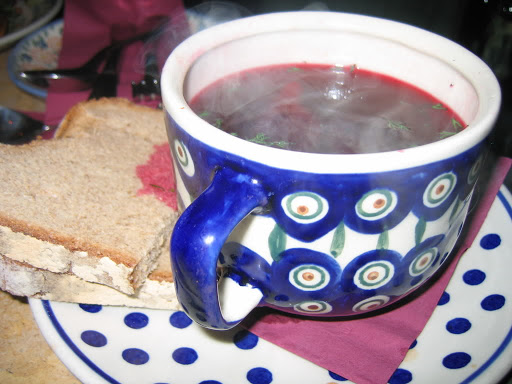 We followed up with kopytka ($13), pan-fried gnocchi served with a wild mushroom ragout and finished with truffle oil, which was a rich and hearty treat perfectly suited to the current burst of winter that seems to have engulfed Melbourne. I was only disappointed that I had to share it with Cindy. 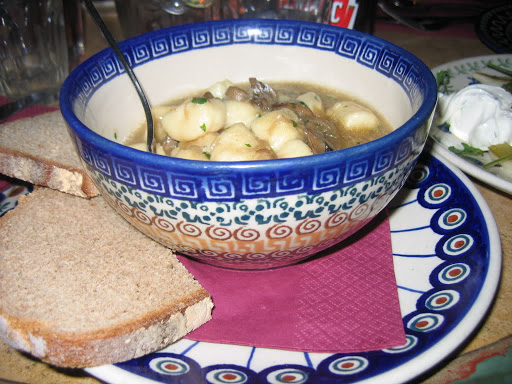 For all our best intentions about trying new things, it would just be silly to go all the way to Windsor and then not indulge in pierogi. In fact, I don't think anyone would have been complaining if we'd just told the waitress to keep on bringing pierogi until we were all stuffed. On this occasion we limited ourselves to just one plate full of the potato and cheese variety ($13.50). All I'll say is that it was a good thing they served up an even number of them. 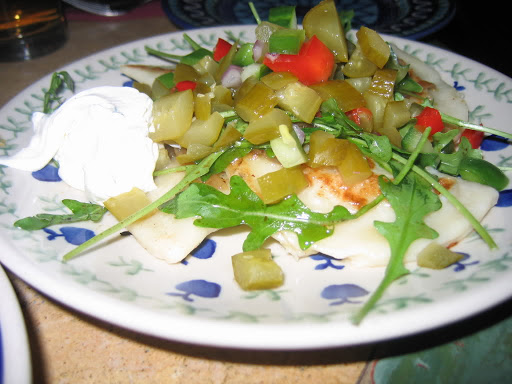 We'd remembered this time to leave enough space for dessert and Cindy and I shared some Russian crepes with strawberries and apples served with cream and raspberry coulis ($10). It was fine - quite good in fact, but I think next time I'll ignore the call of dessert and just order another plate of pierogi. 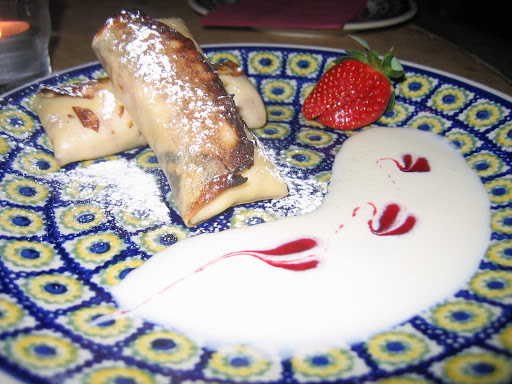 I can't remember what Jo and Mike had (I do know they didn't end up with the gypsy sausage soup, despite Mike's urging), but there's a ridiculous selection for meat-eaters so I'm sure it was tremendous. Needless to say, the sophisticated Polish vibe remains, as does the friendly and prompt service. So whether you're after an array of absinthe and vodka, a selection of hearty vego delights or an authentic Polish sausage, I'd highly recommend a trip to Borsch, Vodka & Tears.
Read about our previous visits here and here.

They also have a new website: www.borschvodkaandtears.com
Posted by Michael at 5:24 pm