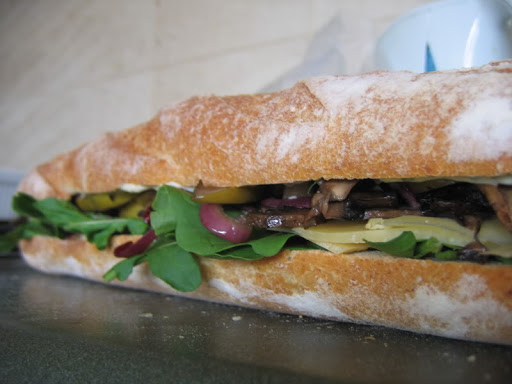 You know in Blondie comics, how Bumstead is always trying to construct huge triple sandwiches to feast on at midnight? Or do you remember that Simpsons episode where Homer takes home a 10 foot hoagie from a company picnic, hiding it from Marge like a secret lover when the mayonnaise starts to turn? I've never understood that devotion to sandwiches. Maybe for a burger with just the right herb and sauce combination, but only if there were some top-notch chips on the side, right? An unheated, unaccessorised sandwich couldn't really engender that kind of feeling on its own, could it?
On Saturday I found one that hit that kind of mark. Michael and I planned a visit to Yarra Bend Park for a walk and some very amateur bird watching. We wanted to be there around dusk and so sorted out a little picnic for dinner. The main feature of this picnic was the French-Style Roasted Vegetable Sandwich from Moosewood's New Classics cookbook. Sweet, tangy and creamy, it was good stuff. Take a look at this recipe and don't be put off if you think it looks like a bit of effort - the result is well worth it! 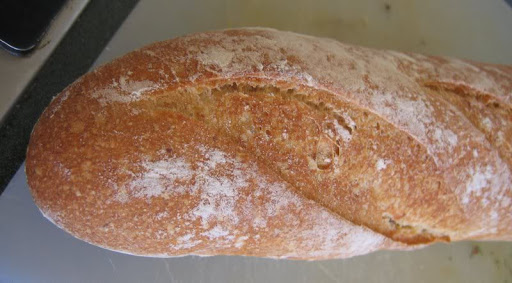 1. You need a 20-inch baguette. We bought a sourdough baguette from Brown's down the street. Cut it long-ways through the middle. 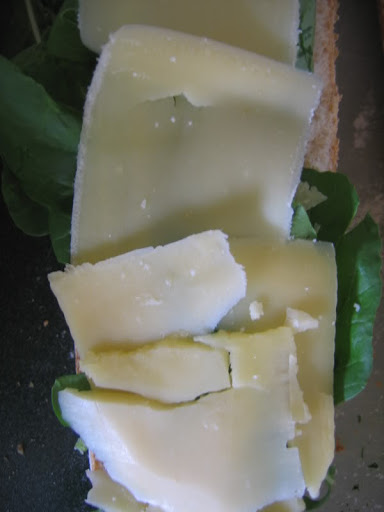 2. The first layer is some greens. The original recipe has a cup of aragula, but I just grabbed whatever looked good at the fruit shop.
3. The second layer is sliced Gruyère cheese. Thanks to the feller working at La Parisienne Pate, who referred us to rival deli the Lygon Food Store, since they were all out. 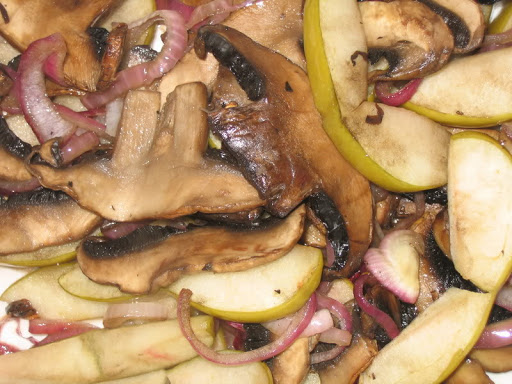 4. The roasted veges are a granny smith apple, half a red onion and three enormous mushrooms, all sliced finely. Put 'em in a smallish baking dish with a few dabs of butter and bake them at 200 degrees C for 15-20 minutes, just until their juices start to run a bit. Then cool them before spooning them on top of the cheese. 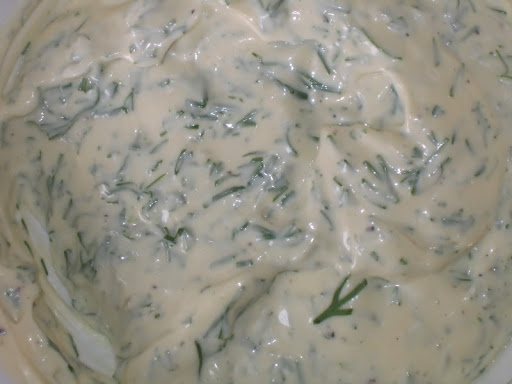 5. The final addition to the super sandwich is dill mayonnaise, spread on the top baguette piece. The original recipe just recommends buying some mayo and mixing in a tablespoon of fresh dill. If you're that way inclined, I suppose you could buy a bottle of trendy Simon Johnson dill mayonnaise from your local deli for $9.90. Pfft! I made my own, using a couple of eggs, the juice of half a lemon and about a cup of cheap olive oil. It tastes fantastic, only takes 5 minutes in a food processor and you can bet it cost less than $9.90. There's plenty of time to get busy while the fruit and veg are in the oven. 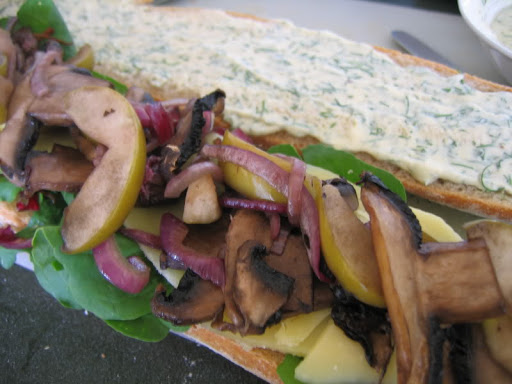 6. Put the top on, cut it in half or in thirds and wrap it up for later. It's gonna be sweet, it's gonna be tangy, you are gonna love this when it's time to unwrap it and dig in. And with the hour or two of anticipation, the moment's gonna be even sweeter! Here's the scene where we passed that time at Yarra Bend Park: 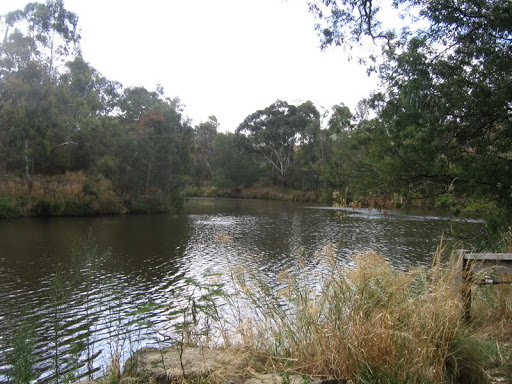 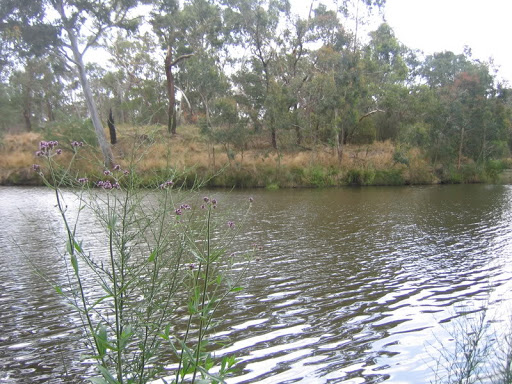 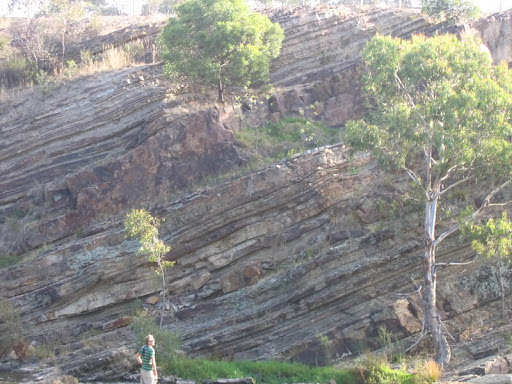 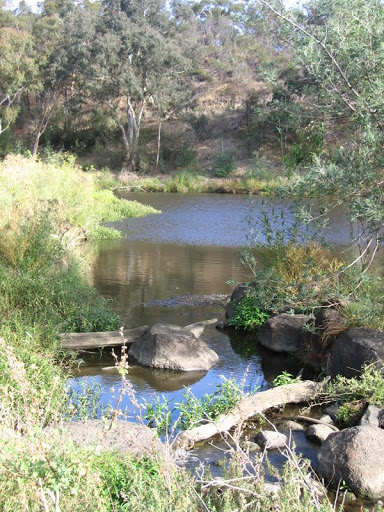