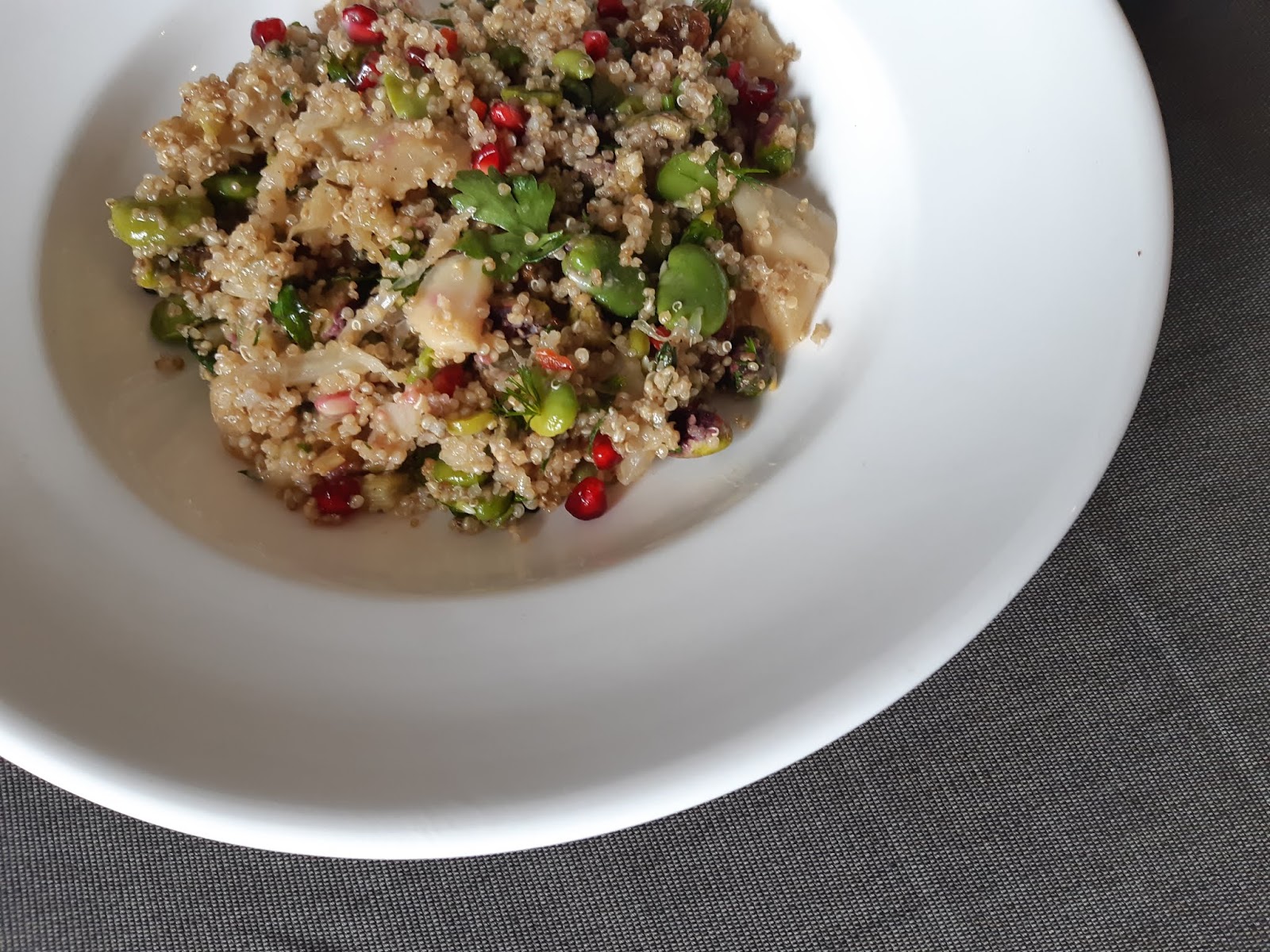 We've been ordering lots of veggie boxes during this weird lockdown period (can recommend both Theodore's and The Local Drop if you're in the market). Our last box came with 3 bulbs of fennel, which left us scratching our heads a bit - luckily, Ottolenghi had us covered. Plenty More had a fennel and quinoa salad that perfectly used up our three fennel bulbs as well as a bunch of herbs we had lying around.

It's a nice combo of sweetness from the fennel, zing from the lime and nuttiness from the quinoa. We ad-libbed and threw in a couple of classic Ottolenghi ingredients that we had to use up - pistachios and pomegranate - which certainly didn't hurt. It's a relatively easy weeknight meal - you can serve it with some fried haloumi or something on the side, but it works as a meal on its own too.

Fry the fennel in 3 tablespoons of the olive oil on high heat for about 5 minutes - you're trying to get a bit of colour going. Lower the heat and keep cooking, stirring occasionally until it's all nice and soft - maybe another 10 minutes. Add the sugar and vinegar and a good shake of salt and cook for another couple of minutes. Kill the heat and set aside.

Cook the quinoa as per the instructions (about 10 minutes in boiling water should do it). Drain and then combine with the fennel, beans, chilli, cumin, herbs and raisins.

Carefully skin the limes, removing the pith and extracting the fleshy segments. Slice them up a bit and add them, along with the rest of the olive oil, to the salad. Stir and serve.