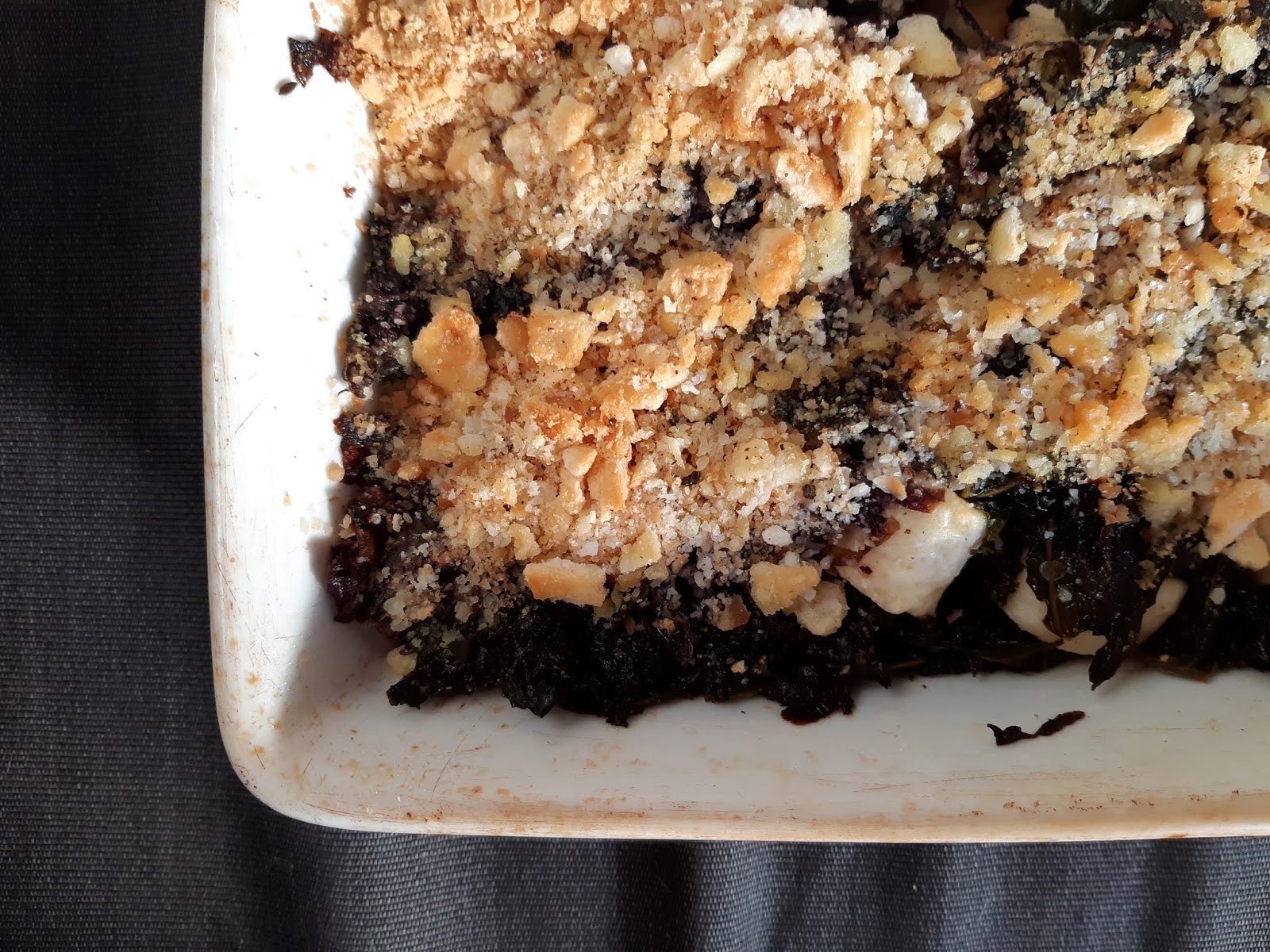 We've been getting veggie boxes from Theodores and The Local Drop over the past few months, which has been great for prompting us to mix up our dinners a bit. This week's box had a small radicchio and a small bunch of kale, which Cindy thought would fit well with this old Serious Eats recipe she'd bookmarked years ago. The original recipe uses a big red cabbage, but our veggies substituted perfectly.  It's a super easy, super cheap, winter meal - cook the veggies down and then bake. It's delicious as well - the bitterness of the radicchio gets milder after it's cooked down and pairs well with the rich gnocchi. We didn't have easy access to breadcrumbs so we replaced them with crumbled up crackers, which worked surprisingly well. 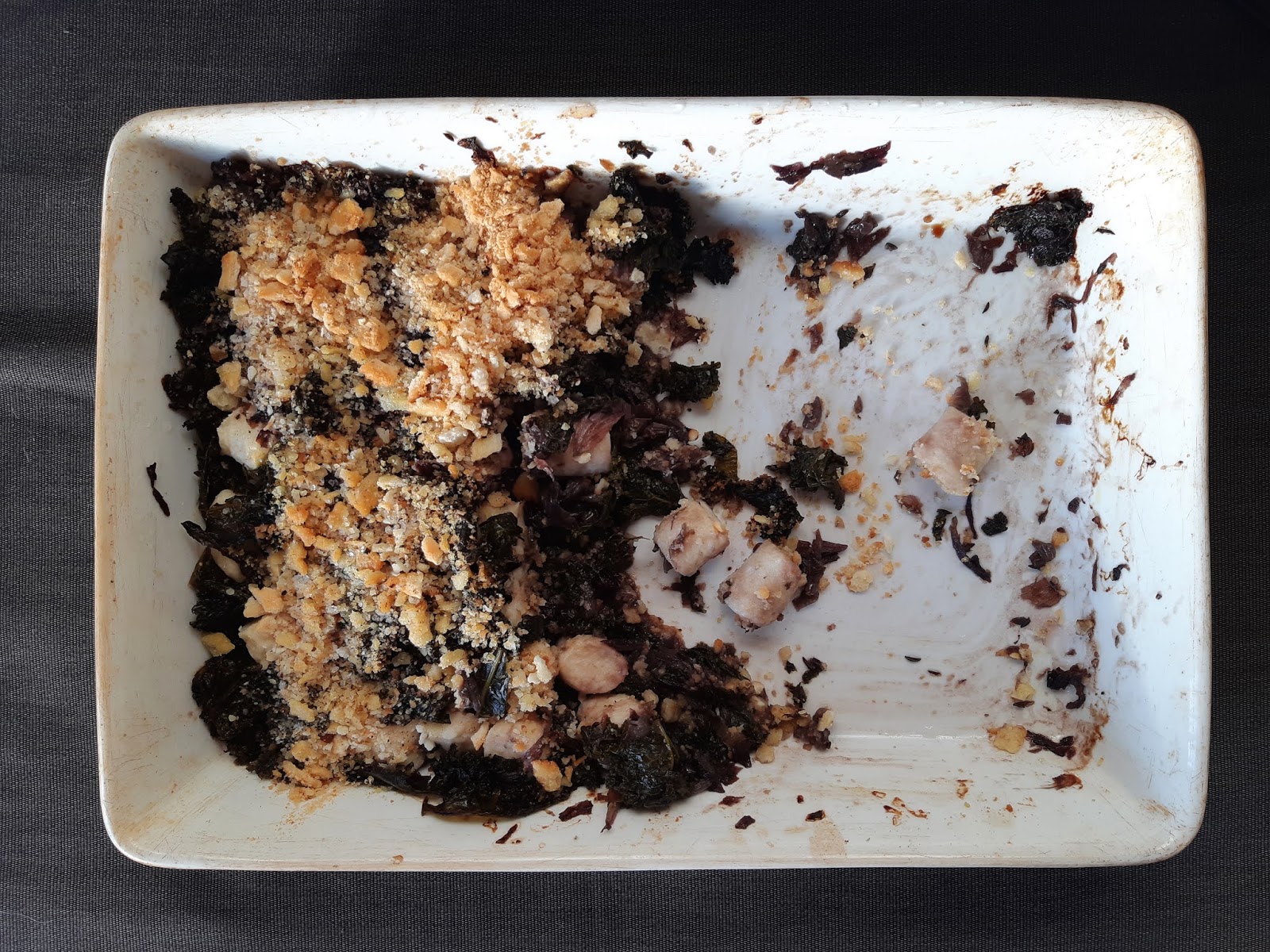 Gnocchi & radicchio gratin
(based on this recipe from Serious Eats)

Heat the olive oil in a large pot. Add the caraway seeds and, after 30 seconds throw in the butter. Once it's melted, add the onion, kale and radicchio and stir everything together.

Lower the heat, cover the pot and cook for about 40 minutes, stirring occasionally - you want everything to get really soft. Stir through a generous amount of salt.

While the veggies are softening, preheat the oven to 200°C and then cook the gnocchi as per the instructions - if anything, cook them for less time than you're supposed to. They're gonna bake for a while too.

Spread about 3/4 of the veggie mixture over the base of a 20cm x 30cm baking tray. Arrange the gnocchi on top and cover with the rest of the veggies. Sprinkle the breadcrumbs on top and top with a few twists of ground pepper and a drizzle of olive oil.