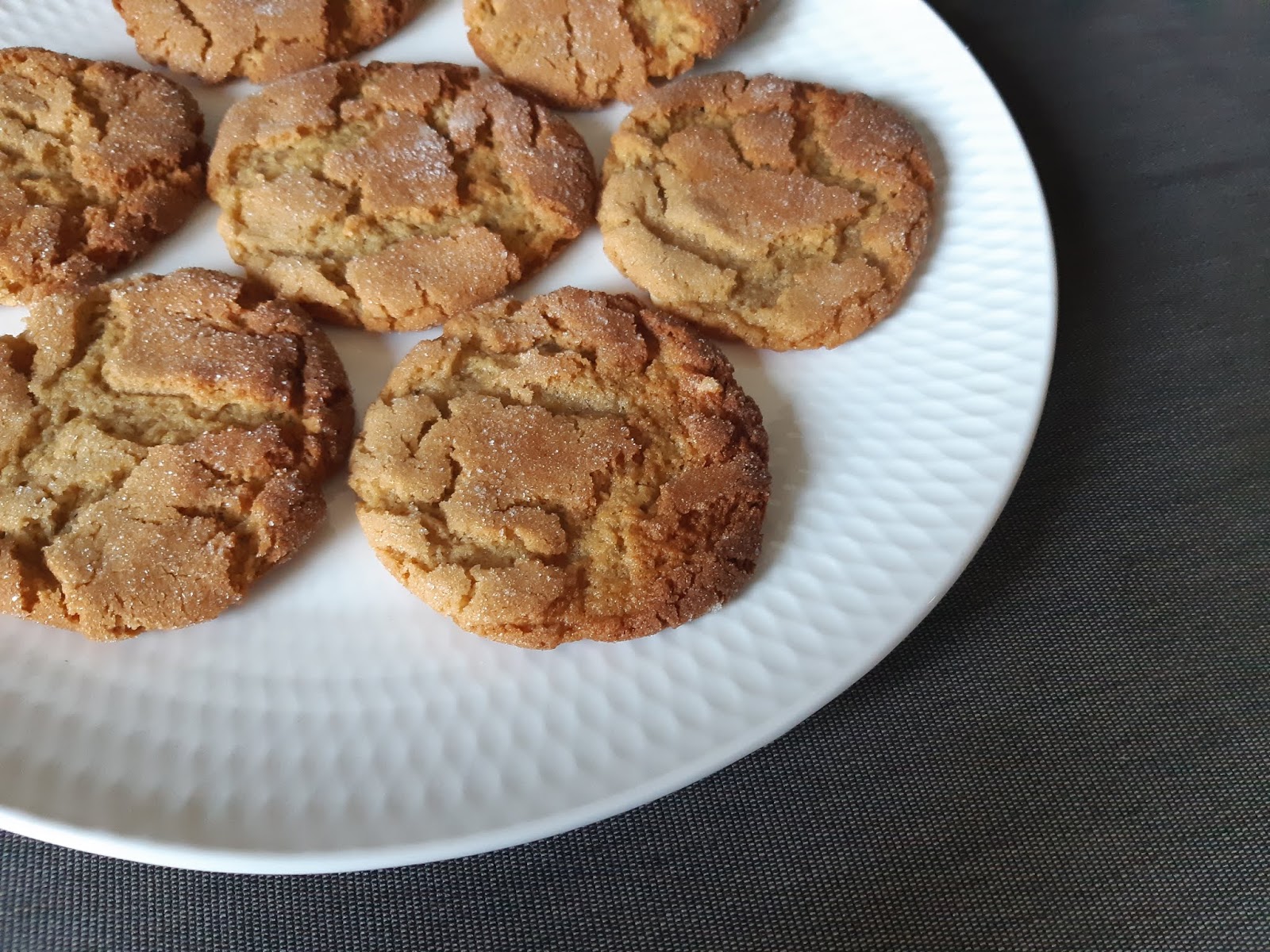 Hannah, who I follow on instagram, posted a peanut butter miso cookie from Falco Bakery. This was such an appealing combination for me: I imagined salty-sweet, nutty-chewy, with a subtle fermented complexity. Within seconds I'd tracked down a similar recipe on the New York Times website, and in a few minutes more I'd confirmed that I had all the ingredients I needed at home. Then my hand mixer broke spectacularly, spraying metal shards into butter at the very first step of preparation. It took a couple of days for me to restock on butter and start again with my big stand mixer.
This NYT recipe has been developed by a fussy optimiser. It has three kinds of sugar, instructs you to refrigerate dough balls on baking trays overnight, and then pull out the cookies mid-bake to bang them against a bench. I played my batch out much more casually, using whatever sugars I had, letting the whole dough refrigerate just long enough to roll easily, and leaving my bench the hell alone.
The cookies had a remarkable texture, crisp on the outside and soft-chewy in the middle, even though they had spread a lot and were quite thin. They were very sweet and very salty, not as nuanced as I'd been hoping for, and not all that strong on the peanut butter. I might try unsalted butter, 1/4 cup white miso and 1/3 cup peanut butter next time to see if I can pull off a flavour ratio that's more to my taste. There's a lot to love here, and I think they'll be worth a little extra effort. 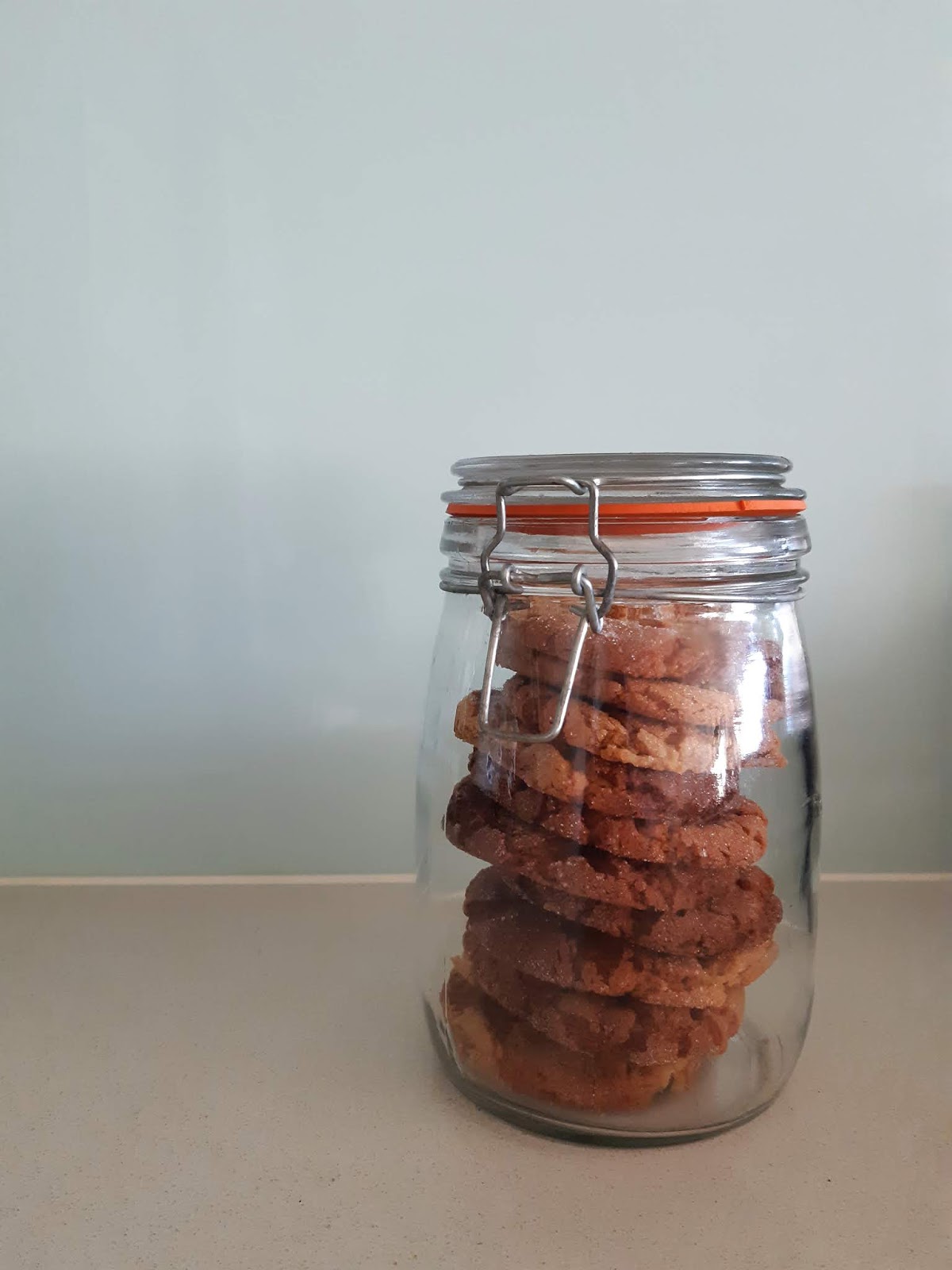 Sift the flour, bicarbonate of soda and baking powder into a medium bowl.

Beat the butter in an electric mixer. Beat in the brown and caster sugars until very well mixed. Beat in the miso and peanut butter. Beat in the egg and vanilla. Gently mix in the flour, in three batches. Refrigerate the mixture for up to 2 hours.

Retrieve the biscuit mixture from the fridge. Roll generous tablespoonfuls of the dough into balls, roll those balls in the extra sugar, and place them on the baking trays. Bake for 15-20 minutes, until firm at the edges but still soft in the middle. Allow the cookies to cool for at least 5 minutes before transferring them to a cooling rack.
Posted by Cindy at 5:25 pm