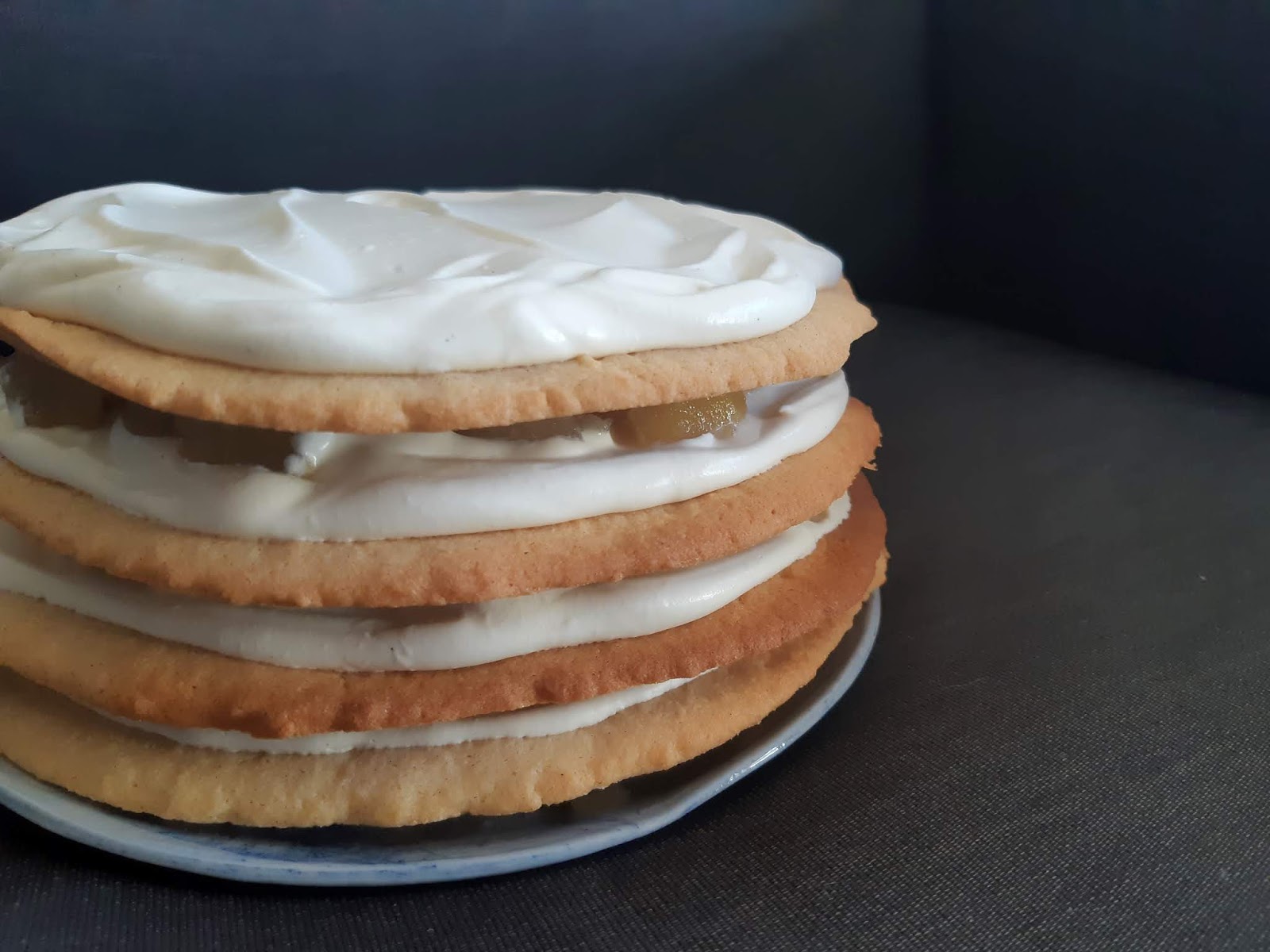 I've been building a habit of baking once a week throughout this lock-down period, most often from the Lab Farewell Cookbook. Jane reminisced that this dessert was usually cooked for a crowd in her family, originally by her mum. It is intended to tower at seven cake layers, making "~20 small but adequate servings". I've kept those quantities below but in practice, for lack of a crowd, I made two-thirds the recipe quantity into a four-layer cake.

The cake baking is a little unusual. Jane explains that it's a little more like a biscuit dough, and instead of using a regular cake tin that dough is rolled out into big flat circles, each baked separately. I couldn't fit 9-inch circles on my trays, but I stretched as large as I could and traced circles onto baking paper in an attempt to build neat, consistent layers.

Between those biscuity layers, there's stewed apples and whipped cream. I stewed 6 apples, in the assorted varieties I had to hand, with 4 cloves, a tablespoon of brown sugar and a splash of water. I only stewed them to a point where they were soft but still held their shape. They made for pretty chunky layers in the torte and didn't spread out easily. I enjoyed their texture, but stewing the apples to collapse might make for a neater, more even torte.

The final direction is to give the torte a few hours rest between assembly and serving. It's a handy approach for a spreading out any party hosting stress, and it renders the torte easier to slice and serve. Our two-thirds torte made around 10 servings and they were more that adequate: they were a treat we looked forward to all week. 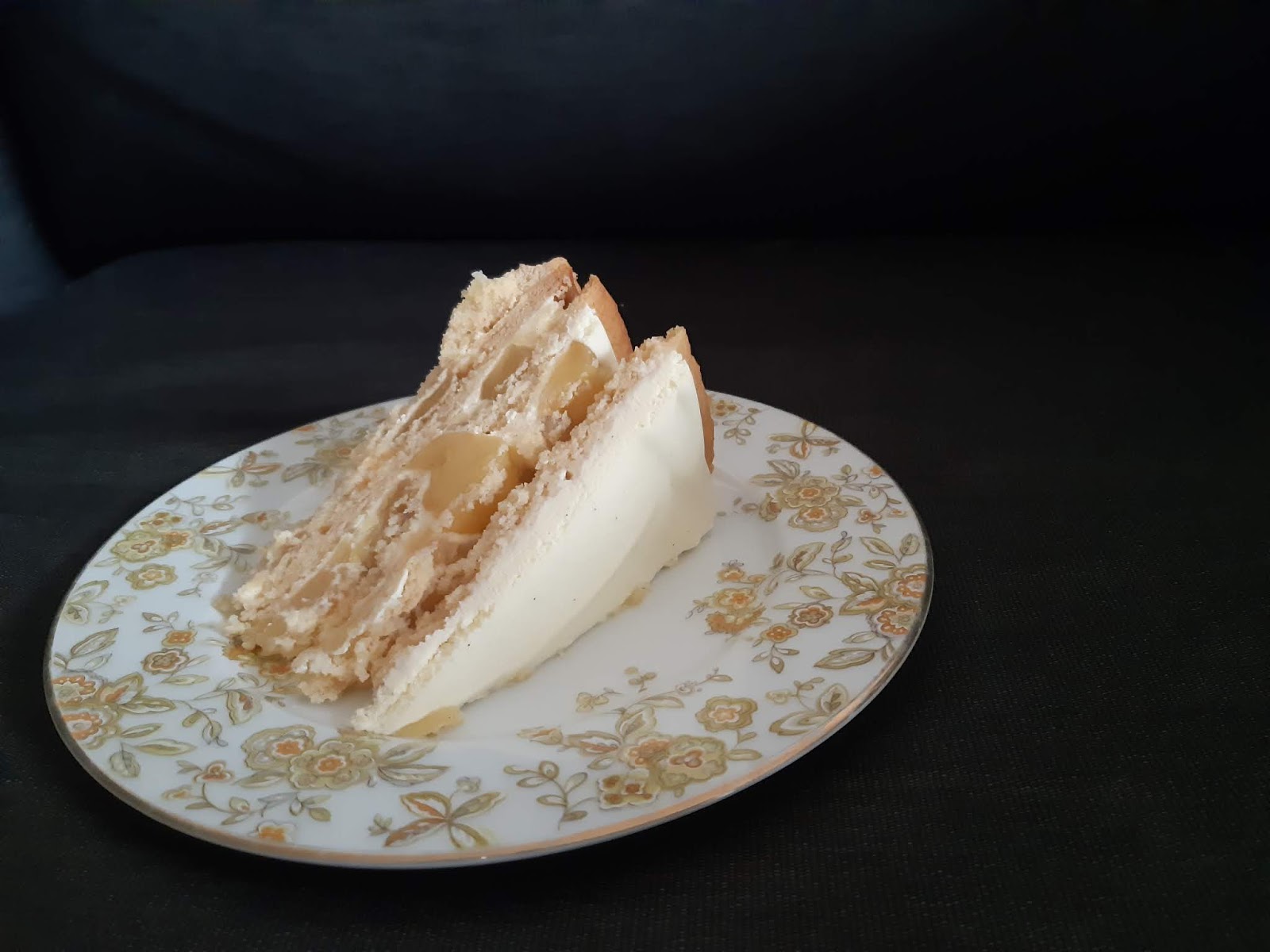 Beat together the butter and sugar in a medium-large bowl. Beat in the eggs one at a time. Sift together the flours, salt and cinnamon, and gradually mix them into the butter mixture to form a soft, sticky dough. Divide the mixture into 7 balls. Place a ball on the blank paper sheet, then one of the circled papers on top, and roll out the ball until it fits the circle. Flip it over, peel off the plain paper, and place the biscuit and its circle paper on a baking tray. Repeat for the baking trays you have, then bake the biscuit layers for 10-12 minutes, until they're only just starting to brown at the edges. Repeat until you've baked all 7 dough balls into big biscuit circles.

When the biscuit layers have cooled and you're ready to assemble the cake, whip together the cream, vanilla and sugar until it's thick and sturdy. Spread a layer of stewed apple on each biscuit and place the first one apple-down on a serving plate; spread the top with 1/7th of the cream. Repeat each layer apple/biscuit/cream until everything is used up. Give the cake several hours at rest before serving: the flavours will mingle, the biscuit layers will soften, and the cake will be easier to cut.
Posted by Cindy at 10:55 am